The Modern Warfare season officially kicks off on January 24 with the Call of Duty League Launch Weekend.

Competitive Call of Duty is entering a new era, with the premier competition no longer being an open circuit of events, but instead a franchised league.

The first stage of the CDL will be a launch event on January 24-26, taking place in Minneapolis, Minnesota.  All twelve teams will compete, meaning fans will be treated to the debut of every new roster.

Here’s everything you need to know about the CDL Launch Weekend.

On January 24, it was announced that YouTube Gaming had obtained the exclusive streaming rights for all Call of Duty League matches and events. We have included the videos-on-demand for all three days of action at the Launch Weekend. 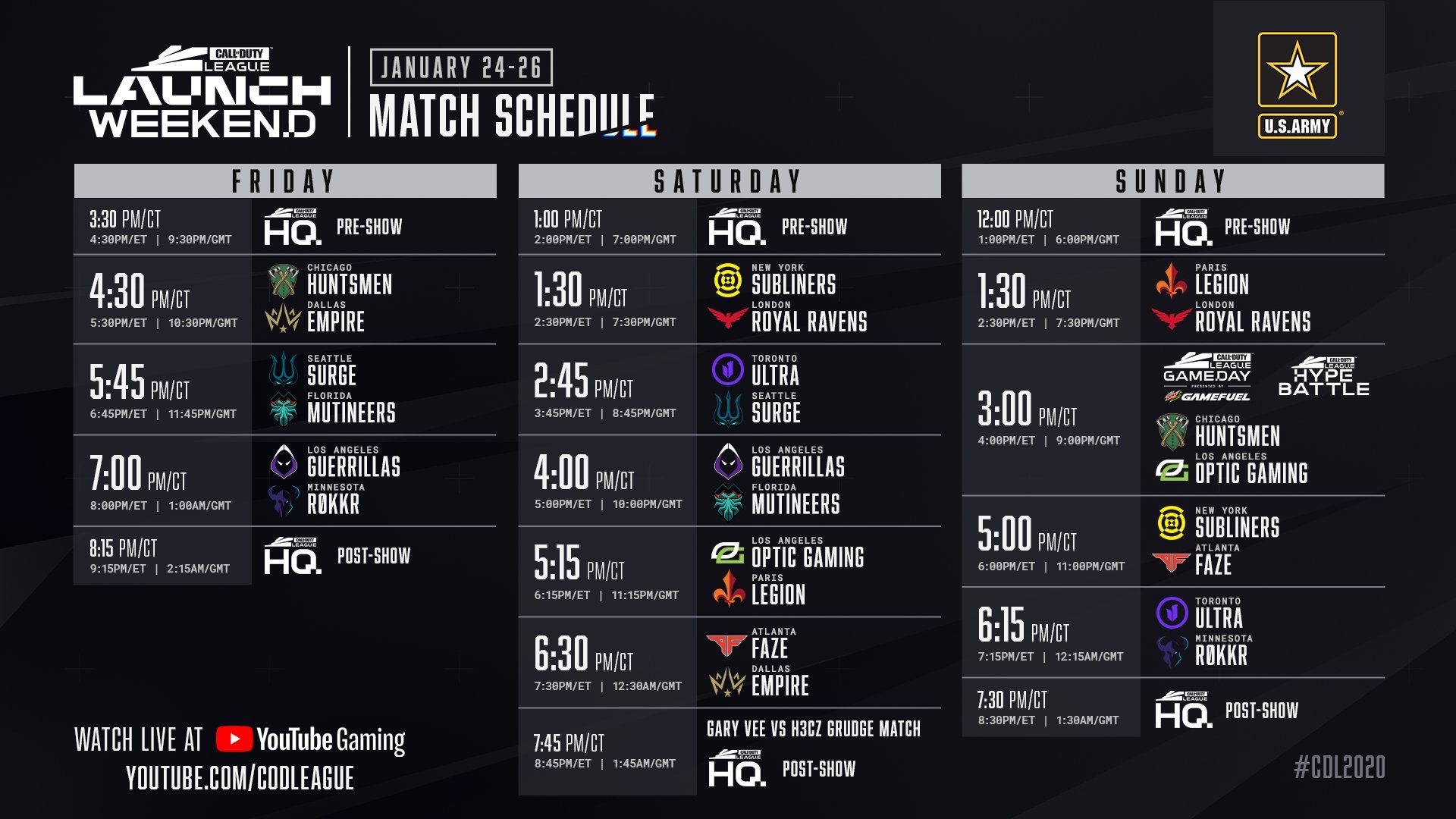 The official schedule for all three days of matches at the CDL Launch Weekend. 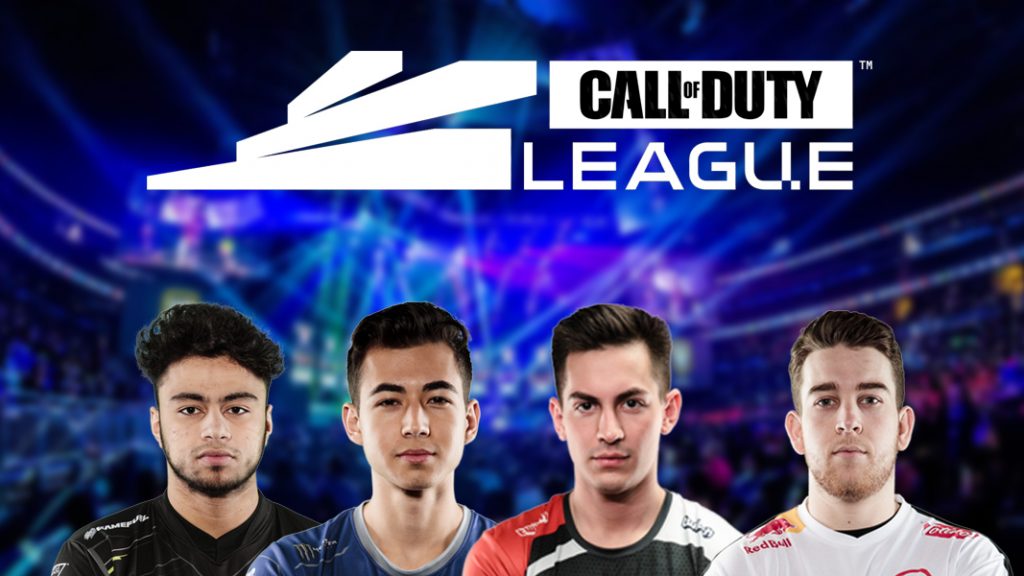 "It felt really good because a lot of people were saying they're the best."

?️ @Huntsmen CEO @H3CZ explains why it's important to have @garyvee in the #CDL2020

"We need people like Gary, a literal internet superstar, we need a fresh pair of eyes."

? Here are some of the top plays and highlights from Day 3 of #CDL2020 Launch Weekend.

Minnesota @ROKKR co-owner @garyvee has the utmost respect for @H3CZ ?

"I'm so genuinely happy that we get to be in this league together."

"The patch hit us hard."

Here are some top plays and highlights from Day 2 of #CDL2020 Launch Weekend.

“We won Champs together. For him to come out and trash it and mock it kinda sucks.”

#Huntsmen CEO @H3CZ is excited about his team’s start at #CDL2020 Launch Weekend ?

“It feels good to be back. I’m proud of the fact that we came out with a win.”

The first weekend of the CDL will see all twelve teams competing in predetermined match-ups, with each team playing two series.

After the original plans for a league-based format received criticism from Call of Duty fans and players, the CDL has moved to a structure in which each weekend of competition will consist of a tournament featuring eight of the league’s teams. This change will only come into effect from the second weekend onwards, however.

While the Launch Weekend doesn’t follow the same format as subsequent weekends, however, it will still count towards the overall standings, with teams earning 10 CDL Points for each win.

For the first time, teams will also be able to make substitutions mid-series, a system that Overwatch League fans will be familiar with. With this never before having been a possibility in Call of Duty, it will be interesting to see which squads, if any, make use of the new rules.

The launch weekend will be played on Competitive Settings Version 1.5, and a full breakdown of the game rules, maps, and modes can be found in our comprehensive guide.