With the $250,000 CWL Vegas tournament fast approaching, the Call of Duty pro teams of OpTic Gaming and eUnited are hard at work in preparation.

The teams, who are two of the favorites to go deep and do well at the upcoming event, are boot-camping out of a warehouse space in Texas that is known as the HECZQUARTERS, named after CEO Hector ‘H3CZ’ Rodriguez.

In a video he posted to his Twitter account, H3CZ gives fans a behind-the-scenes glimpse of the atmosphere at the boot camp, which features the two teams facing off against each other in a LAN setup.

Also present are the two teams’ coaches – OpTic’s Tyler ‘TeeP’ Polchow and eU’s Brian ‘Saint’ Baroska – who have their own monitors and get to spectate their team’s respective in-game performances.

“If they build it they will come, said the magic magic man,” H3CZ said in his video. Although the setup is far from the majestic scenes expected at CWL Vegas, the competitive spirit and atmosphere is very much on par, best exemplified by the frantic call-outs and communication heard from both sides.

Behind the Scenes at the #HECZQUARTERS.

Boot camping is important in the days leading up to a major tournament, especially if it’s the first one of a new season, which is what CWL Vegas will be.

Almost every professional competitor will admit that there is a huge difference between playing online vs LAN, thus preparing at a LAN-style setup rather than over the internet is almost necessary for success. 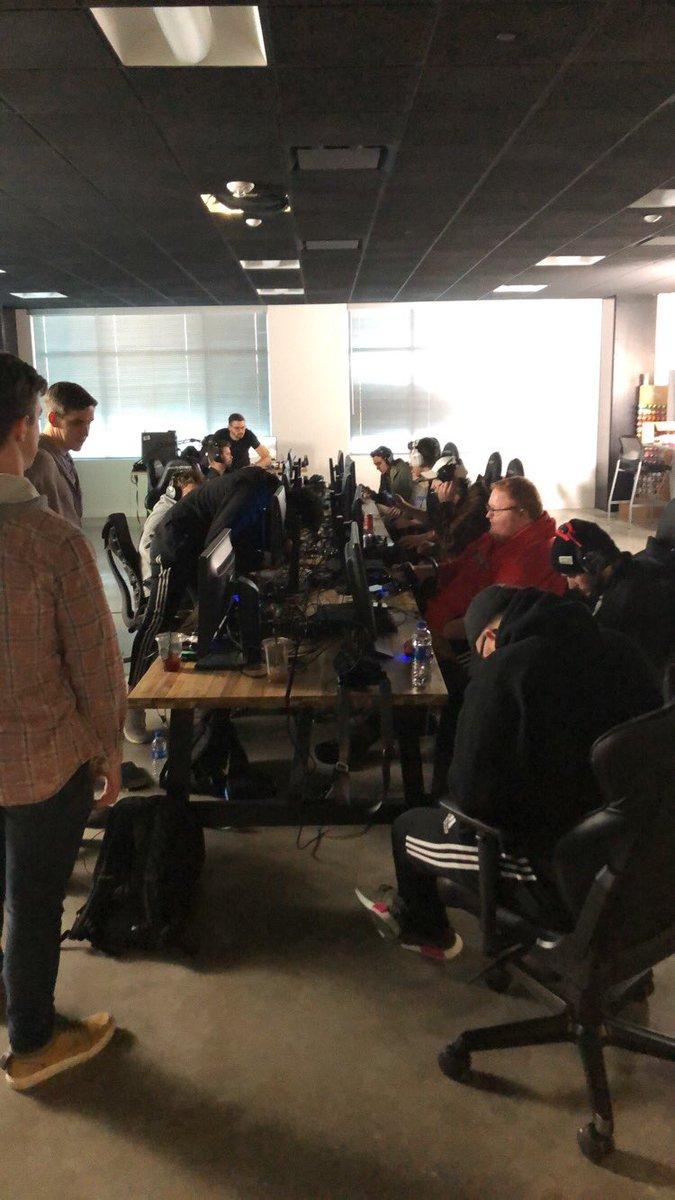 Both teams will head to Vegas feeling confident that they’ll do well, especially OpTic, who are favorites to win the event after placing first in all three major online tournaments they’ve played so far.

The Green Wall is in Pool D with Splyce and G2 Esports, while the boys in red and blue are in Pool A with 100 Thieves and Team Reciprocity.

Speaking of 100 Thieves, H3CZ couldn’t resist but throw some friendly shade at the fact that the org and CEO Matt ‘Nadeshot’ Haag, who is a close friend of HECZ, were absent from the boot camp, despite having received an invitation.

“Crazy, Nadehsot didn’t want to come with his team,” he tweeted. “Sad.”

CWL Vegas will take place December 7-9 and will feature teams from all over the world facing off for a larger share of the $250,000 prize pool and a crucial chunk of Pro Points.