There’s a big difference between thinking that you could win a game with just a Bowie Knife on Call of Duty’s Blackout mode and actually doing it. Well, somebody has pulled it off!

Apotheosis_13, who uploaded a video of their accomplishment to YouTube just over a week ago, was the first to admit the victory was “lucky”.

The gamer didn’t choose to hide in the shadows though, slicing his way through a football team’s worth of zombies in the beginning after landing at the Asylum. The player then stabbed two players right off the bat.

With his bloody blade in-hand, Apotheosis swam over towards a nearby quad bike – a risky move to make so much sound with no firearm. He headed over to Construction Site with smoke pouring out of his vehicle. 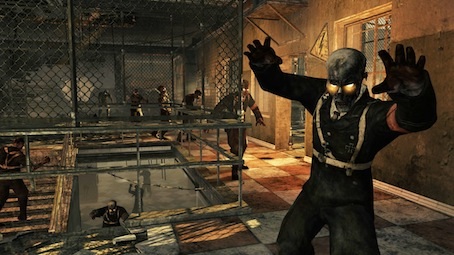 This is where the next player was encountered. He wrapped the quad around the roof of the building to dodge bullets and fell. With the player still trying to kill him, Apotheosis managed to run clear of fire and get the kill.

Now in the zone, Apotheosis decided to hold his position, realizing that he was surrounded by enemies.  Players were coming from Estates, Array, Firing Range and Train Station. His chances of winning the game were dwindling with every footstep.

Finding Level 3 armor was a crucial moment for the gamer, and as he scoured houses for more supplies, he came across an enemy player and was able to dice him up for his fourth kill.

Apotheosis then spotted a truck nearby, and went on the offensive, using his Grappling Hook to close the distance to his opponents before slicing them up as well.

Later on, a guy came storming into his room and almost shot him down, but the execution of the melee attack was perfect. He stabbed one more on the roof soon after, scarpering swiftly with his equipment again.

As the circle neared and he was shot at again, Apotheoisis used the Grappling Hook to leap outside of the circle with his knife and seal the victory in style.

It was an incredible win. Do you think you could you pull it off?