With only three days remaining of the Blackout beta on PC, PS4 and Xbox, Treyarch has added yet another new mode into the playlist called Close Quarters Frenzy.

This mode is pretty much a combination of the two previous limited time modes, Fast Collapse and Close Quarters.

The former made the ‘Collapse’ area (i.e. the circular area not covered by the storm) close in much faster, while close quarters removed all Assault Rifles, Tactical Rifles, Snipers and LMGs, leaving only shotguns, SMGs and Pistols available on the map.

This new mode, Close Quarters Frenzy, does two in one – both a faster collapse and only SMGs, Pistols and Shotguns in play.

It appears this mode is only available in duos for now, so if you are playing as a solo or with with three plus friends, you won’t be put into a Close Quarters Frenzy match. 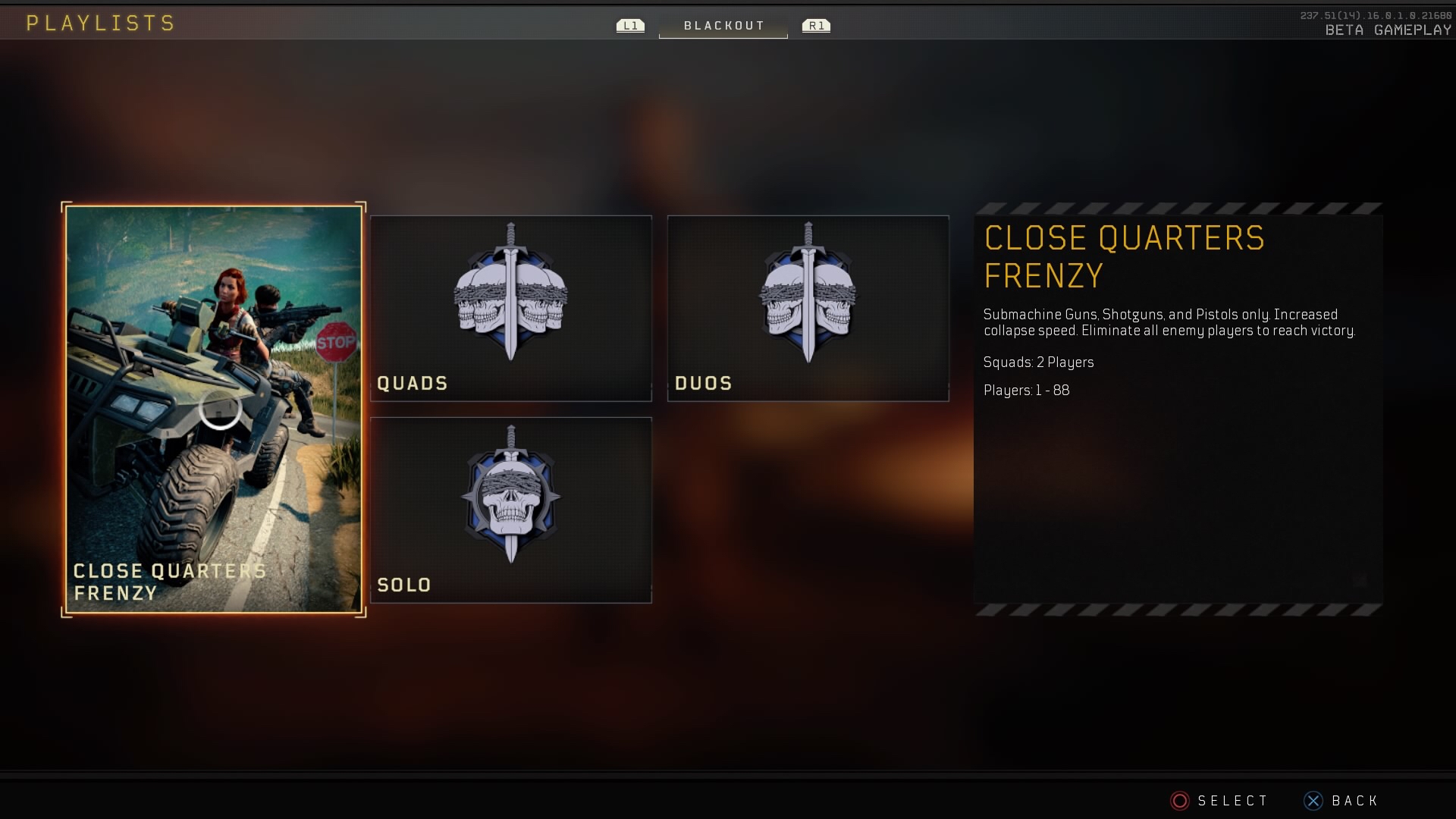 The new mode is part of a series of updates which have just gone live for day six of the beta. We will have a full list of all the updates to Blackout soon.

PC beta is now open also, so all players with Battle.net account can download and jump right now, not just players with early access through a pre-order or code.

It gives PC and Xbox players a chance to experience the two LTM’s they missed out on when the beta was PS4 exclusive, albeit this time in a hybrid of them in a single mode.