New details have been revealed about the Call of Duty Black Ops pass for Black Ops 4, which has been commonly known as the Season Pass from previous CoD titles.

The Black Ops Pass has been made available for standalone purchase on the GAME UK store, which has listed it for a price of £39.99 ($49.99), which is the same price as the Season Pass from past games.

This Pass will include:

With the standalone price for the Black Ops Pass set at $49.99, the best bargain is to purchase the Digital Deluxe Edition of Black Ops 4, which comes with the game and the pass for $99.99, a whole $10 cheaper than if the game and pass were purchased separately.

Players who have already pre-ordered the base version of the game, which does not include the Pass, are still able to upgrade before the October 12 launch date, or purchase a separate upgrade once the game is released. 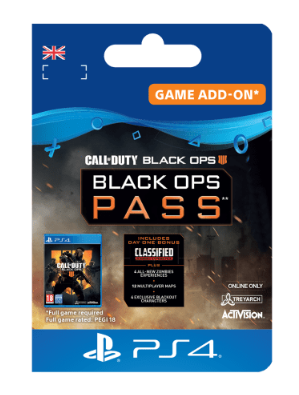 What is the Black Ops Pass?

The Black Ops Pass will give players access to new, post-launch content that is released throughout the game’s live season for all of the modes.

The one major change with this year’s Season Pass is that it will be the only way for players to obtain DLC packs, as they will no longer be sold separately.