Call of Duty fans will have the chance to get their hands on Black Ops 4 multiplayer and the ‘Blackout’ Battle Royale modes in a collection of ‘Beta’ opportunities prior to release.

On July 13th, Activision announced crucial details about the highly anticipated Black Ops 4 Beta including dates, modes of play, and much more after information was kept quiet for months after its initial reveal.

The highly-anticipated ‘Blackout’ Battle Royale mode will also be available to play in September for the first time, however, no official dates have been announced at the time of writing.

The Private Multiplayer Beta will feature fan-favorite game modes like Team Deathmatch, Domination, Hardpoint, and Search & Destroy, alongside our brand-new objective-based game mode, Control, which was designed to bring out the best of Black Ops 4 Multiplayer gameplay. 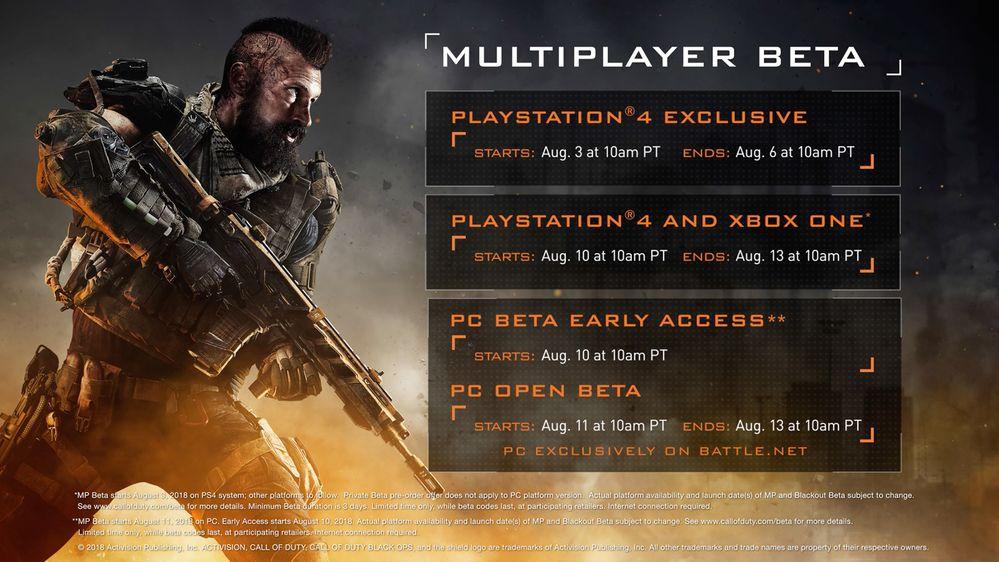