Players have been voicing their frustration with Treyarch since they introduced a form of loot box with Reserve Crates on February 20. Reddit user ‘lagmademedoit’ shared their ire against the company’s decision to have playable characters in Blackout unlocked through the crates.

Vonderhaar’s response came after lagmademedoit called out Vonderhaar for an interview he did with Game Informer, where Vonderhaar specifically listed the ways Blackout characters would be unlocked: “missions for characters and progression of the game.”

Vonderhaar gave a lengthy comment in which he posed his Game Informer answers as being honest based on the information he had at the time.

“At the time this interview was conducted, which was previous to shipping the game, that’s precisely and exactly how it worked,” Vonderhaar said. “… but things change that I can not predict or I didn’t know about. Doubly true with the business side of things which have little insight into and even less control over.” 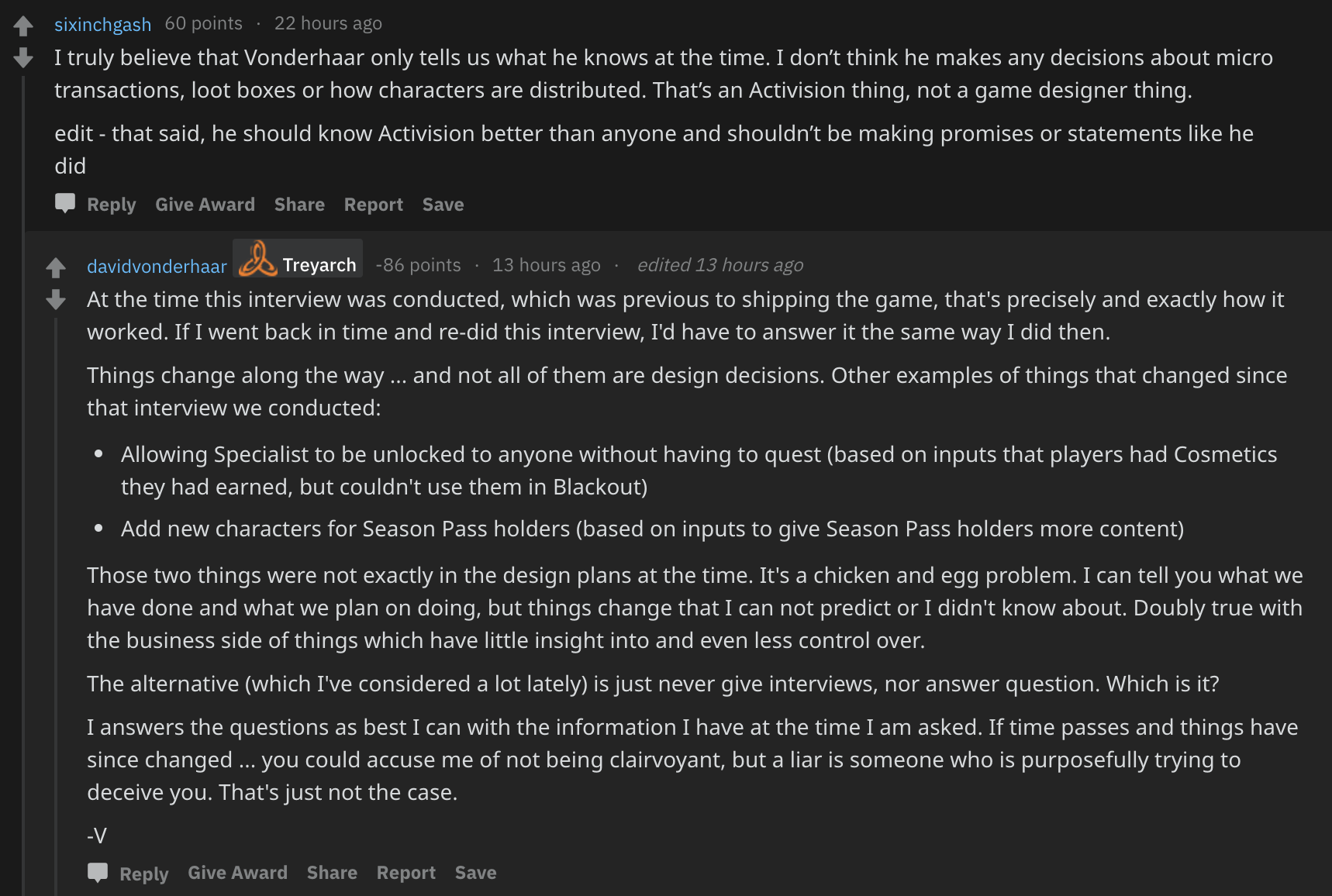 Vonderhaars response to the accusations in full.

While Vonderhaar’s answer addressed key points in the thread, many weren’t easily swayed. Some accused the Director of being dishonest in his reply, saying that his experience working with Activision should have lent some degree of foresight.

“He’s working and BEEN working for this shit business, Activision, for years. So YES he knows damn well paid loot boxes will be added and the players also should have known,” one user said.

Vonderhaar provided no further comment in the thread. While some people accepted the response, it left a vocal portion of community members with more questions than answers.