Following from the hype of CWL Vegas over the weekend, a brand-new Black Ops 4 update has dropped and it’s a big one.

Treyarch is gearing up for what will be the biggest weeks since the launch of Black Ops 4 with the release of a huge patch.

The December 10 update is coming just a day before the start of the next major event, Operation Absolute Zero, and will include some major changes across all three modes.

On the Multiplayer side of things, there were a number of updates across the board, including Specialist tuning, melee range increases and changes to how EKIA is registered by the game.

For those looking to unlock the full potential of the Killathon Reactive, Diamond, and Dark Matter camos, the requirement of needing to reach each kill threshold without dying has been removed, making it much easier to see what these camos truly have to offer.

For Zombies, there were a massive list of crash fixes introduced with the update to improve stability across all three maps. 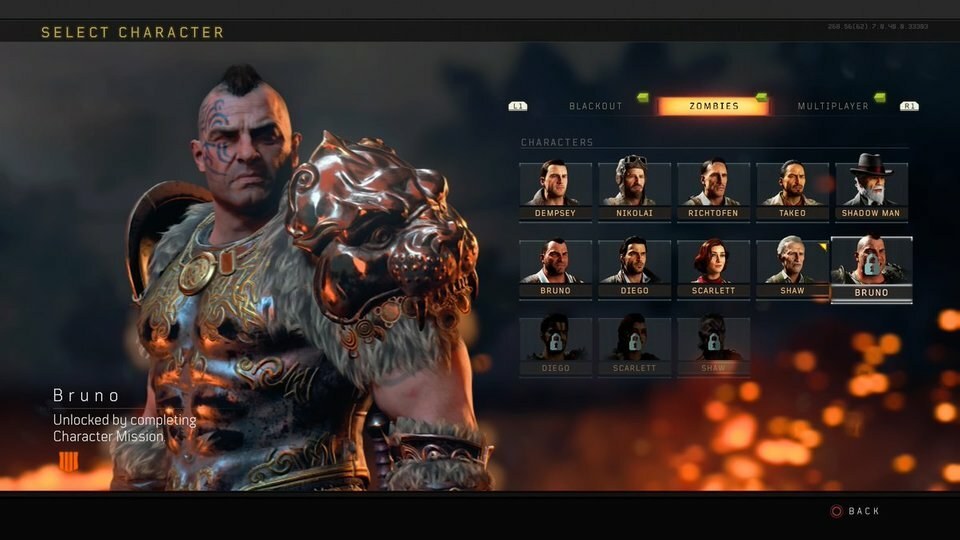 Blackout received the most overall changes by far, with not only widespread map changes, but a complete overhaul of the armor system.

In an effort to make armor more worthwhile, durability was increased across the board, along with the introduction of the Armor Repair system.

Additionally, the SDM and Spitfire both saw their overall damage reduced and their recoil increased to bring them in line with other weapons in the game.

On December 11, Operation Absolute Zero launches for free on PS4, including a new Specialist and weapons in MP and Blackout, the debut of Hijacked and the ARAV vehicle in Blackout, all-new features in Zombies, our revamped Black Market, and much more! To set the stage, we’ve begun rolling out our new 1.09 title update a little early this week starting on PS4, with other platforms to follow.

First up, Multiplayer: We’ve added Nuketown Custom Games, improved melee and Purifier reliability, reduced Titan effectiveness, updated transition stages for Diamond and Dark Matter camos, improved stability, and made several other quality-of-life updates to the game. Read on below for the full list.

We’ve also made fundamental design changes to the map, audio, and Armor in Blackout with this update, including adjustments to the SDM and Spitfire to better balance out the weapon classes, environmental changes to key destinations around the map, and more. See the Blackout section of our patch notes below and jump into the game to find out what’s new across the entire Blackout map, just in time for the holidays.

Our 1.09 update marks the launch of the first of this week’s three new Zombies features with the addition of Daily Tier Skip credit for Zombies! With this update, Zombies players can now earn a bonus Black Market Tier skip by completing 15 rounds in one match of Classic Zombies. We’ve also implemented new high-round fixes in Zombies as we gear up for more new content coming this week, as well as fixes for specific crashes that could occur across each of our four current maps. This is our initial wave of fixes targeted at high-round play, and should result in a smoother Zombies experience for all players.

Finally, a follow-up for our Blackout players in lower-population regions, including parts of South America, South Africa, and the Middle East: we’re currently directing players in these regions into rotating Featured playlists to optimize matchmaking and reduce time in lobbies. We’ve heard your feedback, and we’re continually evaluating performance closely to provide the best possible play experience in all regions.

We’ve made the following changes on PS4 in our 1.09 update, with Xbox One and PC to follow:

We’ve made the changes below with the goal of creating more predictability around when a player can hear another player’s footsteps, as well as a pass on unrelated game audio that could significantly impact footsteps. We intend to perform additional tuning on unrelated gameplay audio that egregiously impacts the player’s ability to hear other players moving in the world. Details include:

Armor has been completely overhauled in Blackout. Our goals for these changes are to allow Armor to survive multiple engagements, and to reward players for taking out an enemy and destroying the enemy’s Armor in the process. While coming out of an engagement on the winning side feels good, it doesn’t feel good to have your Armor destroyed with each engagement you find yourself in. As such, players can find and use Armor Plates to repair damaged Armor, which are applied from your Inventory on all platforms, and from both the Inventory or the Quick Equip menu on consoles.

It takes approximately two seconds to use an Armor Plate to repair a segment of damaged Armor. One Armor Plate will repair a single Armor pip, regardless of Armor level. We will closely monitor the amount of available Armor Plates in the world and make adjustments quickly as needed. Details include:

Don’t miss our Treyarch Studio Livestream at 12PM (noon) PT to discuss all the new content coming along with Operation Absolute Zero, as well as our new MP maps and Zombies experience for Black Ops Pass holders! Tune in tomorrow at YouTube.com/Treyarch to be the first to get all the intel.