Next Black Ops 4 Twitch Prime loot has been leaked, and players are hating it - Dexerto
Call of Duty

Next Black Ops 4 Twitch Prime loot has been leaked, and players are hating it

The upcoming Twitch Prime loot for Black Ops 4 has leaked and players are already hating what the next bundle of free content has in store.

The streaming platform typically partners with game developers to hand out exclusive loot through a special collaboration which gives players free in-game items as long as they have a Twitch Prime account.

These bundles are usually a welcomed add-on for players to enjoy, but it seems that the upcoming leak wasn’t to the liking for a lot of Black Ops 4 fans. 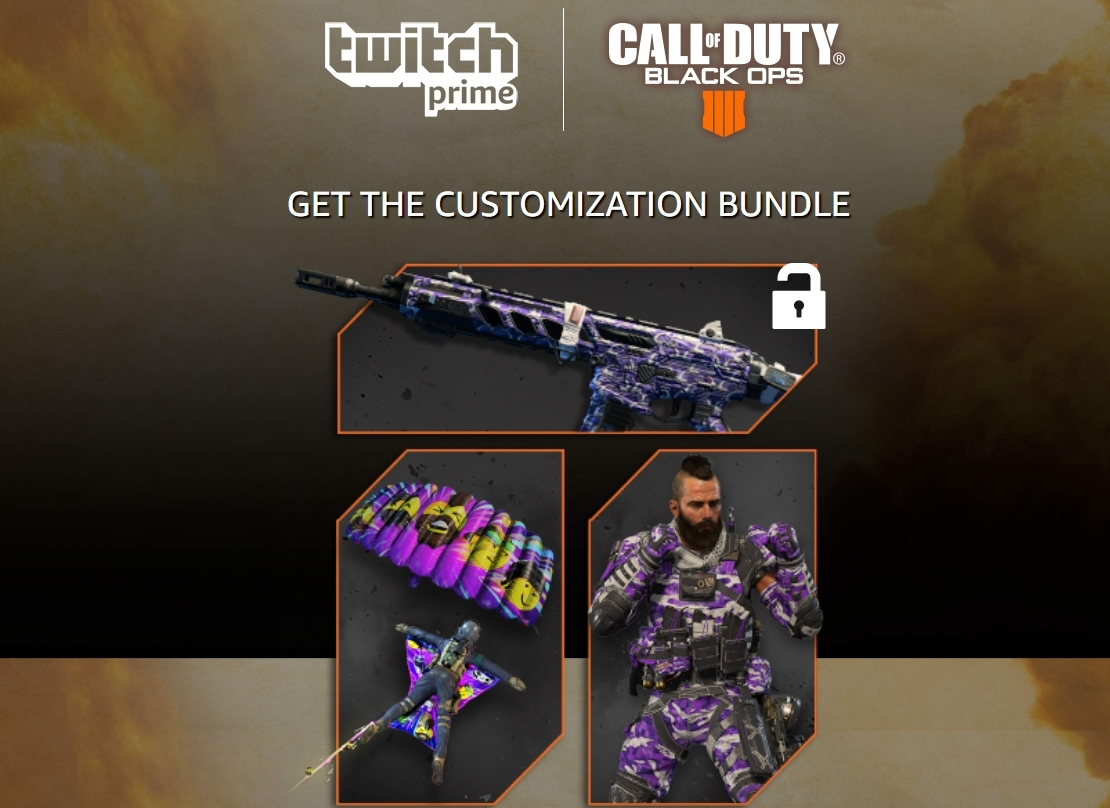 A previous release for the collaboration between Treyarch and Twitch.

In a Reddit post, user ‘Vag7’ showed an image that they had “found in the files” which contains cosmetics for everything ranging from face paints to weapon.

If the leak turns out to be real, Black Ops 4 players with Twitch Prime can expect to get what seems to look like a blue and gold face paint job.

The design isn’t the most appealing creation to come to Black Ops, but will give a certain variety for niche fans.

Found In The Files. from r/Blackops4

Meanwhile, it looks like Twitch is putting their colors into a lot of Blackout items with a new parachute, wingsuit, and more.

The next Twitch Prime pack will also be adding a custom reticule that has Treyarch’s famous logo in the center. A similar reticule previously released way back in the first entry to the Black Ops series. 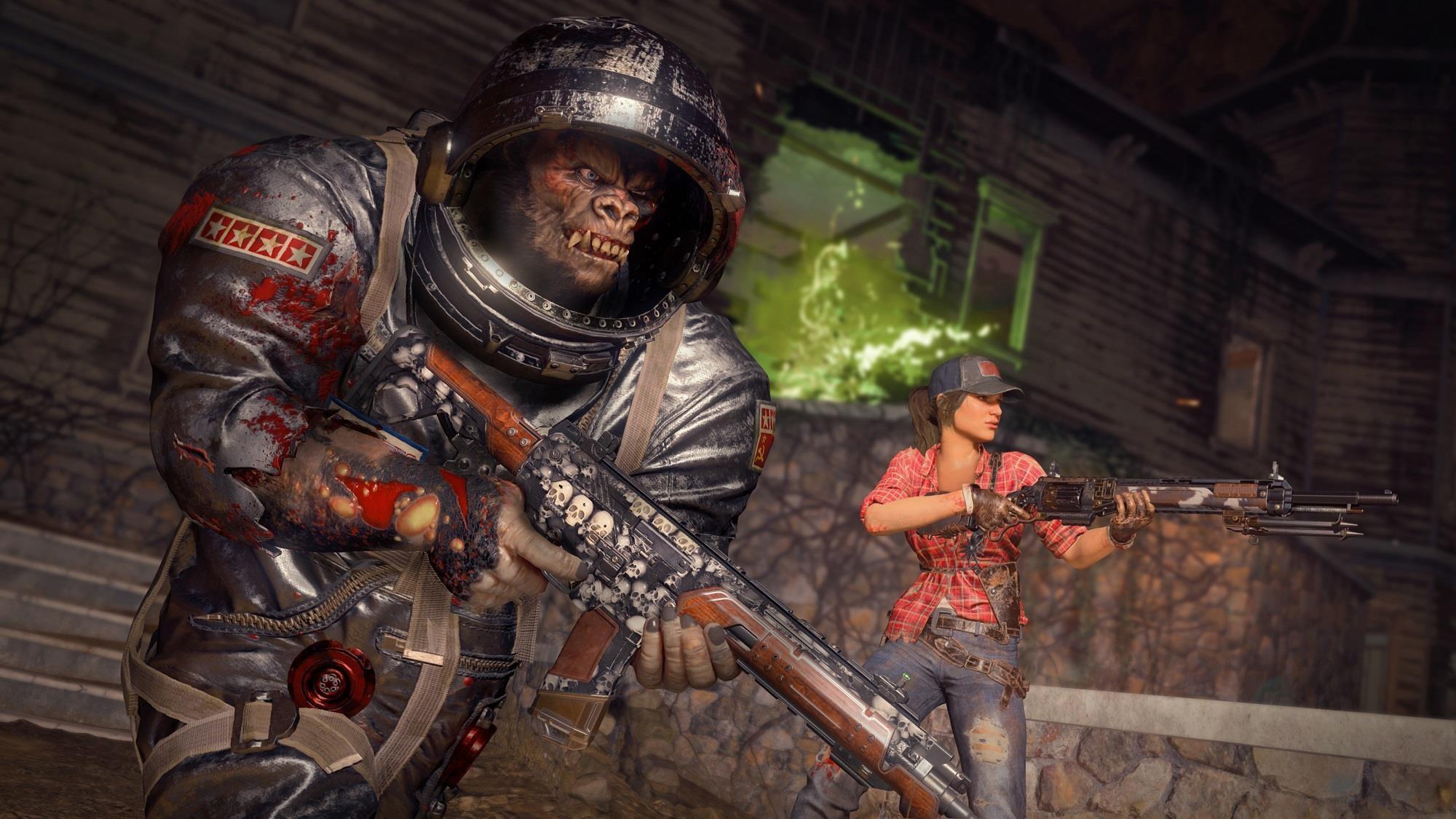 While some cosmetic drops are popular than others, it doesn’t seem like the next Twitch Prime loot will get a lot of love from a lot of Black Ops 4 players.

Though the next Black Ops 4 Twitch drop is coming with a bevy of items for players to get their hands on, some players think aren’t too keen about the upcoming releases.

“Does that face paint look good to anyone,” Reddit user ‘dude_is_melting’ said. “Like, literally 90% of items in this game look a damn mess. This COD really shit the bed on cosmetics, and not just in their monetizing.” 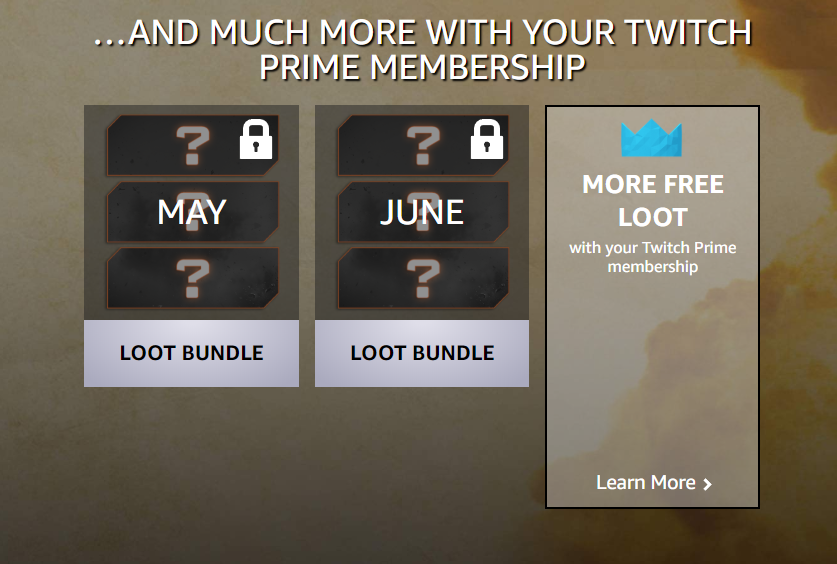 The leak could be pointing to one of the two releases marked May or June.

Similarly, there were those that thought the face paint was “horrendous,” while some joked that the bundle would be “worth at least $20.”

It’s unknown if the leak is for Twitch’s May or June customization pack for Black Ops 4, but it might not be met with the most enthusiastic reception upon release.