Call of Duty: Black Ops 4 has a Multiplayer map pool that is full of interesting and eccentric locations, one of which is Contraband.

Contraband is one of the eleven brand new Multiplayer maps introduced in the release-day edition of Black Ops 4.

According to the in-game description, it is a shipping hub on a remote, uncharted island off the coast of Colombia uncovered by the surveillance of an international arms smuggling operation.

Although it’s available for all Multiplayer playlists and game modes, it is not currently in the map rotations for any of the three competitive modes to be played in this year’s Call of Duty World League.

To help players get better at playing on Contraband, CoD expert and YouTuber TheXclusiveAce has released an in-depth breakdown of the map, including its spawns, lines of sight, and hot zones. 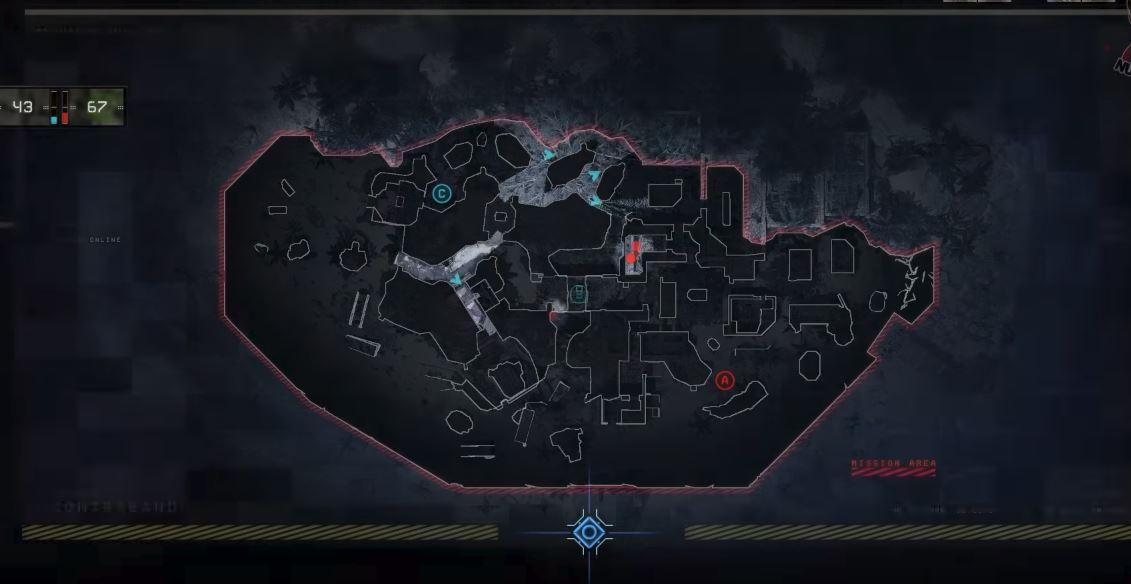 According to the YouTuber, there are six hot spots on the map that players typically like to position themselves, two on each side of the three main lanes.

The primary one is the middle lane, with the two ends of the bridge constituting the biggest hot zones. The swamp jungle lane as well as the beach and ship lane are also good spots for players to sit on a head glitch and look across. 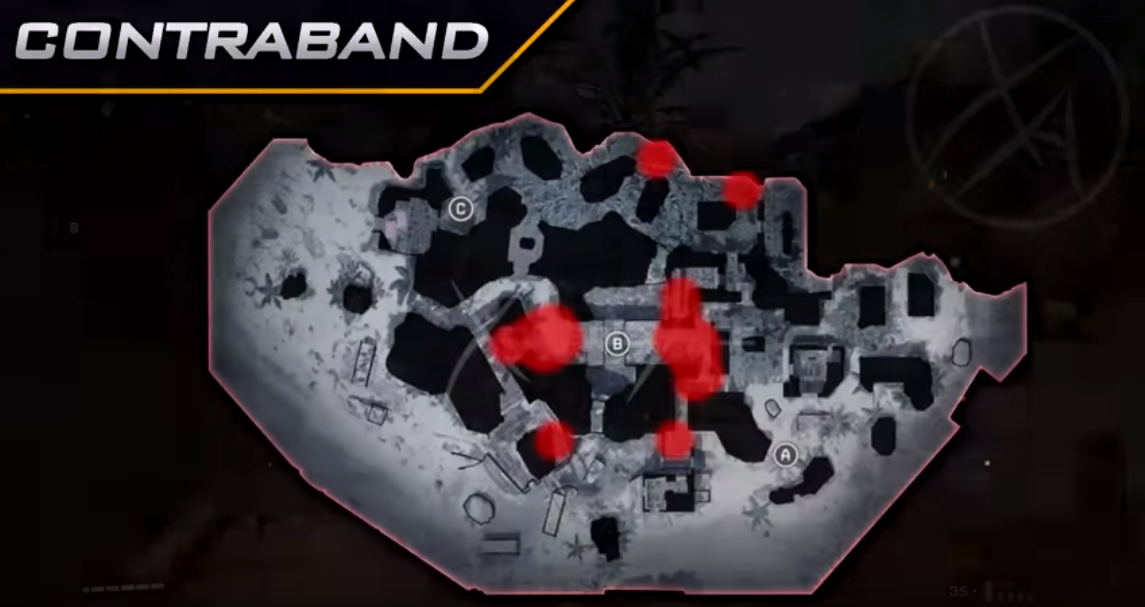 If you’re looking for gunfights, players can almost always be found in these hot zones on Contraband.

In terms of lines of sight and jump spots, Ace has a few tips and tricks that will help players gain an advantage over their opponents. One is located at the ship corner of the map, where players always try to use the ladder to climb on top.

However, the YouTube suggests that instead of using the ladder, it’s better to climb on top of the orange container and jump across the water to the near side of the ship, which can catch enemies off guard.

The orange container also doubles as a good head glitch to watch the castle side of the map, which can be done effectively by sitting on the red container that’s deeper in the corner. 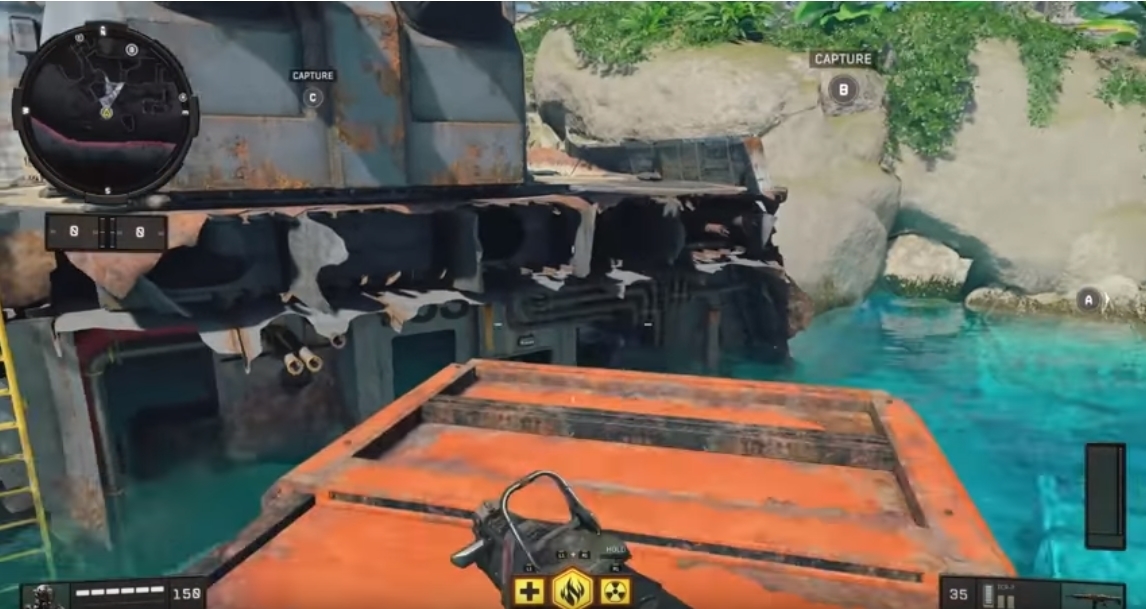 Using this orange container to jump to the right side of the ship can be a useful tactic to catch enemies off guard.

Another quality line of sight to hold on that side of the map is the short broken wall near the A zone of Domination. This wall offers a nice head glitch and lines of sight to both the zone itself and the entire left sand side of the map, in case someone is trying to be sneaky on the flank.

The YouTuber also highlights a spot on the jungle swamp side of the map, where there is corner that covered by leaves through which the landing across the water is visible. 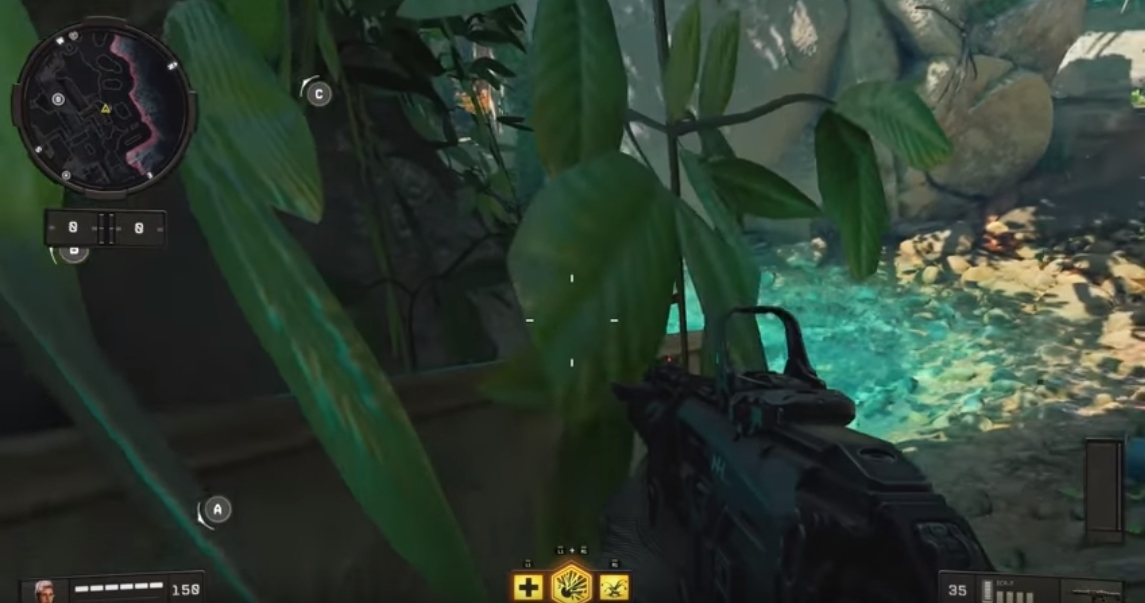 This corner on the jungle side of the map offers good lines of site to the water and the landing across.

Finally, the spawns, which are important to familiarize yourself with, especially if you like playing objective based game modes. These are all of the spawns that can be found on Contraband. 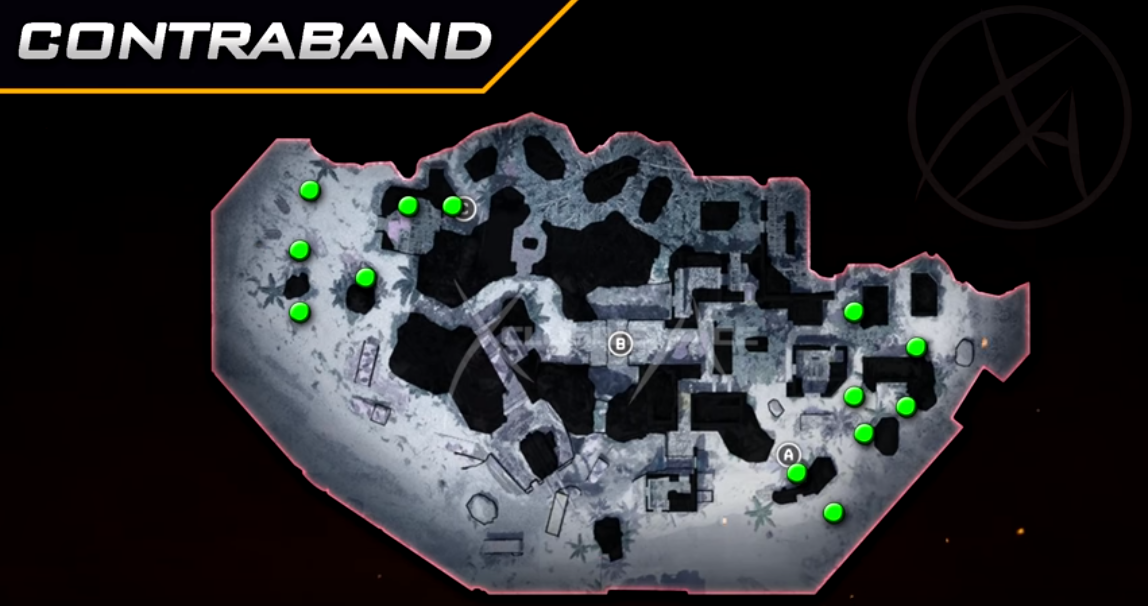 Knowing the spawns on Contraband can help win objective based game modes.

The entirety of TheXclusiveAce’s YouTube video breaking down Contraband can be seen below: