Days of Summer marks the second half of Operation Spectre rising, leading up to the next major operation, starting in July.

That means there isn’t a new specialist (that will be saved for the next operation), but there’s still a lot of new Black Ops 4 features and content added in the update for June 4. 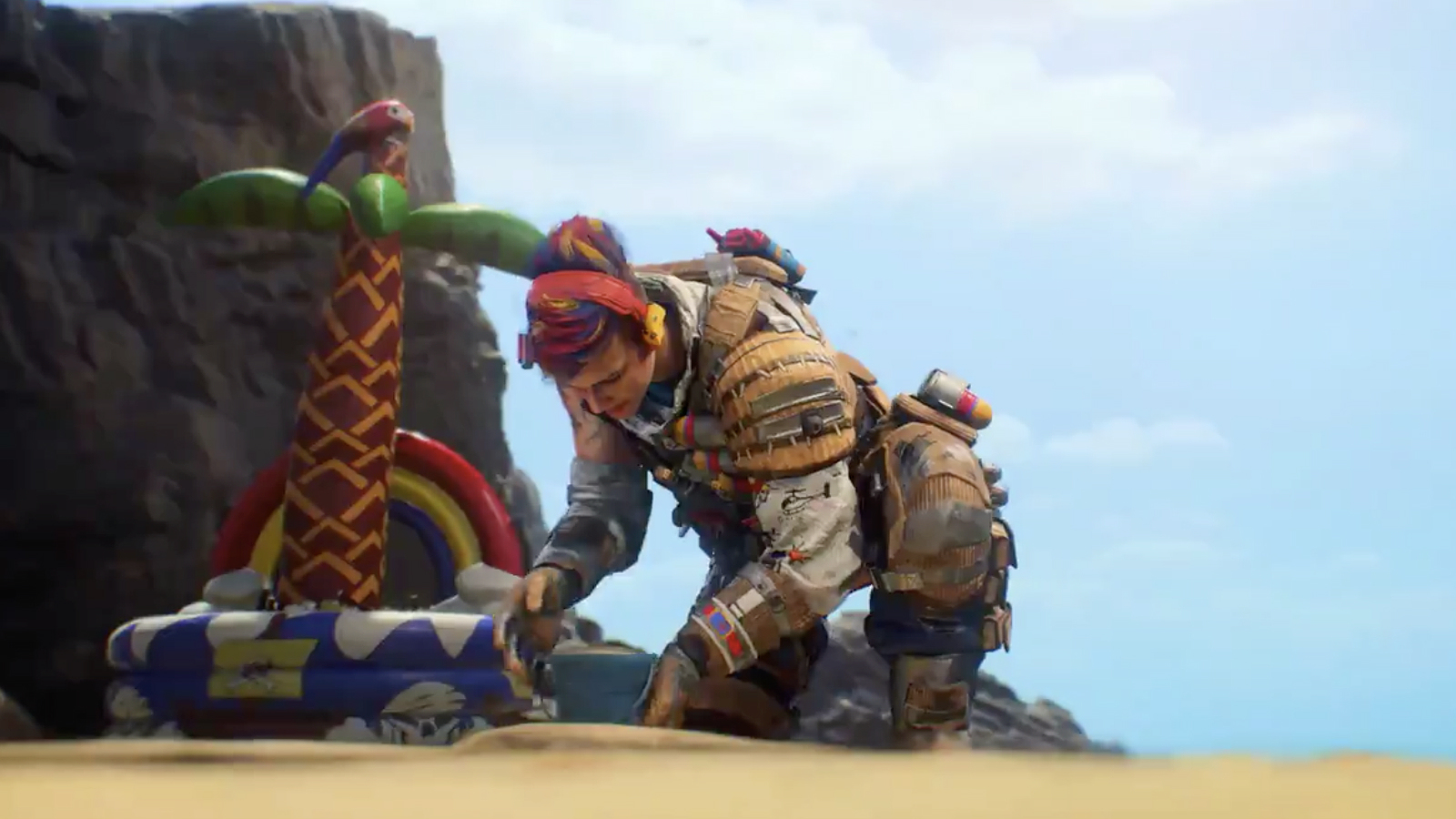 Multiplayer is getting a big summer makeover.

Treyarch confirmed new content for all three modes (multiplayer, Blackout and Zombies), with a new game mode for each, and more.

Capture the Flag finally makes its debut with Days of Summer, a classic game type in Call of Duty, which has been rather conspicuous in its absence from Black Ops 4 thus far.

Also added for multiplayer are new weapons – at least two – which are described as both new and “fan-favorite”. We knew beforehand that one of these new weapons will be a sniper rifle, thanks to a Tweet from the official Treyarch account.

Blackout’s new mode is Ground War – a familiar name to fans of previous Call of Duty multiplayer in the Black Ops series. In multiplayer, Ground War was a 9v9 mode (up from the standard 6v6).

For Blackout’s version of Ground War, it’s a 50v50 game mode, which is by far the biggest team based mode we’ve ever had in Call of Duty history, and should make for some action packed gameplay.

Along with this massive battle royale experience, the Blackout map has been updated as well for the Days of Summer event, and a new attack helicopter has been added to the arsenal. 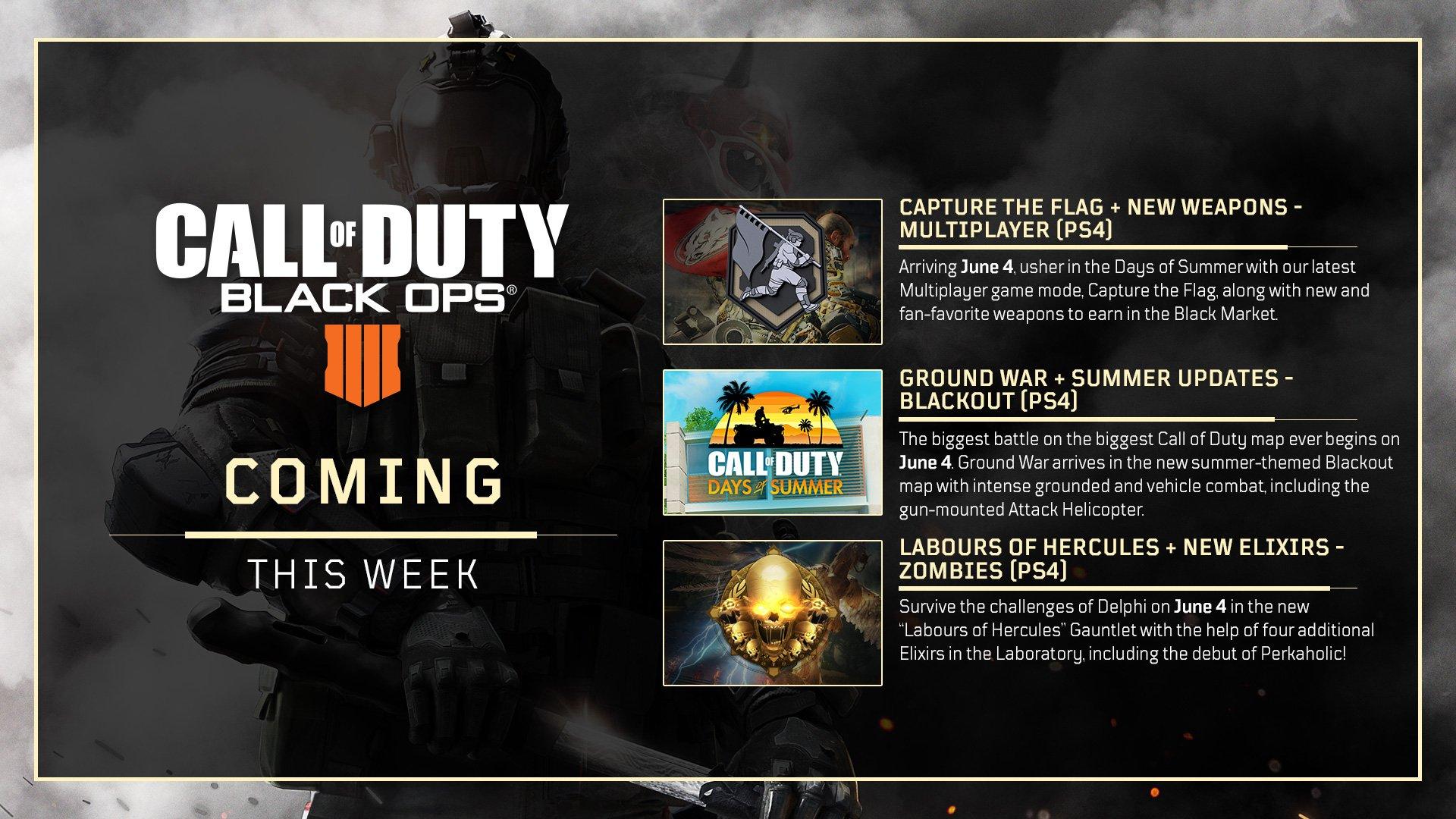 All three modes of Black Ops 4 will be updated for Days of Summer.

For Zombies fans, you’ve not been ignored in the June 4 update, which is perhaps thanks to Treyarch hearing complaints of a lack of new content. There’s a new Gauntlet called ‘Labours of Hercules’, as well as four new elixirs, including Perkaholic.

Admittedly, it’s not quite as much as we’ve seen added to other modes, but there’s still plenty for Zombies players to sink your teeth into, until the next operation.

The following updates are available first on PS4, with other platforms to follow:

PS4 and Xbox One