Alcatraz changes added to Blackout but one update is extra mysterious

After its surprising removal from Call of Duty Blackout, Alcatraz has returned to the battle royale mode with various changes.

Black Ops 4 players were surprised and disappointed when the new Blackout map was initially removed from the game. Its removal also took away another fan favorite mode, Hot Pursuit.

Prior to the update, Alcatraz had been expected to receive some changes to improve its play-ability. These changes never happened though and it was confirmed by Treyarch’s Video Game Director, David Vonderhaar, that they simply ran out of time. 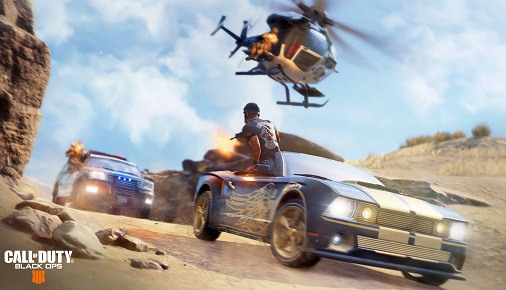 Hot Pursuit is still unavailable, with no word on its return.
[ad name=”article2″]

However, as part of the Operation Spectre Rising update for Xbox one and PC, Alcatraz is now back on all platforms. Its return also brings the improvements that were previously teased.

This comes as widespread relief for Black Ops 4 players who felt a little short-changed with just the core Blackout modes and Spectre’s Ambush playable in the battle royale portion of the game.

What are the Alcatraz changes?

Vonderhaar had teased several changes for Alcatraz. While the new map had struck a cord with a lot of Blackout players, the new mode was certainly rough around the edges. As a result adjustments were needed for the mode.

Interestingly, Treyarch didn’t provide a list of the changes that were made, with players left to play Alcatraz in an attempt to try and piece them together. 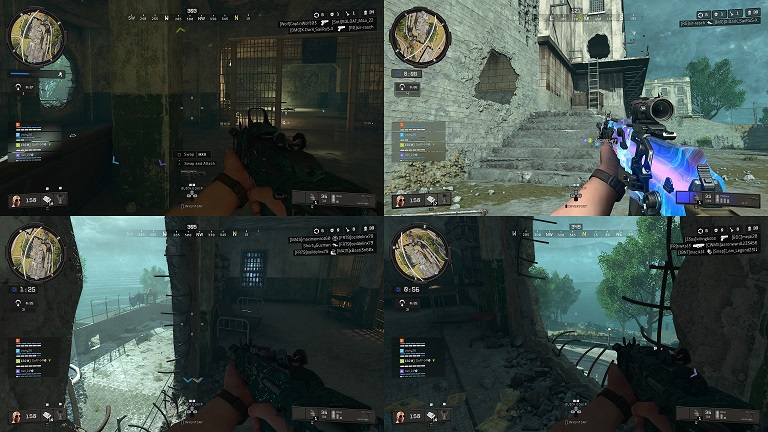 Various changes to the Alcatraz map…

The most obvious of these was the final collapse speed. It was clear very early on that the final circle closed too quickly. This caused not only the collapse to end up being the primary enemy but a lot of matches finishing in heal offs, a term for when players  won’t engage and instead opt to try and heal their way to victory.

Fortunately this has now been resolved and the final collapse closes at a much more appropriate rate.

Somewhat surprisingly, the map itself has also changed. One notable change is that the second floor of the main prison now has two holes in the wall to jump out of on both the north and south sides. The reasoning behind this is unclear.

Another map change which eagle-eyed players noticed was a change to one of the prison cells.

Amongst other things but this was my favorite because it means there's something coming to Alcatraz. pic.twitter.com/zwDmY02qSV

The strange substance has got players wondering what it does. At this point it appears to be nothing but it is suggestive that an event is coming to Alcatraz soon.

One change that Vonderhaar had been keen on, was the addition of being able to take the cowards way out when downed. This was to prevent players from getting downed, being ignored and wasting two respawn opportunities while waiting to bleed out.

This addition didn’t materialise but it does appear that the bleed out time for the first down has been sped up.

PS: Not being able to take the Coward's Way Out when you have zero chance of being revived in Alcatraz and miss the wave spawn timer? Yep. Gross. Will fix asap, Please don't hang me over what asap means.

I don't have that kind of power. Even the bosses have bosses.

Elsewhere, Hot Pursuit has yet to return, presumably due to the wetworks update to the core Blackout mode map preventing it.

While this will disappoint Hot Pursuit enthusiasts, which there appeared to be a lot of, Alcatraz fans can take solace in the fact that the changes have been implemented and it appears there is more to come soon.