The Black Ops 4 competitive reveal had a lot of big announcements, but Patrick ‘Aches’ Price isn’t happy about one of them.

Amid a variety of changes to the format of the season it was announced that for the first event, CWL Vegas on December 7-9, automatic qualification for pool play will be given to the top-12 teams from CWL Pro League Stage 2 during WWII. Four more will be determined by a play-off between the top-eight teams by Pro Point ranking in WWII.

The rule is a departure from previous seasons, in which it was placement at the CWL Championship – the final and biggest event of the year – that determined which teams would carry a pool play spot into the first event of the new title.

The change means teams that placed well at the CWL Championship might miss out on a chance at pool play, while some that failed to perform on the game’s biggest stage will not suffer for that shortcoming.

In the former category, the likes of Elevate, Team Vitality, and Lightning Pandas will miss out on a guaranteed pool play slot that would have been theirs in previous years. Meanwhile, OpTic Gaming, Rise Nation, and Echo Fox – big names that crashed out of Champs early – will qualify based on their Stage 2 result.

Aches, who won the WWII CWL Championship with Evil Geniuses, was quick to denounce the change, highlighting OpTic in particular as beneficiaries. MLG’s Adam Apicella responded, stating that they felt that using Pro League results was fairer overall. 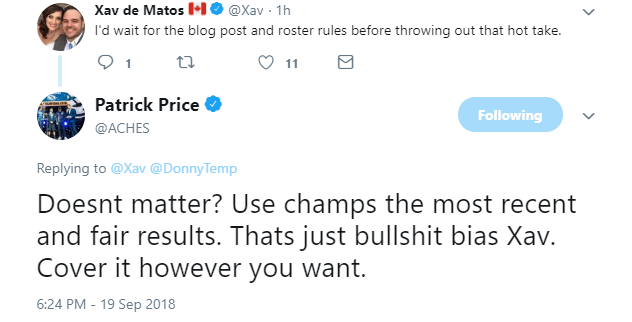 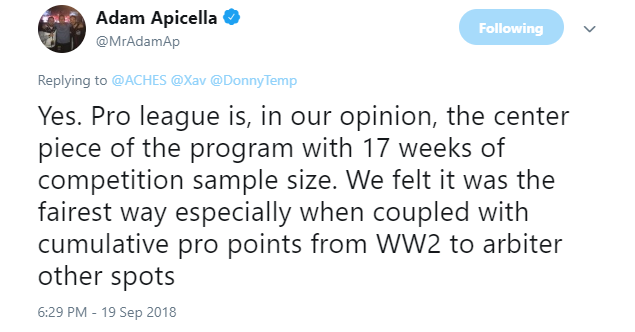 Though Aches isn’t on one of the teams directly affected by the change, Evil Geniuses did perform significantly better at Champs than in Stage 2, finishing 10th in the latter before winning the former. Had EG been just a little weaker in Stage 2, then the new rules could have resulted in the reigning World Champions having to fight for their pool play spot in Vegas.

A pool play spot at the first event of the season will be more significant than ever for Black Ops 4, as further changes to the format mean that teams must reach the top-32 for a shot at a place in the Pro League, which this year will be just a single, extended season.

Automatically qualifying for pool play therefore guarantees a chance at making the Pro League, as a minimum placement from pools is top-24. Teams that don’t automatically qualify will instead run the gauntlet of the open bracket, running the risk of setting back their entire season in the notoriously fickle best-of-three matches.