Update: It looks like some of the rumors have turned out to be true as Splyce announced on June 3 that Nick ‘Nolson’ Nolson will be promoted to the starting lineup in place of Accuracy.

Fans on the platform were thrilled to hear the promising talent was going to get a chance on the main lineup. While this cements Nolson’s place on the team, there have still been questions of what the move means for Gunless and Splyce.

CWL Roster Update:@Nolson will be stepping up to the main roster, making his debut tomorrow against Team Envy. @AccuracyLA will move into a substitute role.#OnTheHunt

Splyce’s Lamar ‘Accuracy’ Abedi has commented on rumors that he is being benched to make way for the eventual signing of Pierce ‘Gunless’ Hillman, as speculation continues to swirl regarding his future with the organization.

Accuracy has been a part of Splyce since the beginning of the Black Ops 4 season, in which the team was widely viewed as one of the most talented rosters in the game.

After second and third place finishes at CWL Fort Worth and Las Vegas respectively, the team hit a rough patch of form, and it appears that their recent struggles have forced the organization’s hand into making a roster change. 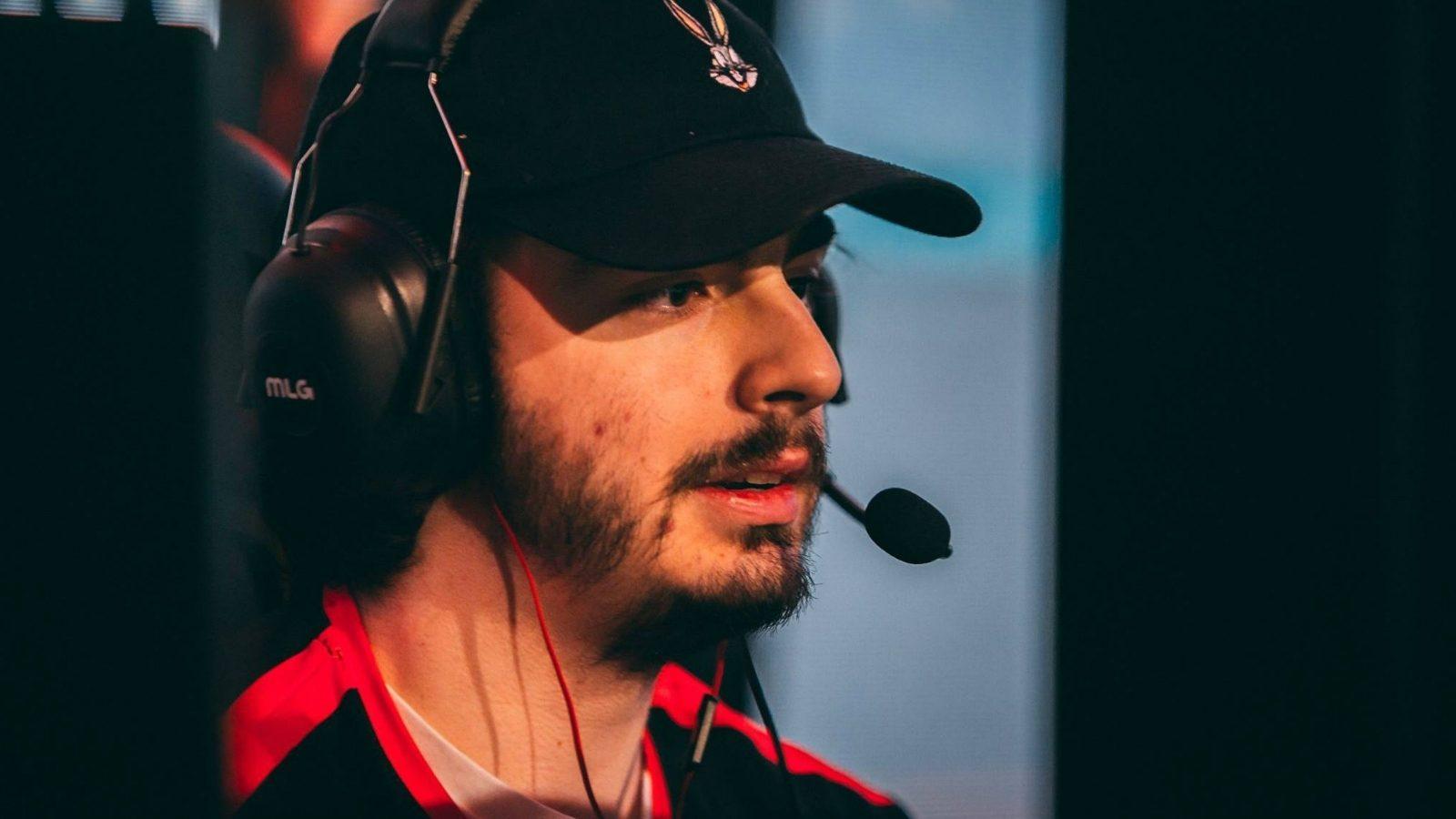 Gunless has been linked with a possible move to Splyce.
[ad name=”article2″]

The former Team Kaliber player tweeted on Sunday, June 2 that he was heading back to California, Los Angeles, despite his team scheduled to take part in Division B Pro League matches on June 4 in Columbus, Ohio.

Back to Cali I go my brothas

Taking his place will be substitute Nolson. Earlier, a tweet from Joshua-Lee ‘Joshh’ Sheppard also appeared to hint at the move, announcing that David ‘Dqvee’ Davies would be joining their CWL Anaheim lineup, wishing original member Nolson “good luck in what’s next for him.”

Joshh also made use of a popular clip from the Fast and Furious movie franchise, which shows two cars speeding off in different directions, further teasing that their time playing together has come to an end.

Some fans believe that this switch is being made so that Ulysses ‘AquA’ Silva can grow accustomed to the ICR ahead of the possible acquisition of Pierce ‘Gunless’ Hillman, who was removed from Luminosity’s starting lineup.

Accuracy himself denies this is the case, responding to a comment on Reddit that suggested the team were definitely picking up Gunless by writing: “Wrong, my brother.”

Following a strong start in the CWL Pro League, Splyce have now lost 5 of their last 7 matches in the tournament, and finished 9th – 12th at CWL London in May. The team still sits in a playoff position, but their current record of seven wins and eight losses is a far cry from the dominance they showed earlier in the season.

Gunless and Luminosity also hit a rough patch in the league, but most agree that he wasn’t the major factor in their poor performances, and is still seen as one of the best Call of Duty players in the world. Should they be in the market for the Luminosity player, Splyce will have to wait CWL Anaheim ends on June 17, as no transfers between organizations can be made until after the tournament.

Nolson now looks set to make his 2019 Pro League debut on June 4 against Team Envy, who would leapfrog Splyce into fourth should they beat them. Matches against Heretics and 100 Thieves round out a difficult week for the team.