Thursday’s matches saw the conclusion of pool play, setting up Friday’s Winners and Losers brackets. While 100 Thieves qualified for bracket play with relatively little trouble, finishing top of Pool F with a 3-0 record, they came close to a shock upset at the hands of Midnight Esports.

The powerhouse roster found themselves up 229-154 in the first hardpoint of the series. It seemed to be all but done as numerous members of 100 Thieves secured themselves scorestreaks, including SlasheR. However, he called in his Lightning Strike, earned after an 850 point streak, and killed himself and teammate Priestahh.

The accidental team kill enabled Midnight to get the final scrap time and secure the next rotation – pushing them towards their jaw-dropping comeback.

SlasheR was overtly critical of the game’s Lightning Strike, arguing it should not have killed himself and Priestahh had it actually gone where he called it in. He described the situation as a “joke” in an August 16 Twitter post – which he tweeted mid-series in an obvious display of frustration.

I wish you guys could see where I pinged my lightning strike to land and where it actually went. What a joke L O L

100 Thieves’ misery was compounded as Midnight capitalized on this opportunity, and made the insane comeback from 248-154 down, to take the map 248-250.

The Lightning Strike mishap undoubtedly helped the Midnight response, and inaccuracies with a widely used scorestreak at CoD’s biggest tournament are less than ideal.

96 points without reply would be an incredible feat against any side, but to do so against one of the tournament’s favorites in 100 Thieves is arguably unprecedented. 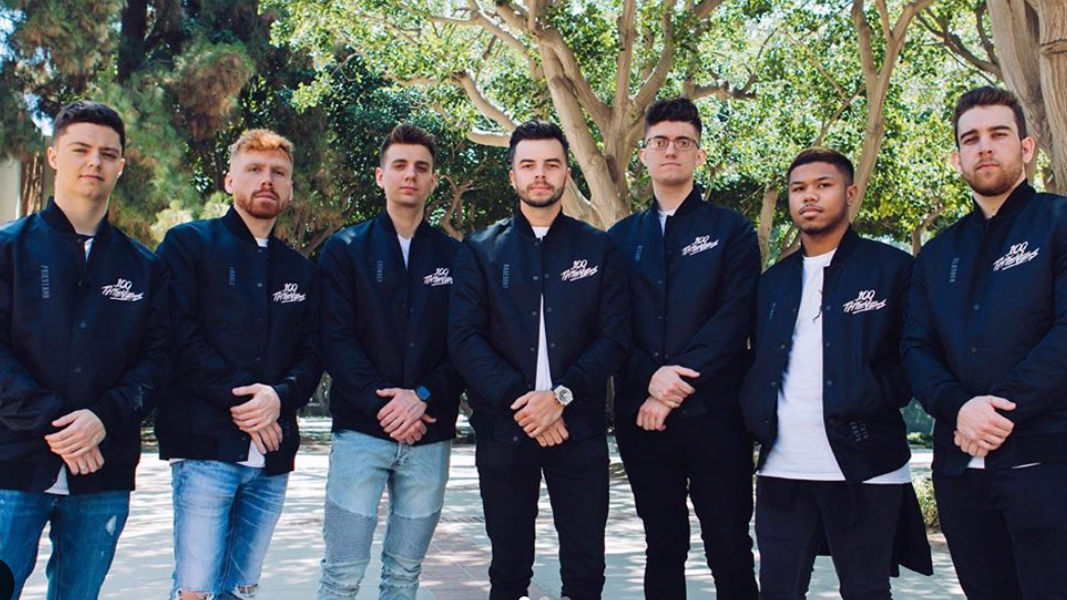 100 Thieves are still in a decent position going into bracket play.
[ad name=”article5″]

Remember you can stay up to date with all the latest results and news on our dedicated CWL Championship hub.

100 Thieves remain in a strong position at CWL Champs, and will kick off their Friday against Luminosity Gaming, who have struggled to find their feet so far at the $2 million tournament. Let’s hope SlasheR’s Lightning Strikes do more damage to enemies from now on.