Dice Multiplayer Producer David Sirland has explained how Battlefield V’s controversial chat filter tags certain words that it thinks could be escalators to toxic chat, and says developers are working to fix the system.

Responding to a user on Twitter who asked why words like “white man” and “DLC” are censored in Battlefield V, Sirland said the system uses uses a dictionary from several EA games to tag certain words or combinations that could lead to toxic chat.

According to Sirland, the whole system is “based on some sort of algorithm that has tagged certain combinations of words to be escalators to toxic chat,” but he admits “I don’t claim to understand how it all works in detail.”

Because the system is using a dictionary derived from several EA games based on some sort of AI learning algorithm that has tagged certain combinations of words to be escalators to toxic chat (or similar, I don't claim to understand how it works in detail) – we will change this.

The censoring of such a wide variety of words has meant a lot of ridicule and questions from the community since Battlefield V’s beta went live September 6.

Braddock reiterates Sirland’s statements and writes that the chat filter is a “work-in-progress” at the moment. He also confirms that developers are listening to feedback from the community to “tweak the sensitivity of the filter.” 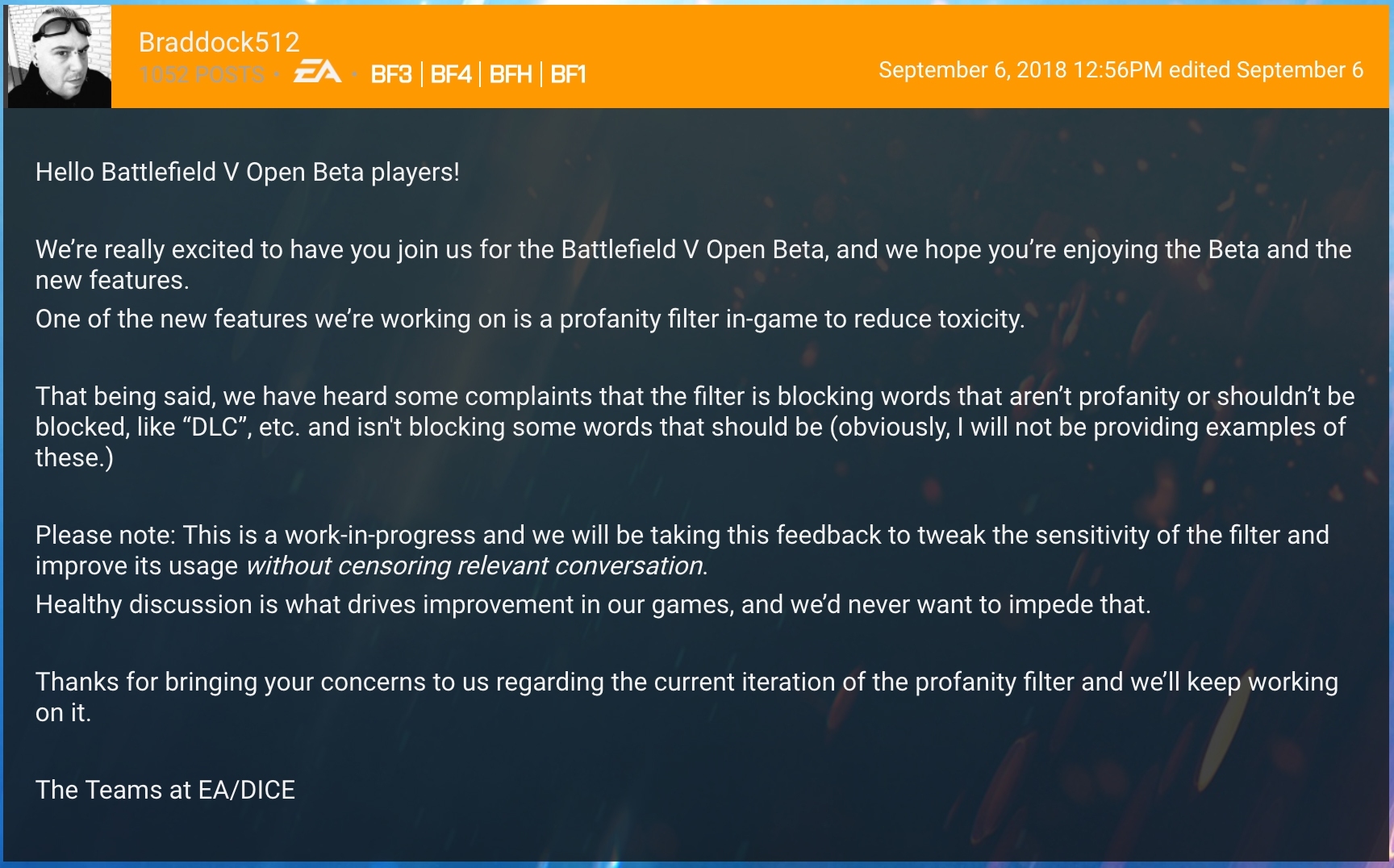