DICE could reinvigorate Battlefield V with this interesting concept

There has been a lot of discussion regarding the maps in Battlefield V recently, with many players wanting new releases. This interesting concept however, could be a great addition to Battlefield V.

Although DICE are regularly releasing new content to Battlefield V, a Reddit post detailed the interesting concept of randomly generating night maps in BF5. ‘Veni-vidy-vici’ went on to say: “It adds a bit of mystery and might completely change a player’s strategy.”

If DICE were to implement this, it would add a whole new dimension to Battlefield V and could potentially reinvigorate the game. As many Battlefield V players are waiting for new maps, this could be an easy way for DICE to keep loyal players happy for the time being. 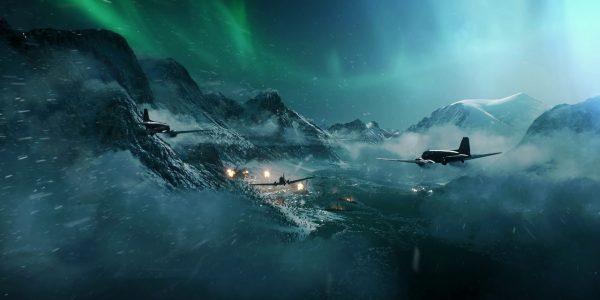 The rotation of night maps would add another dimension to Battlefield V.

Interestingly, in a reply to this post, ‘amood90’ said: “Matt Wagner the level map designer stated on twitter that night maps take a lot resources since they have to consider balancing, lighting and all the other modifications required.

With this in mind, it may not be as easy as we think for DICE to include night maps. If this process was to nearly take as long as creating a new map, Battlefield V players would much rather wait for new maps to be released.

Ultimately, this concept would add variety to the current maps and would change player’s strategies, while they wait for new maps to be released. With the potential of night maps taking nearly as long as new maps to implement, which would you rather see? For everything Battlefield related, follow us @bravoINTEL.