Exciting changes have been made to the Battlefield V Firestorm map, with brand new points of interest added in the game’s May update. But, that’s not all, as some major elements of gameplay have also been revamped.

The popular battle royale game mode, Firestorm, was first released in March and its Norwegian Halvøy map has been left largely unchanged since that time. Well, until now.

EA DICE have revealed that three new landmarks, Watchtowers, the Blue Forest, and an Excavation Site, have been introduced in order to give players not only some more locations to drop at, but to also increase the “strategic value” of the peninsula, according to the patch notes. 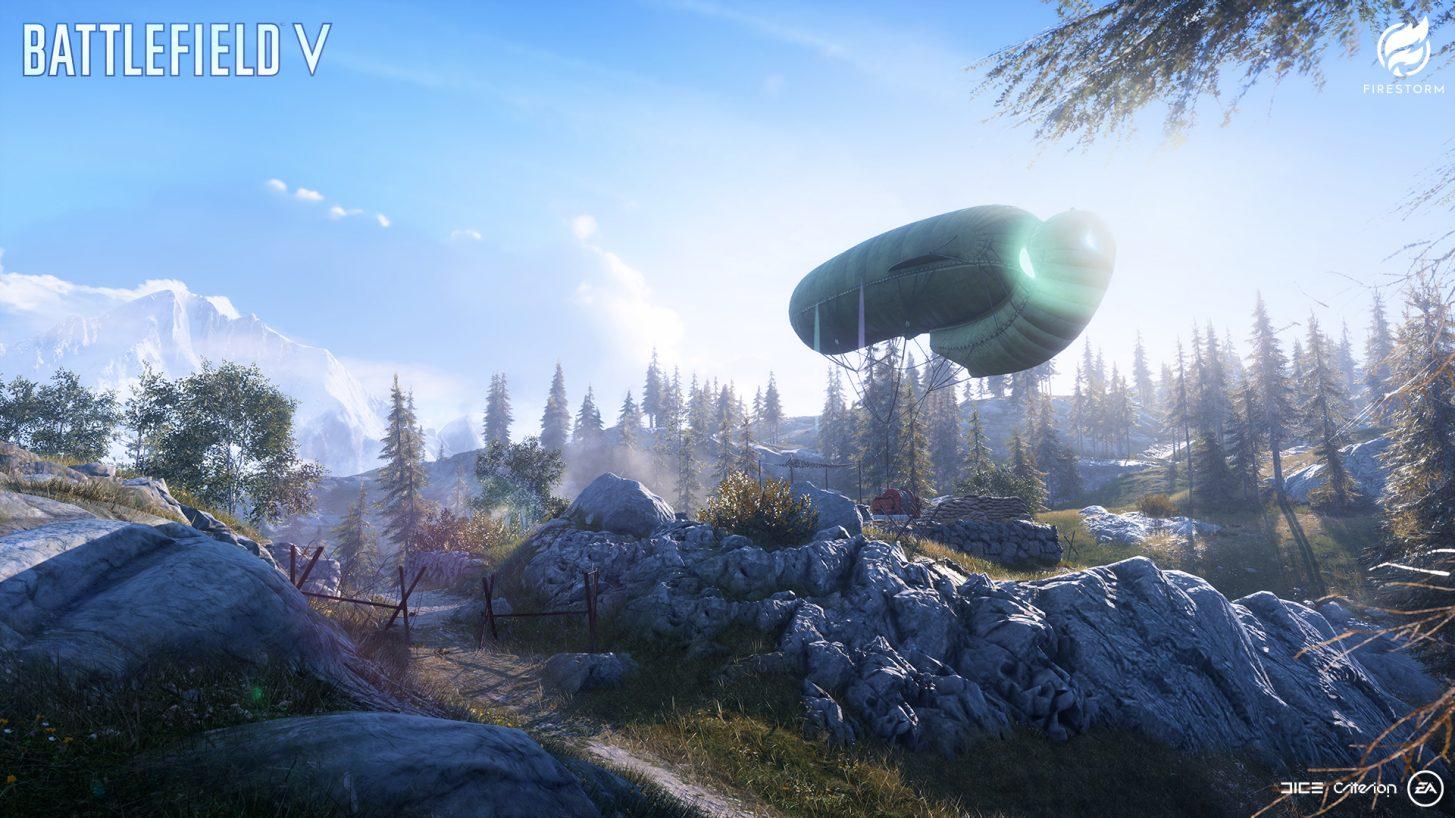 Battlefield V Firestorm’s Halvøy map has been given a shakeup by the May update.
[ad name=”article2″]

While that might be a move that could see players who also dabble with other BR games come surging back to Firestorm, the announcement also includes one very interesting change to gameplay – manual leaning. This has been a feature of fellow battle royale game PUBG also and is considered to add an extra layer of skill to gun-fights. 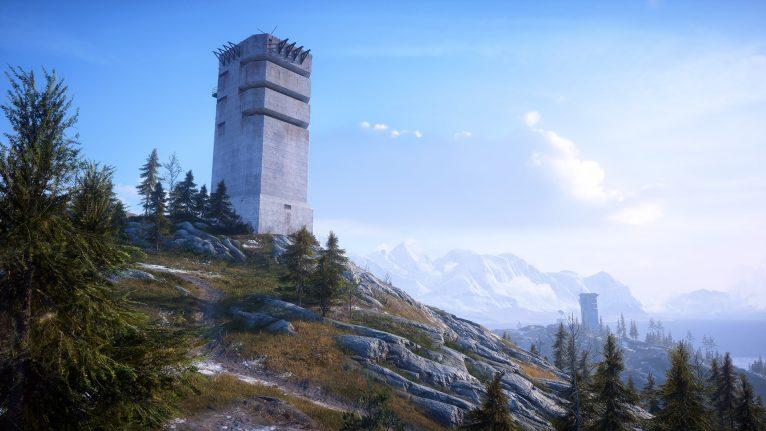 Watchtowers have been added to Battlefield V Firestorm.
[ad name=”article3″]

More information about manual leaning, the changes to Firestorm, and a number of other tweaks made in the May update can be found in the patch notes below…

Fighting foes and fleeing from flames you may come across three Firestorm locations you haven’t seen before: Watchtowers, the Blue Forest, and the Excavation Site.

The three tall concrete watchtowers have been constructed along the southwest coastline, between Baldr’s Point and Guderos. The significance of the towers is yet unknown, but it’s obvious that the strategic value of the peninsula has been re-evaluated.

Blue Forest consists of a secluded forest area, suddenly in full blossom. It’s been speculated that the unusually early spring in the region is somehow related to the recent geological activity. Head to the west side of the dam and admire the bloom.

Finally, Excavation Site contains a large area that unexpectedly appeared on Halvøy. You’ll find this in the mountainous terrain south east of the quarry.

Use Gold Tier Weapons to Be the Last Squad Standing

Even more powerful loot is coming, too. The Firestorm update contains the mode’s first weapon of the Gold Tier – the highest rarity level following Common, Rare, and Epic. Nicknamed the “elephant gun,” the Gold Tier weapon in question is the Boys AT Rifle. It has some serious stopping power and will give players the means to attack enemy vehicles. Look through safes, lockers, and supply drops and you may find it.

We’ve made multiple fixes under the hood as well. These will slightly tweak some game rules and iron out technical wrinkles of various sizes.

Clipping issues, floating objects, and other minor graphical artifacts have been fixed. As detailed in our Community Broadcast, we’ve adjusted the lighting of soldiers to make them a bit more visible when in dark areas. Some rare disconnects when deploying in the hangar in a Squad have been addressed, too.

Previously, Artillery Strike shells were a bit too dangerous, hurting you despite that the mini-map’s threat area assured your safety. We’ve fixed this.

Finally, you’ll now earn score when a squad mate downs, kills, or squad wipes enemies. On the same topic, we’ve increased the score earned when you survive long enough or emerge victorious in a Firestorm match.

In this update, we are bringing new changes to the Health and Ammo crates with the goal to make these gadgets more interesting choices in defensive scenarios.

Crates now inherit from the soldier’s speed to increase the throw distance. Crates throw speed is now affected by the pitch angle to enable higher throwing arcs. Crates now attach to the terrain when landing to ensure that they always land upright.

We found the Commando Carbine was a bit lacking at medium range already, due to low damage and slow projectiles making landing shots hard.

There are two ways to use manual leaning:

1. ACTIVATE STRAFE TO LEAN WHILE ZOOMING:

You can manually assign a key binding to both “Lean Left While Zooming” and “Lean Right While Zooming” (Not assigned by default). This is possible on console using a custom soldier mapping.

Note that it is also recommended to unassign “Activate Strafe to Lean While Zooming” when using manual leaning. Using L3 and R3 is recommended on console.