It has been revealed that Battlefield V has a new game mode coming out today, February 12, 2019. Along with this news, the most recent BF5 patch notes have been leaked early, which you can find below.

BF5 Combined Arms is the latest game mode to be released by their developer DICE. This is a new co-op game mode where there are player-vs-enemy missions (PvE). This gives players a chance to play as part of a squad before jumping into the multiplayer game mode. This game mode is free DLC content.

These patch notes were leaked, but according to community manager Jeff Braddock, these “aren’t final” with the next update set to go live today. Combined Arms allows you to play solo or as quads in eight PvE missions, with four different objectives across four maps. 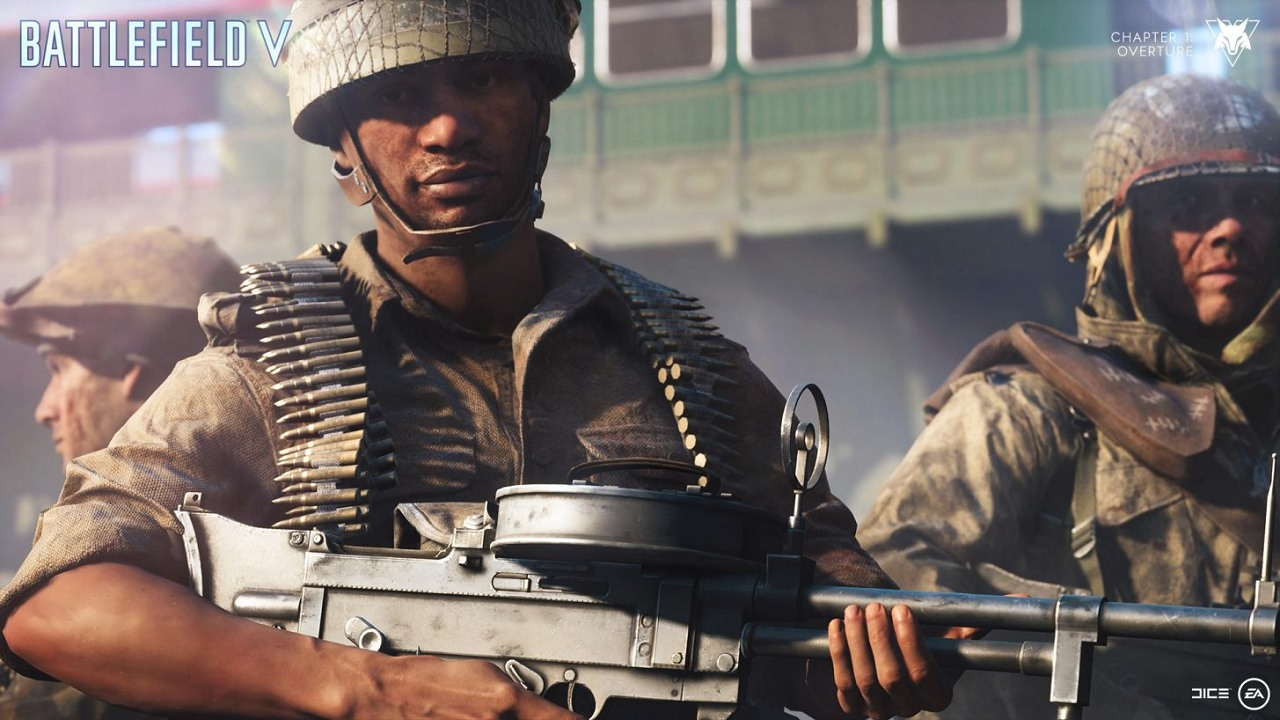 Battlefield 5 developer DICE revealed that they plan to bring ‘Rush’ back in March, which was a popular game mode in the past. The leaked patch notes contains weapon changes, NVIDIA DLSS support and map changes.

“NVIDIA DLSS support employs deep learning to improve performance without compromising visual fidelity.” Although Apex Legends seems to be at the forefront right now, DICE aren’t giving up with these BF5 reveals and updates. Check out all the Battlefield 5 patch notes below. 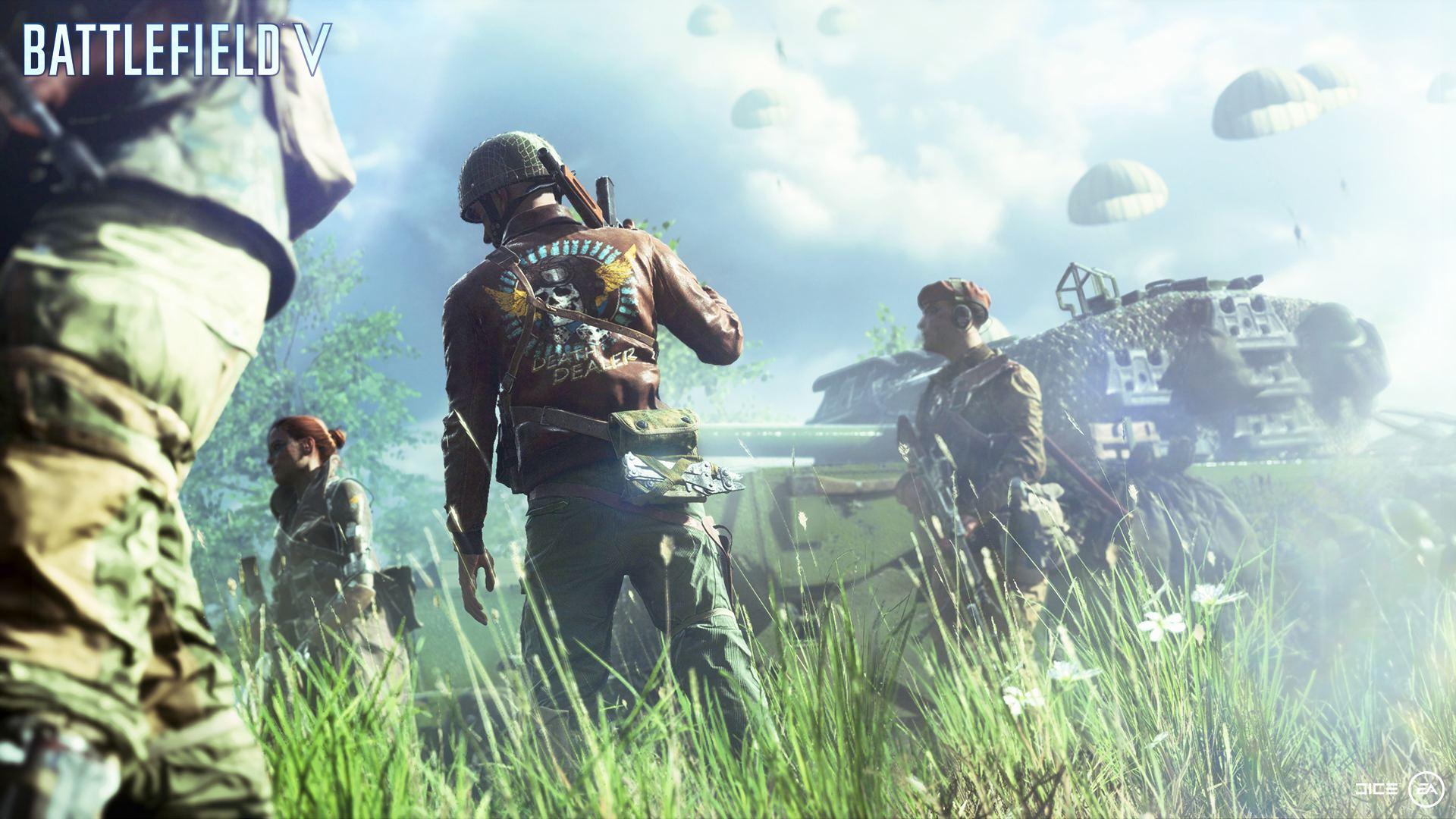 • Reduced reload time to 2.75 s (was 2.9 s) and increased reload threshold to 0.6 (was 0.5). The PIAT’s reload timer was slightly longer than the animation looked, and it was possible to skip parts of the reload time by doing a weapon swap.

• Changed recoil pattern. The KE7 was still slightly too controllable for its rate of fire, so we increased recoil across the board.

• Reduced range at which one head and one body shot is lethal to 10 m (was 30 m). These semi-autos had a very high chance to get a kill with only two hits on a wounded target, which seems unnecessary given their good base TTK. Additionally, the Gewehr 1-5 was extremely strong up to 30 meters whenever you landed one headshot, so we reduced this range to 10 meters.

• Increased horizontal recoil to 0.765 (was 0.68) when using the Light Bolt Specialization. With the increased rate of fire, the Zk-383 was a bit too accurate compared to the M1928A1 considering the flexibility from being able to use the bipod.

• Removed damage reduction during bayonet charge, added a 1.3 sprint speed multiplier. This brings the behavior of bayonet charge in line with Battlefield 1. 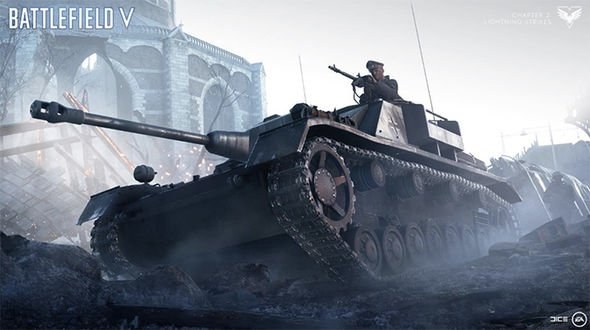 • Frontlines – Fixed an issue where some maps had no constructible Fortifications.

• Fjell 652 – Fixed an exploit where players could stand on the cliff face when they should have been out of the combat area.

• Fjell 652 – Players can once again build all kinds of Fortifications when playing Frontlines.

• Devastation – Fixed an issue where players could get stuck or fall through the ground in the library area.

• Devastation – Fixed an occluder that was sticking out.

• Devastation – Fixed some collision to stop people from getting stuck.

• Devastation – Added a ladder Fortification to the library.

• Devastation – Moved a health station in the library to not clip with another asset.

• Devastation – Added collision to allow people to easier access the second floor of the library.

• Fjell 652 – Fixed a rock that was unvaultable near Flag E on Conquest.

• Aerodrome – On Breakthrough, fixed an issue which resulted in players getting spawned outside of the combat area.

• Panzerstorm – Borders on the deploy screen are now easier to see if the fog weather state is active.

• Arras – The hedgerow collision has been tweaked to reduce the chance of projectiles incorrectly hitting invisible collision.

• Narvik – Turrets and cannons can now be rebuilt and repaired on this map.

• Hamada – Players are now able to control the free camera in spectator mode when switching between table top to free camera mode.

• Rotterdam – Fixed an issue with a ladder where players were able to reach an unintended area below the water.

• Rotterdam – Made it easier to climb out of the water near the B flag on Conquest.

• Rotterdam – Players are no longer able to climb to the rooftop located near point D on Conquest.

• Rotterdam – Fixed some issues with the combat area and its collision where previously you could drive through backdrop houses with a tank.

• Rotterdam – Adjusted terrain a tiny bit to prevent players from glitching below it.

• Rotterdam – Added collision to prevent people from climbing on houses around the D flag.

• Practice Range – Decreased the explosion size of the skeets as they could block the view of the other skeets.

• Aerodrome – Fixed a spawn point on Frontlines where players could deploy out of bounds in a tank when playing as Axis.

• Aerodrome – Players will no longer jump high into the air when vaulting over bomb cart carrier after vaulting over the railing on the balcony just straight above it in the airplane hangar.

• Practice range – Fixed a bug where it was not possible to switch to another weapon after using the M30 Drilling.

• The Last Tiger War Story – Fixed an issue where players could end up in an infinite loading screen after the last cinematic in the story had ended.

• The in-game chat has been disabled during the Final Stand game mode to hinder players from exposing the position of players. 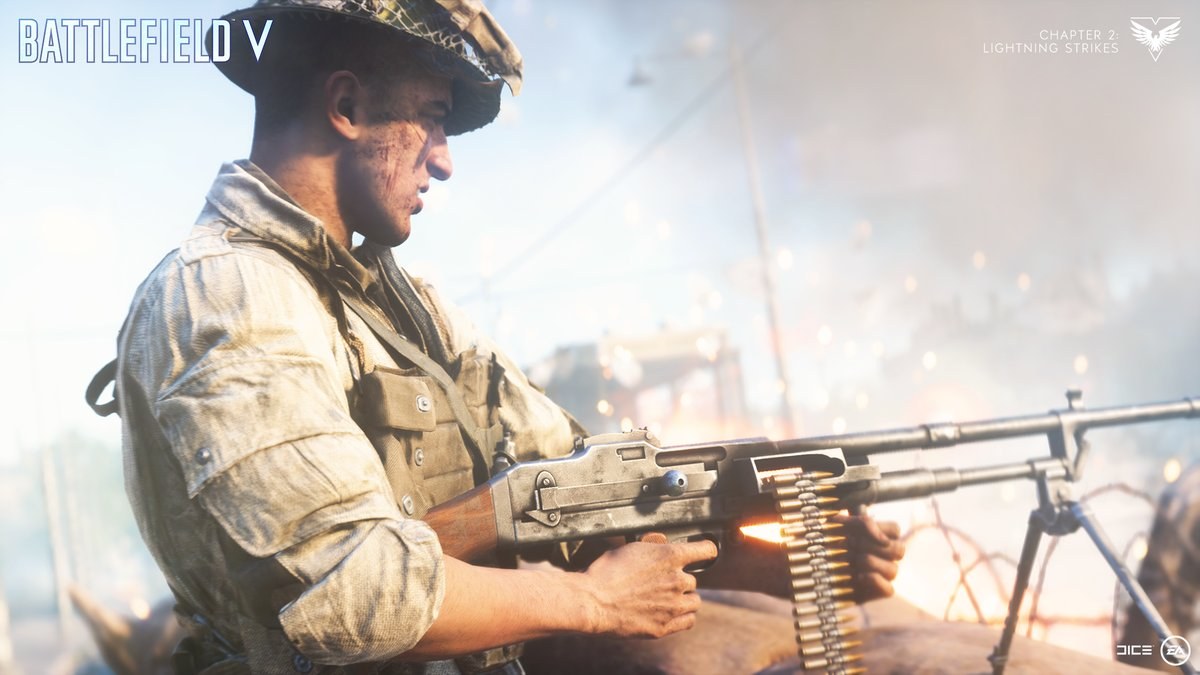 The official notes could differ slightly from the leaks.
[ad name=”article5″]

• Under advanced search, Frontlines no longer appears as “Frontlines Small” and is once again able to find matching servers.

• Fixed the estimated times duration to be more accurate on the multiplayer mode selection screens.

• Fixed an issue where the health pouch reminder indicator could be visible while the player was in a vehicle.

• Fixed an issue when users managed to complete two Tides of War nodes within the same round which caused the Tides of War widget on the pause menu to not display the next nodes.

• The indicator that shows when a player needs a health pack from a Medic will no longer show if the player already is in the process of healing up.

• The background now properly updates when players go in and out of the “Progression” screens as well as the “Armory” screen.

• Fixed an issue where the UI sounds would not play in the vehicle customization screen.

• The Social menu now shows if your friends are playing on the Practice Range.

• When a squad leader with a squad tries to join a full server and ends up in the server queue, the squad will now follow the squad leader if they choose to leave the queue and join another server.

• Players will no longer get a Company Coin purchase confirmation screen in the Specialization screen for upgrades that they have yet not earned.

• Fixed an issue in the Armory where some offers that were sets did not appear to be sets.

• Fixed an issue where the Tides of War widget on the pause menu would not show when players transitioned between rounds.

• The total weapons number shown in “Your Company” on the replace weapon button have been removed.

• Fixed a bug where the time spent in vehicles was not tracking properly when spawning into them.

• Fixed an issue with the Options screen where the page would auto scroll back to the last used option when changing any slider options.

• Platoon tags now show up in the Profile section.

• Changing characters will no longer change the equipped cosmetic items but will stay the same as the user has selected.

• Soldiers and vehicles in the frontend should no longer show until all its assets are fully loaded in on first boot.

• Fixed an issue which made it difficult to see some facepaints when applied in the Armory.

• Added an auto focuser to Spectator Mode’s free cam and player view director modes. This can be found under the depth of field settings in the Camera tab. It can be set to either “Point” or “Player” mode. In point mode, the focus distance will be automatically adjusted to keep the selected point in focus. A point can be selected by clicking anywhere with the mouse cursor, or on consoles by aiming the camera and pressing A on the Xbox One or X on the PlayStation® 4. In player mode, the focus will be kept on the player who is currently selected. 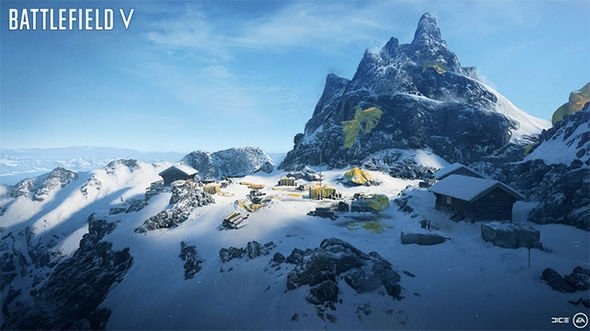 • Rotterdam – The deploy screen has been improved when using a widescreen monitor, and no longer displays any low-resolution textures or unintended backdrop buildings.

• Spectator mode – added key bindings for increasing and decreasing field of view in free cam and player view director modes. Defaults are PAGE UP and PAGE DOWN.

• Fixed an issue which would previously stop Battlefield V from properly resuming from an “instant on” state.

• Fixed an issue which would previously stop Battlefield V from properly resuming from the console “stand-by” state.

We’ll update any changes made to these patch notes today. What do you think of these new releases in Battlefield 5? Will you be playing the new game mode Combined Arms from today? Get in touch with us via @Dexerto and let us know your thoughts.