Will Apex Legends get a new map during Season 6? - Dexerto
Apex Legends

Will Respawn release a new Apex Legends map in Season 6?

Respawn has all but confirmed there will be no new Apex Legends map when the Season 6 update rolls around on August 18, but that doesn’t mean fans won’t see a brand new battle royale arena before the end of 2020. Here’s everything we know.

Apex Legends Season 6 begins on Tuesday, August 18. New legend Rampart and the Volt SMG are both set to make their long-awaited debuts at the same time, alongside a number of legend, weapon, and map changes.

One thing conspicuously missing, however, is a new map for Respawn’s character-focused battle royale title. A host of teasers across Season 4 and 5 pointed to players heading to the world of “Olympus” sometime in the near future.

Unfortunately, those plans appear to have been scuppered ⁠— at least for now ⁠— due to plans for World’s Edge to get a little overhaul in Season 6. With that said, it looks like Olympus has been delayed, not canceled, meaning it will arrive soon.

World’s Edge was the last map added to Apex Legends, back in Season 3.

Is a new Apex Legends map on the way in Season 6?

We won’t beat around the bush on this one. Right now, it’s looking unlike Season 6 is going to get a new map. There’s nothing referring to ‘Olympus,’ and only a scrap related to a new map in the Apex Legends code at all.

According to ILootGames, there’s “only one reference to a new map in the files,” and even that may be a carryover from scrapped code Respawn has since binned.

Several insider sources have suggested Olympus was simply put on the backburner due to the work from home situation Respawn have found themselves in. Others suggest Olympus was never on the slate for Season 6 at all.

The decision not to launch the sixth season with a map is sure to be a bit disappointing for long-term Apex fans, there can be no denying that. World’s Edge came out in Season 3, and before that, we only had Kings Canyon to play in.

This is an artist’s impression of Olympus, made for Loba’s trailer.

That said, Olympus isn’t just a pipe dream or a fantasy. There have been nearly a dozen references to the city on Psmanthe since the start of Season 4.

As Dexerto said in our last investigation into the possible new map: Once is happenstance. Twice is coincidence. Three times, well that’s a pattern.

Everything we know about “Olympus” so far

Olympus has already been established in Apex Legends lore as a floating city in the clouds ⁠— think Cloud City from Star Wars V: The Empire Strikes Back. We’ve actually already seen the city itself too: it’s where Revenant killed Loba’s parents.

There were a few snippets of the futuristic-looking planet in Loba’s “Legacy of a Thief” trailer as well. In that teaser, the sprawling city is littered with towering skyscrapers, layers of fog and smoke, and buildings as far as the eye can see.

It’s possible Olympus is a fairly hostile city too. Lifeline and Octane seem quite apprehensive about a potential homecoming in the Broken Ghost cutscene. Loba is also seen living in the streets of the city as a jewel thief.

Olympus already appeared in the Apex Legends Season 5 trailer “Legacy of a Thief.”

Respawn has yet to comment on anything regarding Olympus, however. That means players only have the lore hints to go off. That said, when you combine the teasers, it does add up.

The idea of the Apex Games being held on Olympus seems awesome too. So far we’ve had a desert arena, and a ruined city battlefield. This next one would take fans into the heart of an industrial world, high above the ground.

Other options for Apex Legends’ next map

Olympus may not be the only place Respawn could take in Season 6 or beyond though, and until they actually comment on a new map our guess is as good as anyone’s regarding their decision.

So far, we have been introduced to three different planets in the series’ solar system; Solace, Talos, and of course Olympus. Those familiar with Titanfall’s universe, however, know there’s actually a handful of places we could go next.

Possible destinations include Gridiron, Harmony, Leviathan, and Troy – unless they want to drop a total surprise and go somewhere we’ve never seen before.

Harmony featured in Titanfall, but will Apex Legends ever make it to the planet? It’s certainly an option.

They don’t necessarily have to be in the same state as what they were after the great Frontier War (many were damaged and ruined). Some might even have been rebuilt in the time that came after. That said, some were destroyed, and that – sadly – ruled out some when forming our list of contenders.

Even casual players will recognize the third one in that shortlist too; Leviathans invaded Kings Canyon all the way back in Season 2. It would be interesting if we were finally given the chance to battle it out on their planet instead. 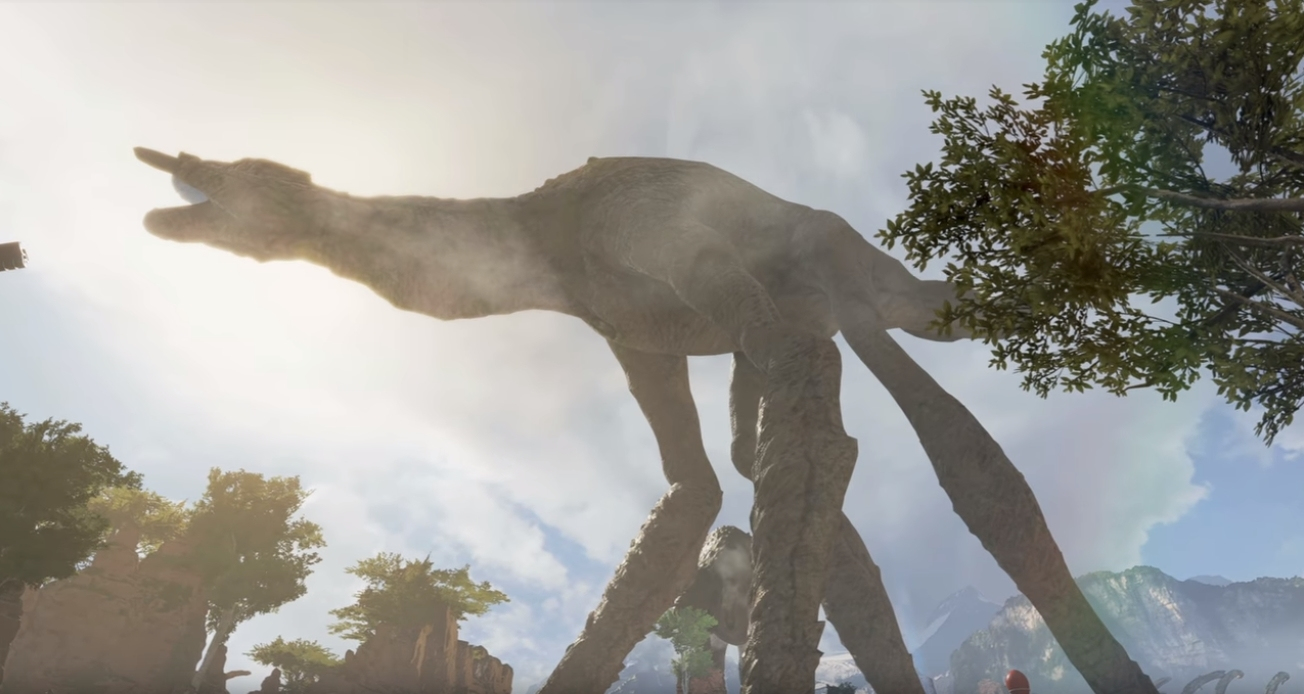 We’ll just have to wait and see where Respawn decides to take us next. Apex Legends may not be heading off-world for the second time in its history just yet, either, but there’s plenty to be excited about in this week’s Season 6 update.

Rampart will finally take her place in the Apex Legends roster this week, while Titanfall 2’s Volt SMG will also be added to the title’s arsenal. There will also be a new crafting mechanic, as well as a battle pass, and plenty more.