What happens when an entire Apex Legends lobby drops at Wraith’s Town Takeover?

Apex Legends players are definitely excited to try out the new offerings that came packaged with the Voidwalker update, creating instant chaos at the start of matches.

Respawn Entertainment have fully launched their next event for their popular battle royale, which introduced a new Town Takeover. While the last one was inspired by Octane and his thrill-seeking history, this players will be exploring Wraith’s past.

In doing so, the Apex Legends devs added in a “functioning prototype portal” so that players could hop into the mysterious research site that’s been unearthed on the Apex Games battlefield. 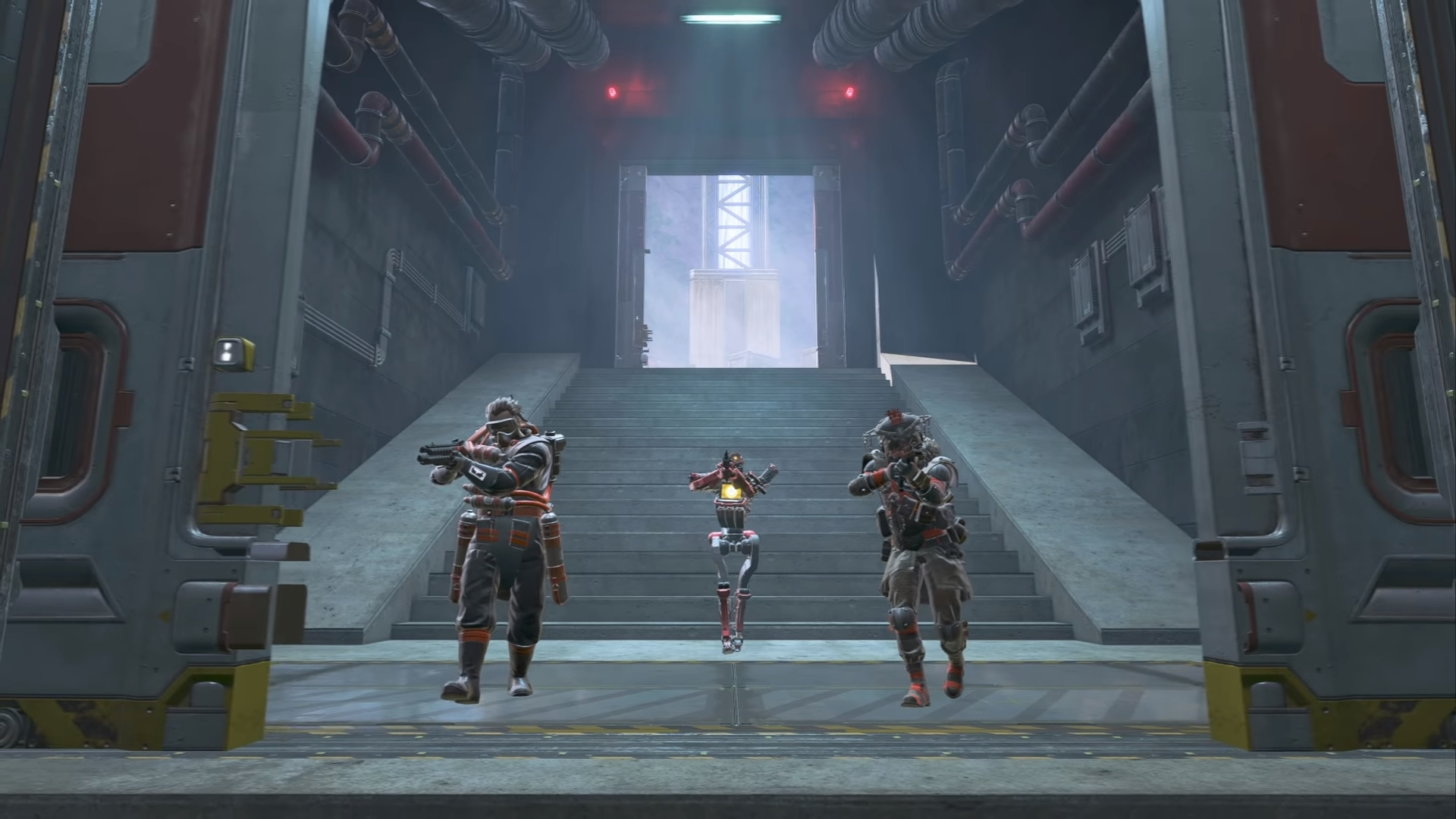 Singh Labs Interior is seeing a lot of early action.

But players too eager to explore the new area have been bombarding the point of interest called Singh Labs Interior, leading to hysterical brawls and impressive multi-kills.

In a Reddit post, user ‘givaar’ showed what happens when someone queues “up straight after a new update” that brings shiny new content to ravage through.

This is what happens when you queue up straight after a new update.. from r/apexlegends

As they panned the camera backwards, they could see a swarm of players diving straight for the new portal on the map.

The player then found themselves in a free-for-all fist fight as people frantically searched the corridors for any kind of weapon.

While they were eventually able to win out against three people and survive the initial onslaught, the halls were filled with echoes of calamity as the kill feed was at a near-constant scroll with freshly eliminated players.

A separate clip by user ‘Rus_Nix’ showed just how well Caustic mains are doing now that the most popular locale is a claustrophobic facility that’s ripe for a Toxic Trapper to go to work.

After seeing how many people were about to land in the new location, the Caustic player can be heard saying: “Wait wait wait, I got this. Don’t even worry.”

Downing 10 people at once (INSANE) from r/apexlegends

As soon as they came out of the portal, Rus_Nix instantly spread out Caustic’s Nox Gas Traps which was unsurprisingly effective, and made the streamer high-pitched with excitement seeing as their name was being spammed on the kill feed.

The new Apex Legends Town Takeover has given the game new life for many, but it might be best to avoid Singh Labs and its interior until the hype settles down a bit.