Apex Legends has exploded onto the battle royale scene since its February 2019 release, and is hurtling towards its second season, more details of which were released over the weekend at E3.

As a battle royale, looting is a key aspect of Apex Legends. One item that can be found in Apex is better ammo magazines, that are found in increasing rarities of common, to blue (Rare) and purple (Epic) in line with most items in the game. However, there is not currently a gold (Legendary) version in the game, as there is with other items, such as Body Shields. 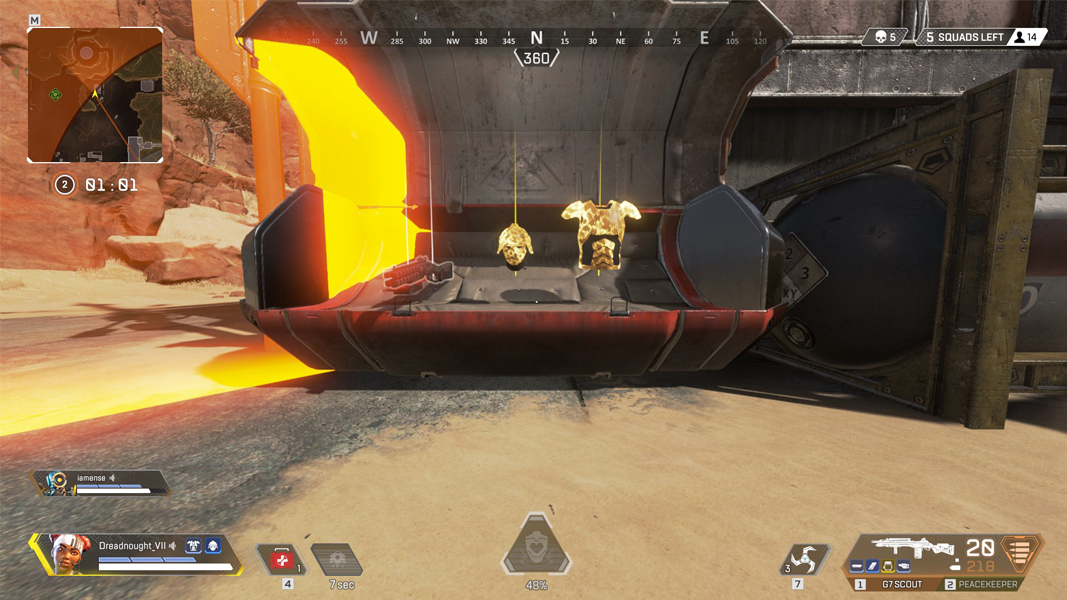 The gold helmet and body shield are already in Apex.
[ad name=”article2″]

Reddit user jimrei posted their take on gold magazines and the potential ability they would possess. As is customary in Apex, gold items benefit the user with a special ability on top of the purple variation. For example, the gold Knockdown Shield provides users with 750 damage protection (as the purple does), but also offers users the chance to self revive.

The user suggests that a gold ammunition magazine would grant players a 25% reduction in reload time, on top of the extended number of shots it provides. It should be noted that the increasing rarities of magazines already provide a reduced reload time, but nowhere near the 25% reduction suggested on Reddit.

Suggestion: Give us golden/legendary magazines that reduce reload time by 25% from r/apexlegends

The suggestion has proved itself very popular on Reddit, amassing over 14,000 upvotes at the time of writing. It’s possible we will see the addition of them into Season 2 of Apex Legends, as more information leaks about it.

Given the fact Rare and Epic variations of the magazines already speed up reload time, it’s possible that they will grant an entirely new skill, such as regenerating ammo count over time. Regardless, it’s clear Apex players want to see Legendary magazines in the game soon, particularly given community complaints regarding a lack of new content.