Apex Legends: Who is Rosie? Everything we know from leaks and rumors - Dexerto
Apex Legends

Apex Legends: Who is Rosie? Everything we know from leaks and rumors

The next Apex Legends character is yet to be revealed by developers Respawn, but there has been plenty of speculation about the addition of mysterious character called Rosie, or Loba, from leaks, rumors and teasers. Here’s everything we know so far about Rosie.

Most leaks actually point to the next legend coming to Kings Canyon being Crypto, and admittedly there is a lot more information available about him than Rosie – you can see everything we know about Crypto here.

However, Respawn hasn’t yet confirmed that Crypto is next, and there continues to be a stream of leaks about Rosie that cannot be ignored, potentially even hinting at a Season 3 release.

The in-game files gave us our first look at Rosie.

Rosie was first discovered soon after Apex Legends launch in February 2019, in a leak which revealed the names of eleven unreleased legends in the game files.

Rosie was buried away at the bottom of the list, and didn’t attract much attention, but more recent leaks have brought her to the fore. Although many of the other characters had their game files removed, Rosie has remained, and new files have been added.

According to leaker That1MiningGuy, it’s possible that Rosie was in fact Wattson’s tutor, when she was growing up in Kings Canyon, as explained in his leak video.

What are Rosie’s abilities?

Further leaks have seemingly confirmed at least the working names and descriptions of Rosie’s abilities.

In the files, it appears Rosie is also referred to as ‘Loba’ and described as a ‘translocating thief’. According to the game files, her abilities are as follows: 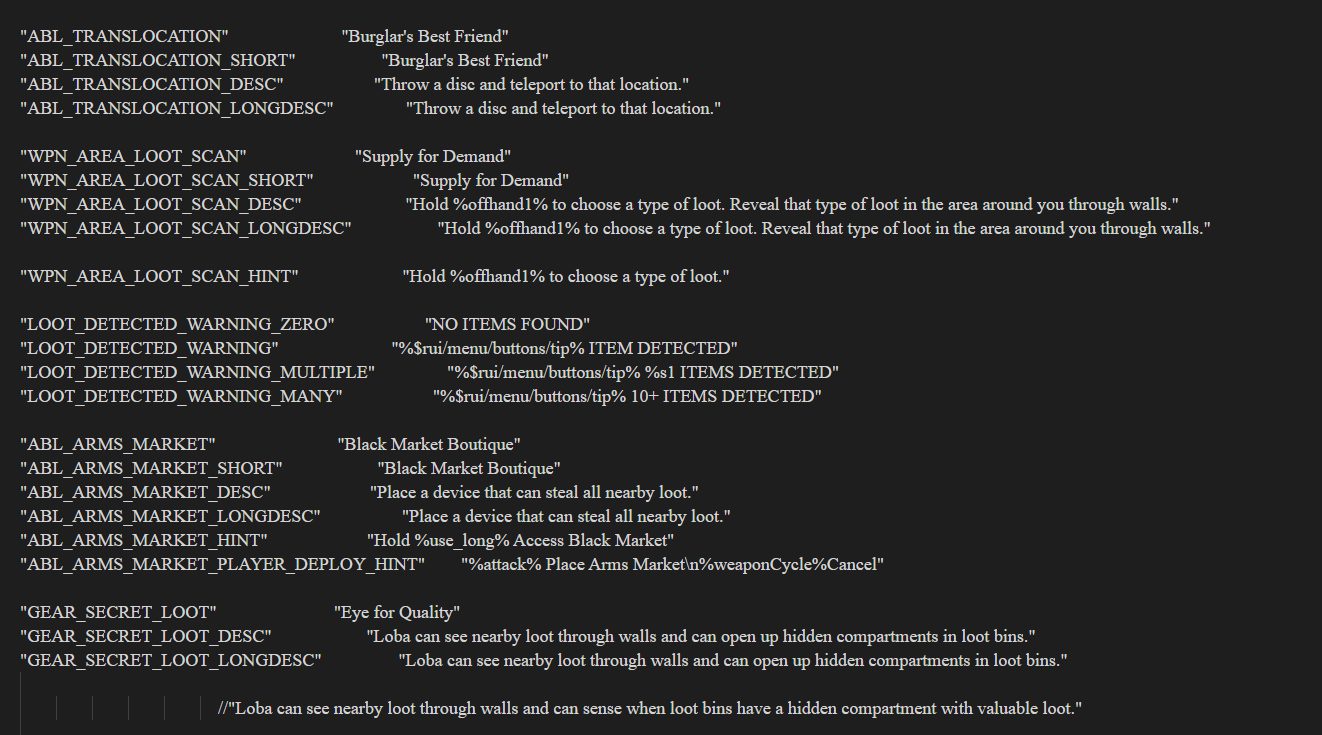 Rosie’s abilities are laid out in full in the Apex Legends’ game files.
[ad name=”article4″]

When will Rosie be added to Apex Legends?

From what we know, it’s expected that Crypto will still be the next legend added to the game, after all, he was explicitly teased in the Season 2 trailer.

So far, new legends have only ever been added at the start of new seasons, but, since he was teased in the Season 2 trailer, it’s possible Crypto will be added at some point before Season 3 begins in October.

This would open up a window for Rosie to release along with Season 3, or, if Crypto is pushed back till Season 3, it might not be until Season 4 in 2020 that Rosie is added.

Like with Crypto, Respawn has remained tight-lipped on the existence of Rosie in Apex Legends, but it’s possible that a lead developer left a teaser right in front of everyone’s nose.

On August 1, Tina Sanchez, a producer on Apex Legends, posted an image of a motion capture session, and the actor looks suspiciously like they could be Rosie’s character.

When asked if the motion capture was for Crypto, Sanchez simply replied with a closed mouth – giving nothing away.

It should be noted that Rosie is likely still in development, and nothing is final or confirmed until Respawn themselves make the big reveal.

For now, we will just have to wait in anticipation for the addition of Rosie, potentially the third or fourth new legend to join the fight at Kings Canyon, depending on whether she or Crypto comes first.

We will keep this article updated as more details about Rosie become available.