Developers of Apex Legends, Respawn Entertainment, have revealed a number of new bugs they are investigating, as they try to give players the best possible in-game experience.

Community reception to Apex Legends has been overwhelmingly positive, as it tries to maintain its strong position in the oversaturated battle royale market.

While players have flocked to Apex, criticism has centred around Apex’s slow implementation of new content, as well as the number of bugs affecting players’ experiences. 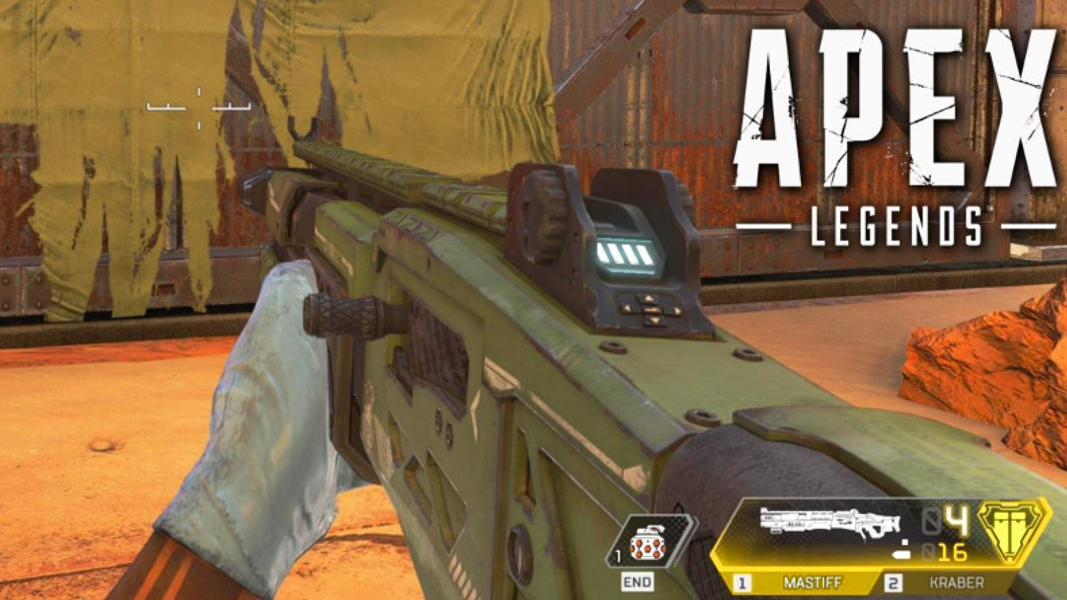 The Mastiff is one weapon that is affected by the new bugs.
[ad name=”article2″]

In an attempt combat the number of issues players are having, Respawn have set up a dedicated Trello page where players can report bugs, and follow the progress of acknowledged ones.

However, it appears players will have to be patient as, on July 19, Respawn added five new bugs to the Trello page, that they are going to start investigating.

These bugs range from the relatively insignificant, to more noticeable and frustrating issues, some of which players have been vocal about for months. 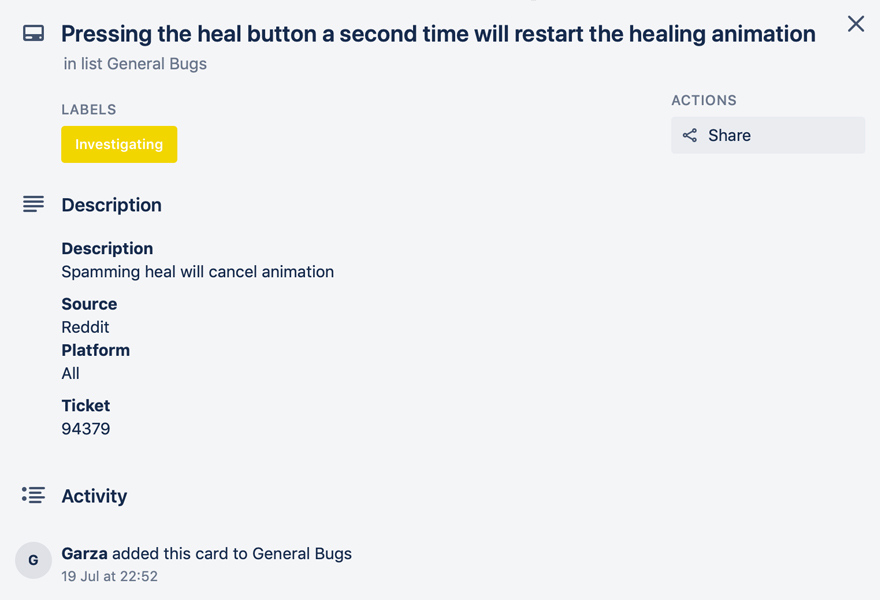 The full bug surrounding healing, as Respawn confirm they are investigating.
600[ad name=”article3″]

Arguably the most important of the bugs listed, players have been experiencing errors around healing. Specifically, if a healing button is spammed after the animation has already been triggered, healing can be cancelled and the player will remain damaged.

Prior to Season 2, players were able to simply spam the heal button, so that they would instantly pop their next syringe or shield cell when ready.

Other bugs added include issues surrounding the ability of players to switch the language of localized voice overs, a feature which was only recently added to the game. The full list of issues added on July 19 can be viewed below. 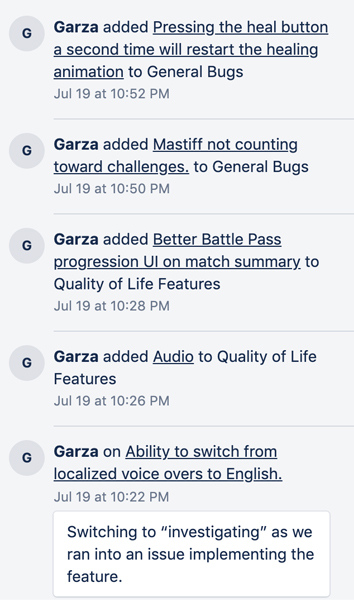 Mastiff not counting for challenges

Also, there have been issues with the Mastiff – the game’s legendary shotgun – registering towards challenges players are trying to complete.

While players will be frustrated with the issues, particularly if they struggle to heal, it is clear the extent to which Respawn are trying to reduce the number of bugs in their game, and maximize players’ enjoyment.

For all the latest Apex Legends news, including bug fixes and updates, stay tuned to Dexerto.