A new teaser in Apex Legends has appeared on the World’s Edge map but its relations to the possible Bloodhound Town Takeover and Prowlers is anyone’s guess.

Anticipation has been building for the next in-game event for the battle royale and players can feel something coming soon since the Respawn Entertainment developers have been injecting teasers across the game.

So far we’ve seen construction site flags on the mountains of Sniper’s Ridge, as well as the carcass of a Prowler, a brutal beast from the larger Titanfall universe.

The upcoming Apex Legends event will explore Bloodhound’s past.

Players are now reporting the appearance of a new crate on the map that could also be linked to the next event and there are a few ways it could tie in as a teaser.

“Is this new?” Reddit user ‘’ said about the ‘Werneck’ branded box that looks to be heavily fortified. “Between Sky Hook and where the Prowler is. Maybe I just never noticed.”

The name on the box, Werneck, has its place in Titantfall lore as a shipping and manufacturing company mentioned in passing throughout the series.

The crate that could be tied to the Apex Legends Bloodhound Town Takeover.

But now with Apex getting ready for Bloodhound’s Town Takeover, one theory is that these crates could be repurposed to introduce Prowlers to the map.

We know that the beasts can get pretty wild and pack a punch in groups, so it wouldn’t be surprising if Respawn chose a familiar name in shipping to get them to the Apex Games.

“Oh crap, a cage for the Prowler creature!” wrote Reddit user ‘ZipToob88,’ seemingly convinced that’s what this new box is for.

However, some eagle-eyed fans were quick to notice that the crate resembled the ones found on the map just before the launch of Season 4, as a way of foreshadowing some of the changes to World’s Edge.

“Same things appeared around Fuel Depot before season 4 started,” wrote ‘Unlucky_Sasza.’ “I think even before the construction signs. I think it`s safe to assume it’s like a construction flag.”

So the box could end up being tied in more with the map changes coming for the Bloodhound Town Takeover rather than being a temporary home to Prowlers, but we’ll just have to wait and see. 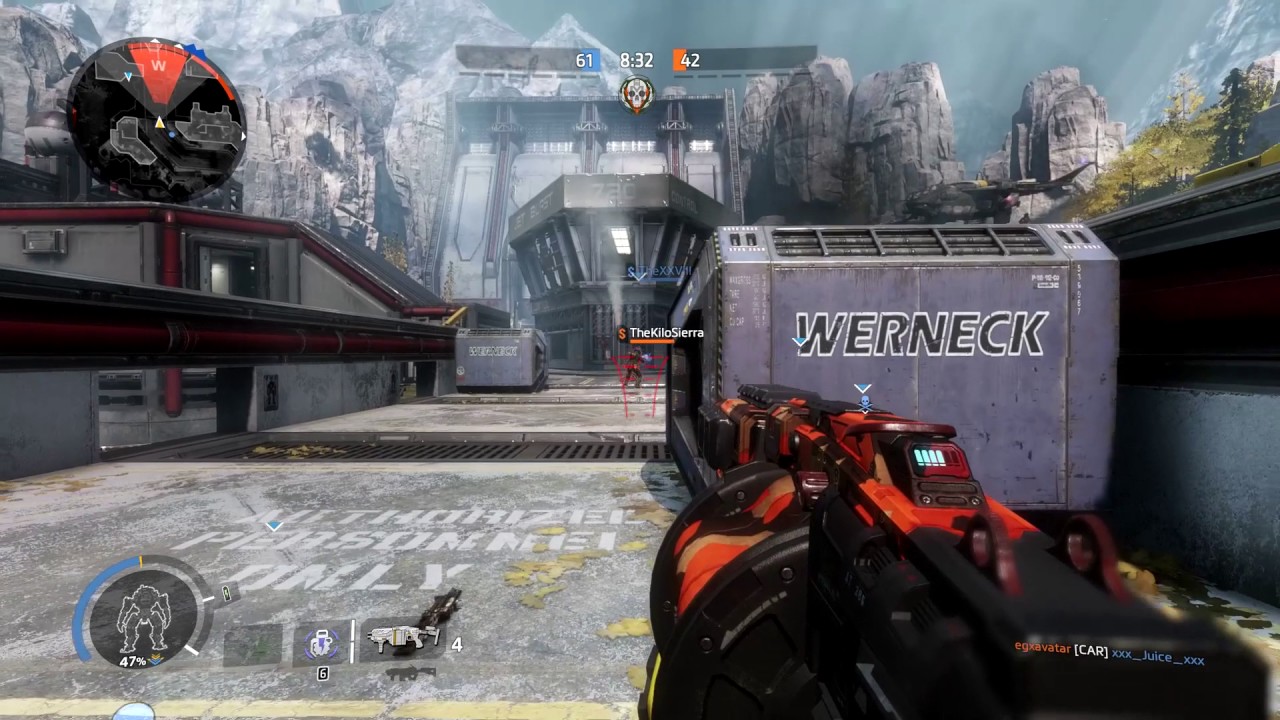 The same Werneck logo from Titanfall 2 has been spotted in Apex Legends.

That’s not the end of the theories, however, as others have hazarded to guess that the crate could be carrying loot, similar to the ones that the Flyers from Season 2 would drop after being knocked down by players.

The image here shows what looks to be a red access terminal on the side of the box. It’s possible there could be valuable loot in there during Bloodhound’s event that can only be accessed by a drop from defeating a wild Prowler, similar to acquiring Vault Keys from flying cargo bots.

Your guess is just as good as ours.

Before they became legend, young Bloodhound faced a rite of passage. Join them on the hunt and learn the harsh lessons of the Old Ways.

While this newest teaser has raised more questions that it’s answered, we do know that there will be some sort of reveal coming soon, after Respawn posted the image above on April 1.

The tweet is a poster for a video that’s being released on April 2, which will be some sort of lore about Bloodhound, likely tied in with the upcoming Town Takeover event.

As always, we will continue to bring you the latest as more information becomes available.