There has been some changes made to the Apex Legends map, hinting at a major alteration coming to King’s Canyon in the near future.

Seven construction flags and eight warnings signs have been added around the Shattered Forest, with fans speculating it could be for another Town Takeover. 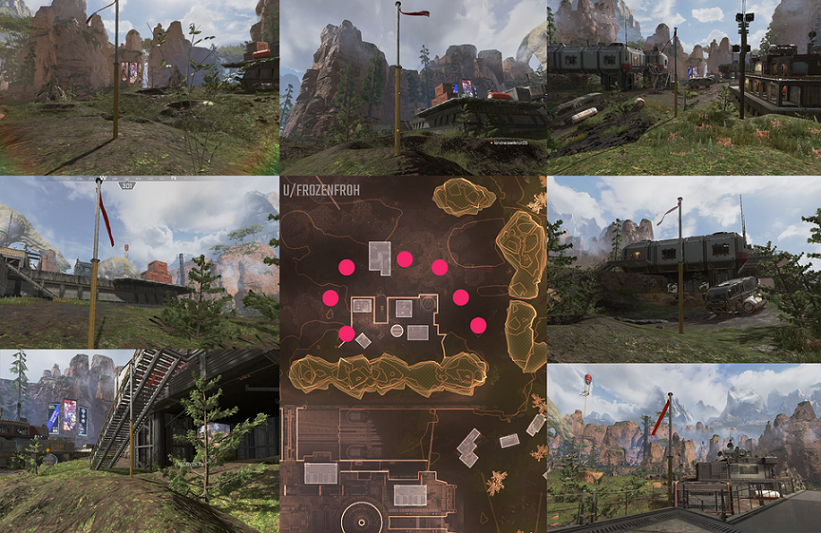 Reddit user ‘FrozenFroh’ found the conspicuous construction flags near Hydro Dam on August 27. It’s suspected the town takeover will be for Wraith as an expansion of her lore, incorporating underground elements into the Northern end of the map.

“Determined to uncover her true identity, Wraith began a quest to find out more about the experiments,” says her bio on the official Apex site. “Many of the old research facilities, however, are buried beneath heavily guarded arenas used for the Apex Games.”

Fans are speculating if Wraith will have the next town takeover.
[ad name=”article3″]

Previously, as part of the Iron Crown event, Octane had a Town Takover out by the Thunderdome, decking out that section of the map with speed-related obstacles to fit the theme of his character.

After the release of Octane’s Town Takover, Apex’s Director of Product Management Lee Horn said that the developers were looking at ways to incorporate each individual Legend into the map.

“We’re always looking for new ways to weave Legend personalities into the map, and this change will remain part of Kings Canyon even after the event ends.”

These map changes help keep the game fresh while also tying characters’ lores back to the Kings Canyon. It also makes for a great hot dropping zone after they go live as players check out the new areas on the map.

This isn’t the first major Apex Legends leak in the last 24 hours though. Dataminers uncovered the abilities for two new legends⁠—Jericho and Immortal—adding another tank and support into the mix.

So, if you are a fan of Wraith in Apex Legends, keep an eye out around the Shattered Forest as your favorite character might be next on the list for a town takeover.