Popular battle royale game Apex Legends has had its fair share of glitches and bugs since the games release back in February, but this newly discovered issue with doors might be among the most frustrating.

Despite Respawn’s best efforts, Apex Legends is not free from in-game glitches that can spoil a match for their players and new ones are being found since the launch of Season 2.

This new Apex Legends glitch which was found included some of the doors inside the popular Bunker location in King’s Canyon, one of the locations to survive from Season 1. 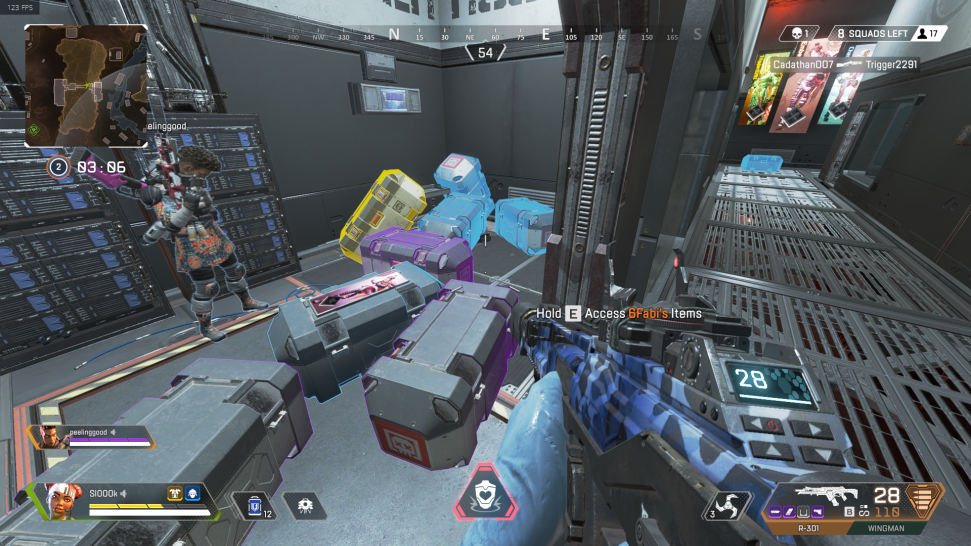 The Bunker in Apex Legends can often be full of enemy loot bags due to how crowded the area is.
[ad name=”article2″]

One player discovered just how lethal doors could be, if you’re unlucky enough, after watching his teammate die instantly due to this bizarre bug.

His teammate followed shortly after, however, he did not have the same luck with passing through the door, which was being held open by an enemy’s death box, as it killed him instantly much to the shock of him and his team.

Respawn developers currently seem to be unaware of this frustrating glitch, as it has not yet been pinned on their public glitch tracker.

The “Apex Tracker” was released in early July in order to inform fans what the developers were working on and offers players the chance to issue any bugs that can ruin players experiences, such as this one.

It seems as if the main cause of the glitch was due to the player becoming trapped between the door and the death box.

Although with how likely kills are to take place within the bunker, this glitch could affect a lot more Apex Legends players in the future.