Apex Legends fans have identified a new weapon in the Season 4: Assimilation trailer that might be coming to the game soon.

The major focus of the new trailer released on January 30 was Revenant, who has now been confirmed as a Legend for Season 4 after murdering previously-announced character Forge.

New Legends aren’t the only thing that a new season typically brings, however, with most also introducing new weapons for players to pick up. A new ‘Sentinel’ sniper has already been confirmed for Season 4, but players are speculating that another new weapon could be on its way after Titanfall 2’s Sidewinder was spotted in the trailer.

Near the start of the trailer, which follows Revenant as he fulfils a contract to kill a thief, the character – who sees himself as a man, rather than a machine – trails his hand across a table, underneath which is a weapon.

As identified by Reddit user Lemondrawp, this weapon appears to be the Sidewinder, a micro rocket launcher found in Titanfall 2. 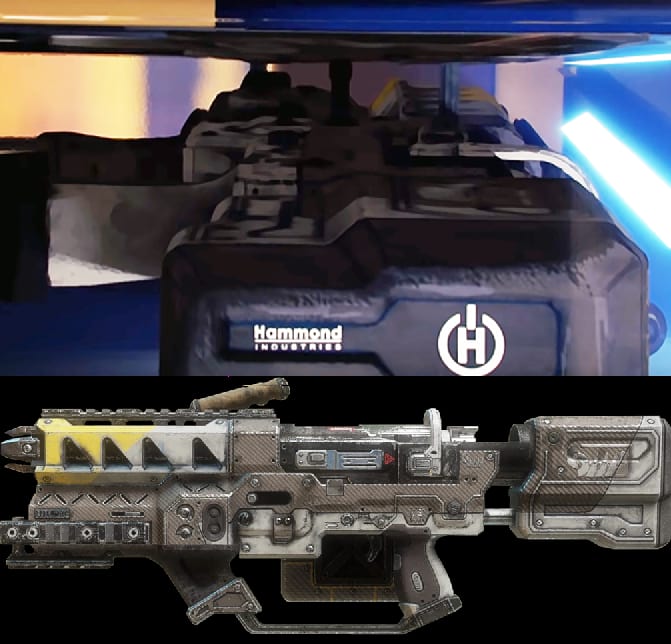 The Sidewinder was designed as an anti-Titan weapon in the Titanfall universe, so it’s not too surprising that it wasn’t among the original arsenal to be brought over to Apex, but with it having been deliberately placed in the Apex Season 4 trailer it seems that could be about to change.

Animations for the Sidewinder, along with several other weapons, were discovered in the game’s files back in September, although with Apex being built upon the foundation of Titanfall, this was no guarantee that it would ever actually be introduced to the battle royale. Now, however, it seems very possible that it could be set for release in Season 4.

Season 4 of Apex Legends is due to kick off on February 4, making the one-year anniversary of the game’s release. Though fans now know more about what to expect from the new season, many of the teasers and trailers have raised as many questions as they gave answers – such as the true fate of Forge, for instance, who many still believe must have some greater part to play in the game’s unfolding story.

As for whether the Sidewinder is really about to be added to the game, players will likely just have to wait and see.