Respawn and PlayStation have teamed up again to give PlayStation Plus owners a free Apex Legends cosmetic pack.

Respawn and PlayStation have come together again to release a brand new PlayStation Plus Play Pack for the newly released Apex Legends battle royale game.

Similar to the pack released shortly after Apex Legends came out, the newest one features two free hero skins (this time for Mirage and Lifeline), two weapon skins and two banners.

The new cosmetic pack is currently available on the PlayStation 4 store for free, for all PlayStation Plus subscribers. 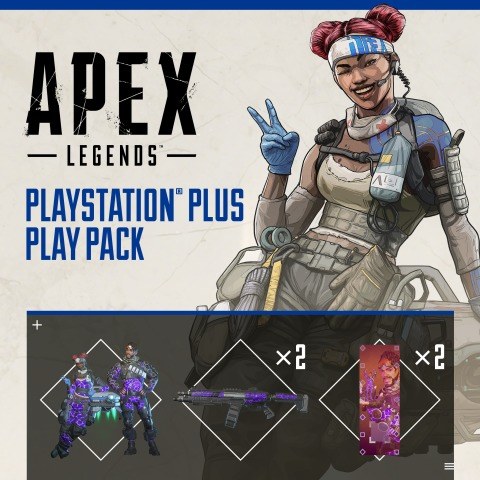 Like other free to play games on the PS4 console, such as Fortnite, a PlayStation Plus subscription is not required to actually play Apex Legends, but it is needed to download and use the free Play Pack.

The PlayStation Plus Play Pack includes exclusive PlayStation themed cosmetics, for a total of 6 items for players to use in-game:

A lack of more legend skins and weapon cosmetics are some of player’s biggest complains about Apex, so at least PlayStation players will have a few more options at least.

The pack is similar to the previous PlayStation Plus Pack given to players shortly after the release of Apex Legends in February 2019.

There is one big difference though, instead of a blue color scheme like the previous Play Pack, this one gives Lifeline and Mirage purple skins. The weapons and banners are also purple instead.

There’s no expiration date for the free packs, but players should redeem them sooner than later because eventually it will be gone.