Leaks for an upcoming Apex event called the “Holo-Day Bash” began popping up in the first week of December 2019, and they included a look at a new LTM hosted by none other than Mirage.

There are also a ton of new skins included in the event – and before you ask, yes, a new Mirage skin was indeed found with the leaks.

My mirage never gets love pic.twitter.com/Fc1lJbMBfg

Along with all of that, the trickster also has a ton of new voice lines, which makes sense if he’s going to be hosting his own game mode during the Holo-Day Bash.

Apex Legends leaker and data miner iLootGames followed the week up with a new audio clip of Mirage calling his mom.

“Hey, well if it isn’t the most beautiful woman in the world? I mean, I have to get my good looks from somewhere,” the legend quips in the most Mirage way imaginable. “How you doin’ Mom?”

The call starts out as any between a mother and her endearingly overconfident son would, and he informs her that he’ll be personally taking over the games for the holidays – but also reveals a potentially sadder side of the legend’s backstory.

“It makes sense, you know – I mean, give the fine people of the Outlands what they want, right?” Mirage tells “Momrage” (sorry). “Yeah, yeah that’s right Mom, I-I’m your son, Elliot. Yeah! Yeah, of course, I’ll win for you today, always for my number one fan.”

We don’t hear the other end of the exchange at all, but Mirage does sound uncharacteristically sad during the whole thing – but whether it’s just a complicated family relationship or something else remains unknown. 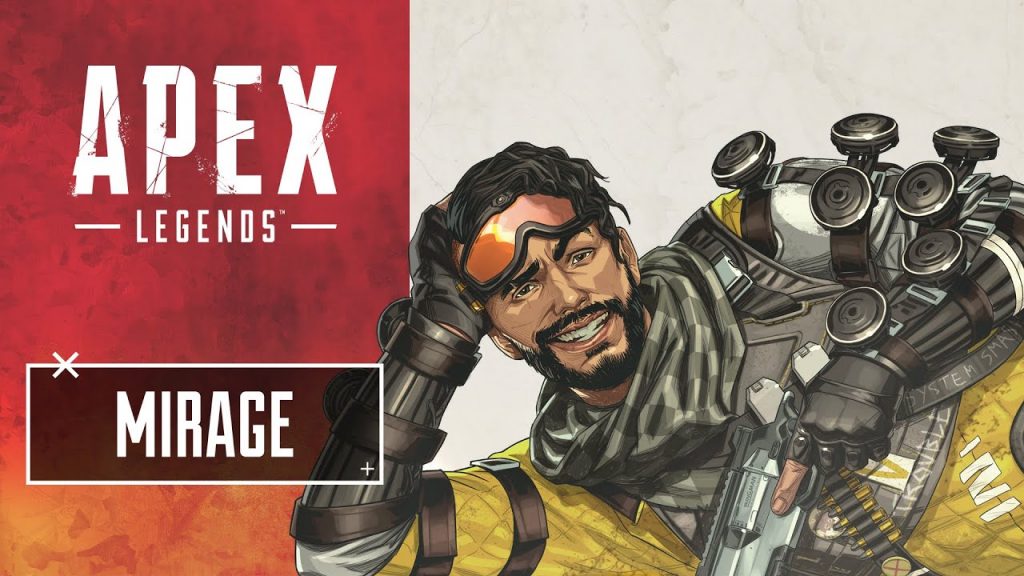 The upcoming Holo-Day Bash event could provide more background on one of Apex’s most entertaining legends.

Even though we got a dropship worth of leaks in the first week of December, a release date for the Holo-Day Bash event wasn’t included in any of them.

Still, the event definitely seems to be Christmas/holiday themed, so a release date sometime before the end of December is probably a little more than likely.