Apex Legends statues unveiled at SDCC and they look incredible

For collectors and fans of Apex Legends, some new high-quality statues were unveiled at San Diego Comic-Con on Thursday, July 18.

The statues are made by the Weta Workshop in New Zealand. They have a history of creating statues and collectables for a number of game franchises such as Borderlands, Tomb Raider and Warcraft.

The company has also worked on products for blockbuster movies including Lord of the Rings, Ghostbusters, Planet of the Apes, and Alita Battle Angel.

Back in April, it was announced that Apex was partnering with WETA Workshop to bring their characters to life. Now we can see just how that partnership panned out.

Already available for pre-order on their website are Bangalore, Bloodhound and Mirage. The “mini epics” sell for $29.99 each.

Last night at #SDCC, the folks at @WetaWorkshop revealed their brand-new Figures of Fandom line, available for pre-order this September.

See them for yourself all week at booth 3613 :raised_hands::skin-tone-3: pic.twitter.com/Glls68A60t

More are on the way too. Revealed at Comic-Con were Wraith, Pathfinder and Lifeline. They all look incredibly detailed. You can tell a lot of work goes into crafting each statue to make sure they’re authentic to the game.

Each figure’s stand even has the Apex logo on it. A nice touch to an already fine piece of work. 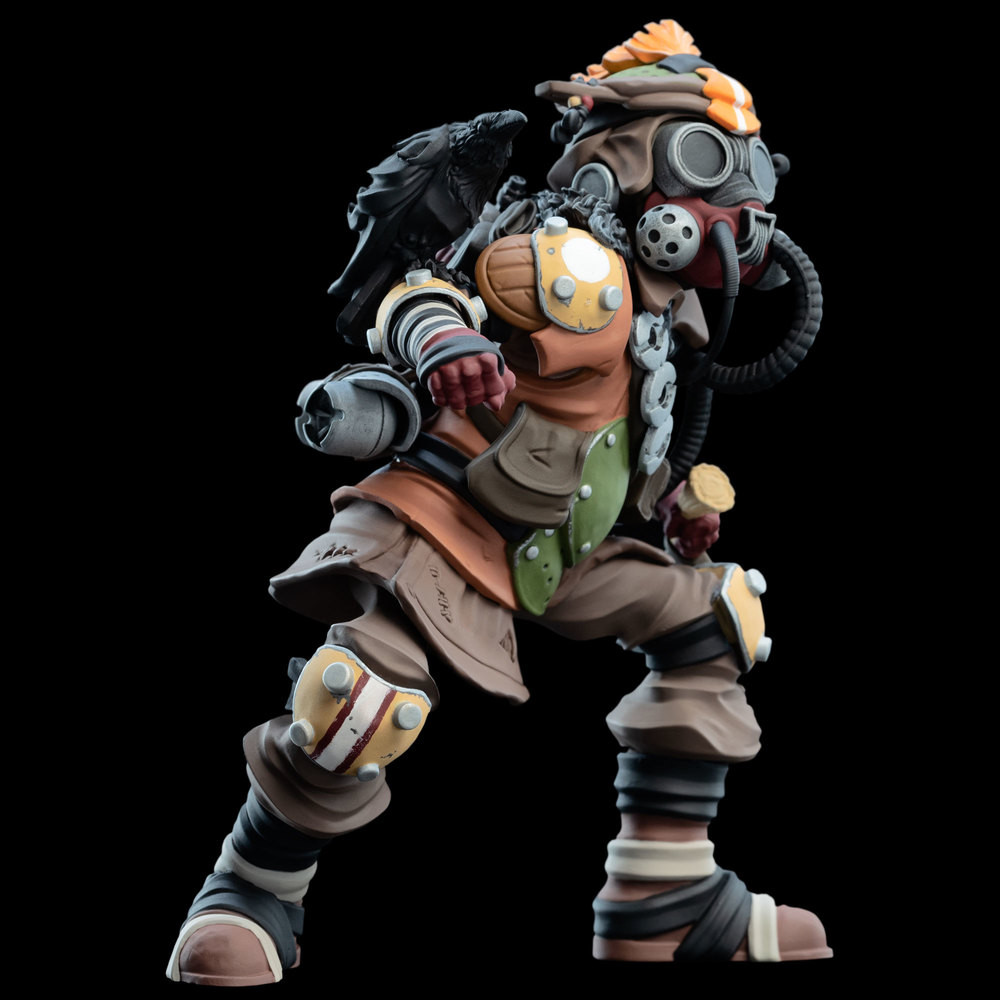 With season 2 of Apex in full-swing we wouldn’t be surprised to see these collectibles become a hot commodity within the fandom and player base.

It will be interesting to see what else the Weta Workshop has up its sleeve in the future with the Apex franchise.

The second season of Apex titled, “Battle Charge” has arrived. This season sees the introduction a new Legend, Wattson, who uses electricity as her a weapon.

Additionally, this season introduced several major changes to the Kings
Canyon map, including two new named points-of-interest, a revamp of
Shattered Forest, a lot of damage done to a variety of locations, and
more.

Season 2 has a lot more cosmetics, weekly challenges and rewards than season one. Additionally, this season brought the addition of “ranked leagues” for a more competitive experience.