Mirage has a disappointing Ultimate ability in Apex Legends and fans of the game are brainstorming ways to make it better.

The problem is, since the ability turns the real Mirage invisible, if enemies see multiple Mirages, it is obvious that none of them are real.

To make matters worse, Mirage is unable to fire his weapons while invisible and cannot control when the invisibility ends, making him a defenseless target.

Since Mirage is one of the characters in Apex Legends that needs to be unlocked, fans are disappointed that the best way to play him is to not use his Ultimate. Fortunately, they are coming up with ways to improve Vanishing Act.

Reddit user bluEyedillusion created a list of possibilities for improving Mirage’s ult. They were clear that not all of these need to happen, or it could become overpowered. 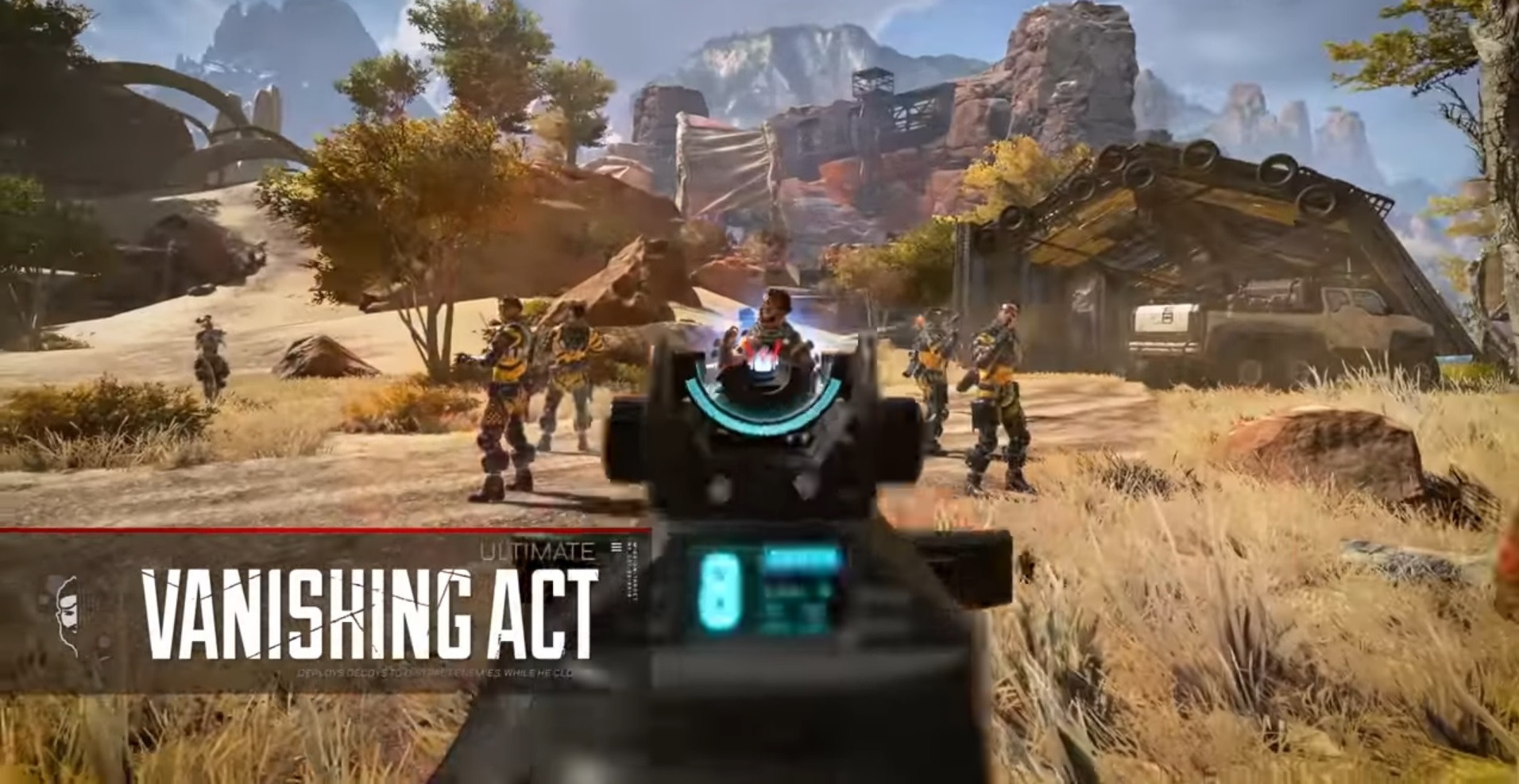 If Mirage is invisible, it is obvious which ones the clones are.
[ad name=”article3″]

Reddit user DawnBlue pointed out that Respawn should be able to fix up Mirage easily, considering they already used a better version of his Ultimate in Titanfall 2.

The Holo Pilot did what some are requesting, keep Mirage visible so he can actually blend in with the clones. Respawn has yet to comment on Mirage and are most likely waiting for more data as more players unlock the character.