Players of Apex Legends, Respawn Entertainment’s Titanfall-esque battle royale, are demanding a rework of the in-game store, as the developers address issues surrounding it.

Apex Legends has received community criticism of late, mainly centered around the lack of definitive updates the game has received, particularly when compared to its competitors, like Fortnite Battle Royale, which has a fairly major update once a week.

Now though, they are also facing calls to rework the in-game store, particularly after issues were addressed by Respawn on May 18. 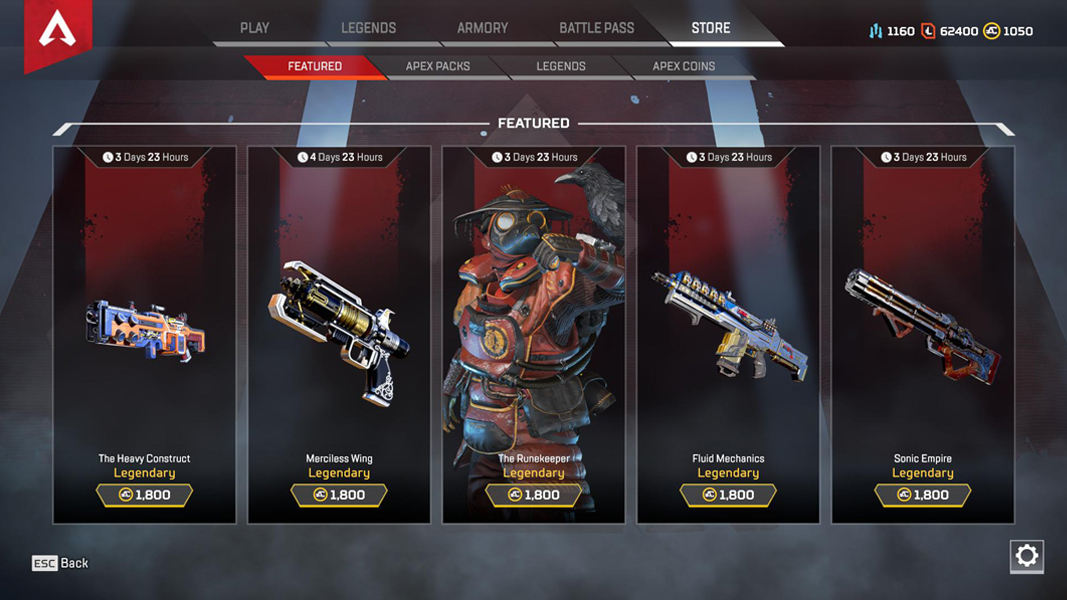 The in-game store, with the changed layout.
[ad name=”article2″]

Apex Legends’ in-game store offers players weapon skins, charms and animations in return for in-game currency, as is fairly typical for games nowadays. EA – publishers for Apex Legends – have previously been criticized for their implementation of micro-transactions into their games, such as the FIFA series of soccer games.

However, on May 18, Reddit users noticed changes to the setup of the store, without any item priced by legend token. This shift in appearance was unpopular, and left many Reddit users wondering what the reasons were for this change.

Allfather give me better store! from r/apexlegends

Since then, Respawn have replied in a Reddit post, that explains the situation. “We’ve seen some threads asking about what happened in the store with the removal of recolors and just wanted to give some quick context,” it starts. “We had an issue with the store which meant our next batch of recolors didn’t get in the build in time, so we weren’t able to do the next rotation of recolors. Our options were to just show some number of standard skins or to rotate old recolors back in.”

It finishes by saying that they don’t want to put colors back into the store so soon after their initial release, and that this layout change is only temporary – changing when they release the game’s next patch.

Many users have responded negatively to the post, writing “How about you change the store completely and make skins and camos a reasonable price?”, and another asking for a change to have a complete overhaul of the store itself.

Still, the community appears to be growing in confusion as to Respawn’s approach for the in-game store for their incredibly popular game.

Hopefully with Season 2, launching in June, there will be more content for players to look forward to, both through earned items by playing, and purchasing cosmetics in the store.