An Apex Legends players has found a series of powerful spots on the map from where enemies can be caught off-guard and shot at very effectively.

Winning gunfights is arguably the most important thing players have to do in Apex Legends in order to win matches, and there are a lot of factors that go into engaging enemy players.

One very effective approach when engaging enemies that are hiding in huts and houses is to try and shoot them from the cracks and openings in the walls and roof, rather than through the more obvious doors and windows.

Taking that idea a step further, one players has discovered that the huts which have two floors usually also have two roofs, and where the two roofs meet there is almost always an opening through which nearly the entire interior is visible. 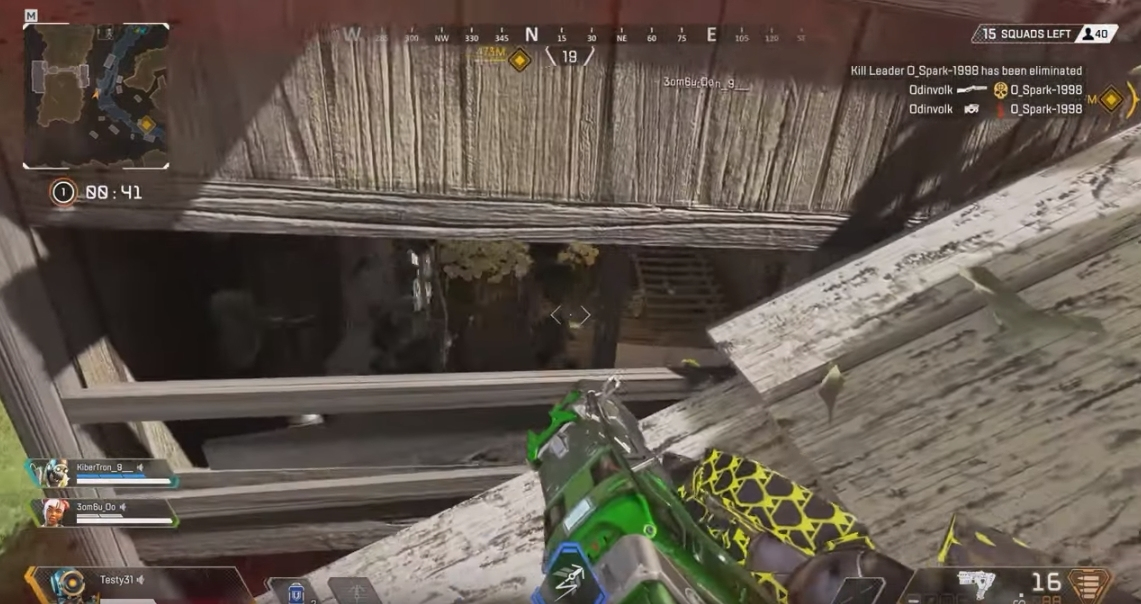 Shooting at enemies from this opening can have a devastating effect if done correctly.
[ad name=”article3″]

How to use this tactic effectively

The key then in engaging enemies who are inside a hut is to identify the lower roof, climb on top of it, and then locate the small opening in the adjacent wall.

From there, it’s more than likely the enemies inside will be visible, and that there will be a clean line of sight to shoot at them.

The best part about this tactic, at least for now, is that most players will be so preoccupied with keeping an eye on the windows, doors, and more obvious openings, that they will not think to cover themselves from that opening.

This then opens the door for a well-executed attack to be unleashed, and should result in the enemies either being eliminated or hurt to the point where they can then be rushed at and killed through doors and windows.

Now that you’ve been made aware of these spots, you should definitely add it to your arsenal use it to catch enemies off-guard and eliminate them.

Furthermore, it’s important to always keep those openings in your mind if you are the one occupying a hut, so that others won’t be able to use it against you.