Apex Legends players have uncovered a bizarre new use for Octane’s Jump Pad ability that allows them to score kills without needing to go anywhere.

Octane was the first new Legend added to Respawn Entertainment‘s popular battle royale title back in Season One: Wild Frontier. The adrenaline junkie character has quickly become of the more used legends in-game as fans use his unique movement mechanics to maneuver around the map.

However, it is those mechanics which have been found to have a secret use – allowing players to become more of a hindrance to both their teammates and enemies. 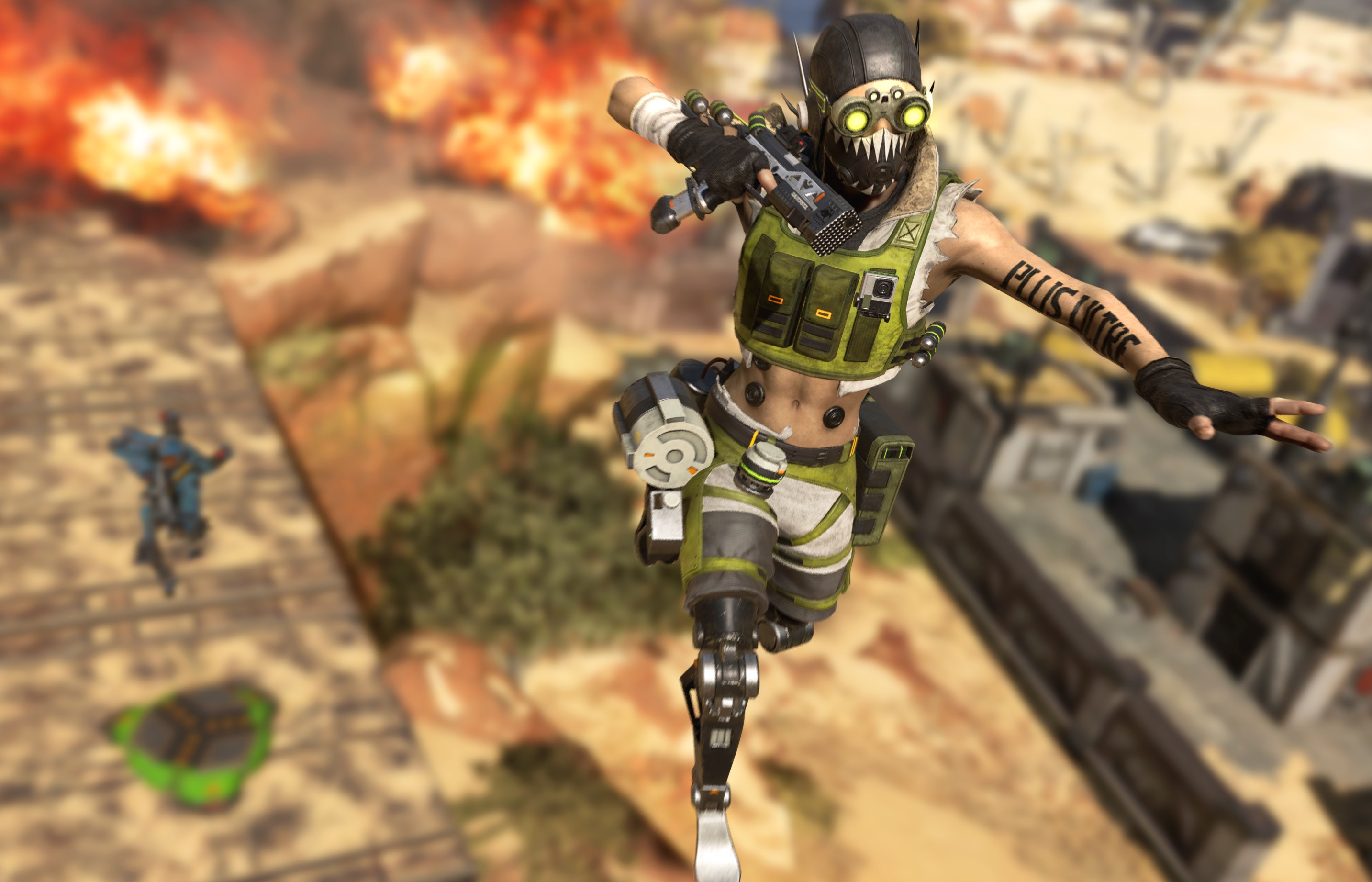 Octane has quickly become one of the a must use legends in Apex Legends.

In a post to the Apex Legends subreddit, user SzyjeCzapki showcased their discovery during a late game situation. As their teammates climbed to a higher point, the Redditor threw down Octane’s jump pad in a bid to give them a huge launch.

However, one of the players – using Caustic – wandered in front of the throw and took the Jump Pad to the side of the head. Instead of the item bumping them a few meters, the players were left shocked to find that the touch actually eliminated the Caustic player as the death message showed that they had been ‘crushed’.

Now, of course, players can recover from the strange new discovery thanks to the games long-standing respawn beacon – provided their banner has been recovered.

Yet, it remains to be seen if the uncovering of this crushing ability is actually meant to be work as it does, or if the friendly fire aspect of being crushed is an error. However, if it’s not, it would presumably work in the same way on enemy players.

It may take some luck, or just running into bad players, but being able to crush someone as Octane will bag you as many style points as pulling off a finisher kill. Even though you won’t get the same free shield recharge.

Respawn developers regularly monitor the game’s subreddit and respond to similar highlight moments, so it could well be the case that they’ve yet to see Octane’s jump pad being used in this way because they haven’t responded.