An Apex Legends player has produced a concept for a Mirage rework that would significantly improve his ability to misdirect enemies.

Mirage has long been considered one of the weakest Legends in the game, with his ability set criticized for not being particularly useful.

Though he’s designed to help players out-think their opponents with decoys and distractions, the reality is that his abilities are too often very easily identifiable, making them ineffective. With u/Ben_Mc25’s rework, however, Mirage could become a true master of misdirection. 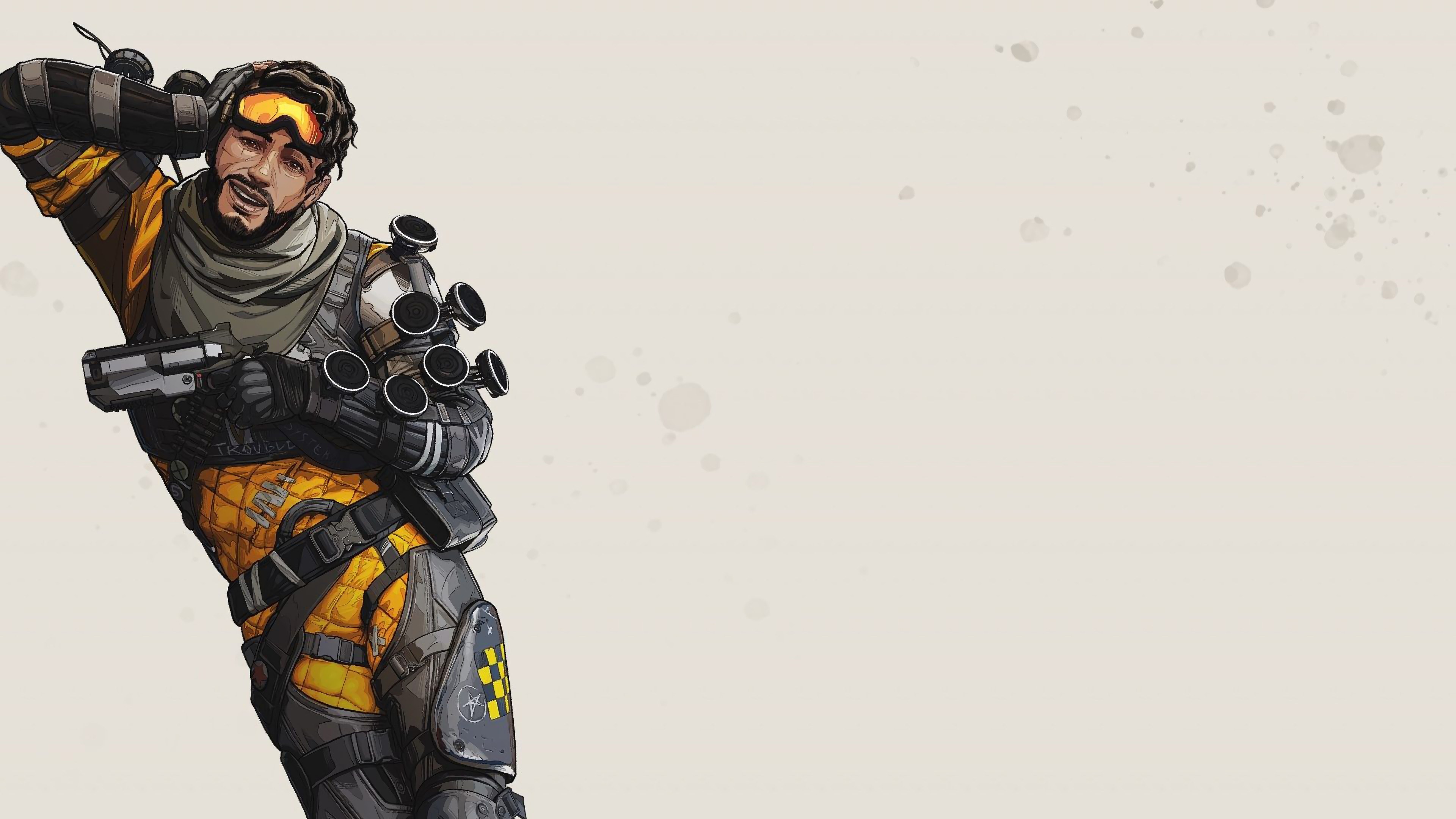 Mirage has been labelled by many players as the weakest Legend in the game.

In place of the stealth that Mirage gets when he is downed, Mirage’s passive would empower his decoys to a greater degree. Upon meeting a downed opponent, they would initiate a finisher – which is highly likely to force a response from the downed player’s squad – before disappearing if the animation completes.

Likewise, Mirage’s Psyche Out ability, which deploys a holographic decoy, would have the added function of a second activation that causes the decoy to fire in the direction they’re facing, making them appear more realistic.

One of the biggest targets for criticism against Mirage has been his ultimate. As it stands, Mirage’s ultimate sees him throw out multiple decoys in a circle around him, and go into stealth for a short period.

With the decoys remaining static and the stealth not being true invisibility, and therefore often still fairly easy to identify, many argue that the ultimate is ineffective in most cases.

With u/Ben_Mc25’s rework, the stealth would be traded for a short flash and smoke to conceal Mirage’s initial position. Meanwhile, the decoys that spawn would all face different directions, and then would mimic the actions of the real Mirage, making it much harder to identify the true player. 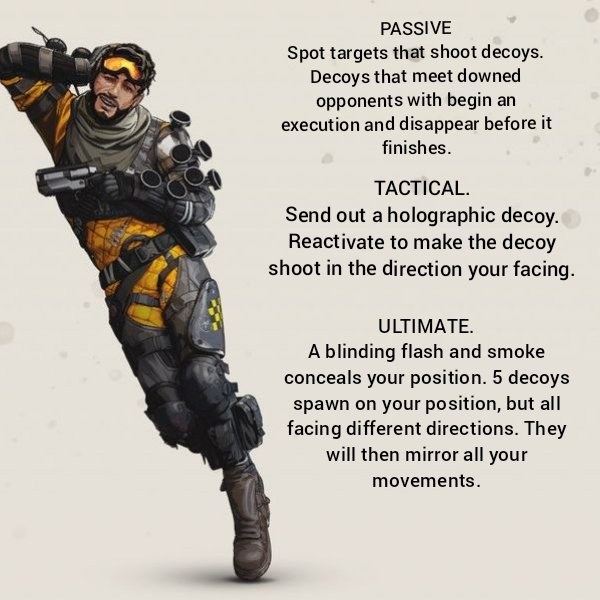 u/Ben_Mc25’s concept for a Mirage rework.

Unfortunately for players hoping to see changes along these lines – or any significant adjustments, for that matter – Respawn have stated that they don’t have plans for major changes to existing Legends, and so “Mirage is unlikely to get any sort of major rework.”

Apex Legends players can at least look forward to some brand-new Legends in the future, although at the moment there isn’t yet an official timeline for when the next character will be released or how frequently new Legends can be expected going forward.