Twitch Prime members who are also Apex Legends players have a special treat in the Iron Crown Update – an exclusive new skin for Octane.

Partnership with Twitch Prime has been very popular for battle royales like Apex, Fortnite and PUBG, which build on their strong Twitch viewership to get more players on their game.

Even though Apex isn’t seeing the massive Twitch viewership numbers it did shortly after release, it’s still a hugely popular game on the platform.

Apex Legends has proven to be a popular battle royale, and seems to be sticking around.
[ad name=”article2″]

Respawn Entertainment and EA have kept the Twitch Prime partnership going, offering another exclusive skin during Season 1 and now an exclusive Octane skin for Season 2.

The new Octane skin gives him golden goggles, a red and black outfit trimmed with gold, and what appears to be Japanese characters running down the middle of his helmet. 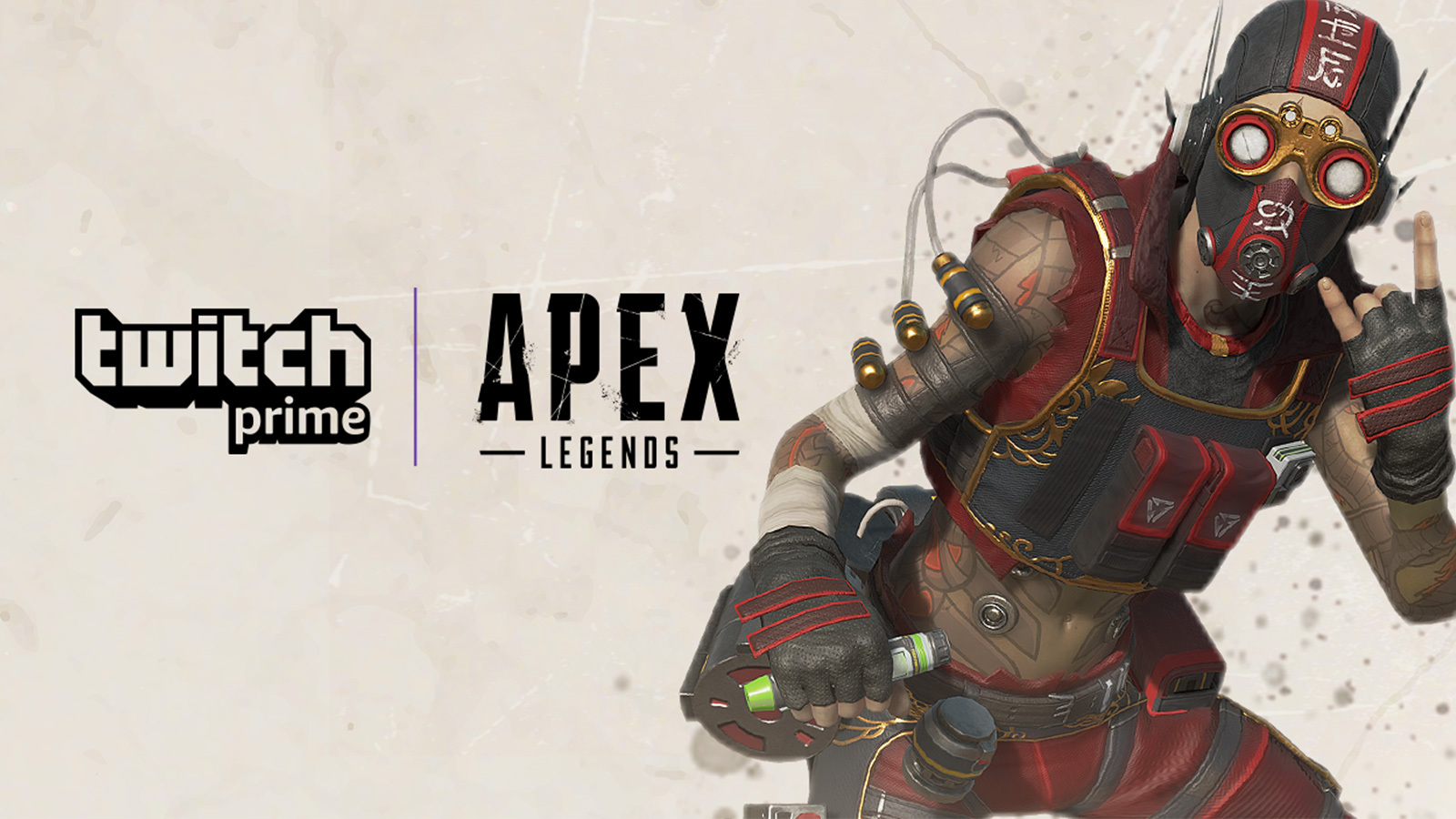 Quit stalling, how do we get the new skin?

If you’re a Twitch Prime member, you will need to head over to the official offer page here.

Once you’ve signed in, you’ll need to link your accounts – you can use this link to connect your EA account with Origin/PSN/Xbox Live. If you’ve already linked your account, your rewards will be there when you sign in!

You will also receive a notification on the top bar of the Twitch website (on desktop), where you can find all Twitch Prime loot.

Twitch Prime offers first-time users a 30 day free trial, which is perfect for players who want the new Octane skin, but haven’t signed up for the service yet. 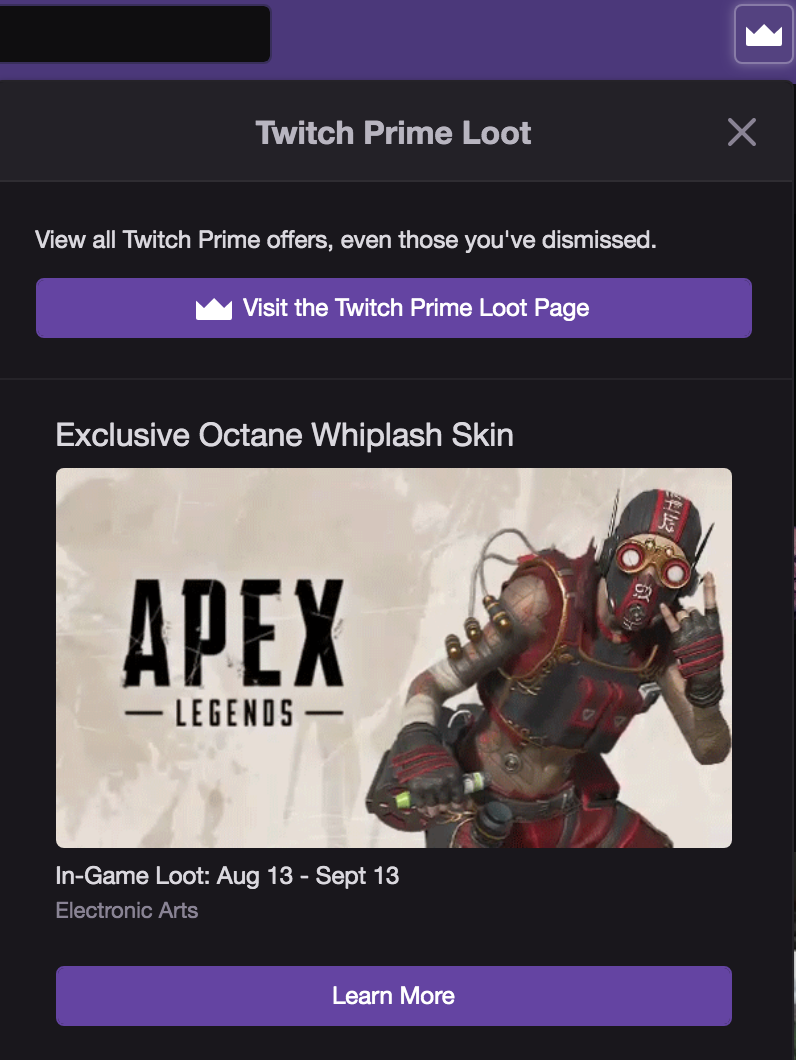 You can find all Twitch Prime loot here, under the crown icon.
[ad name=”article5″]

Octane isn’t the only legend to get a new skin for Season Two, the Iron Crown update has also brought new skins for every hero in the game, but if you want to complete the collection, you’ll need Twitch Prime.

Apex Legends Season Two also finally introduces Solos mode to the game, so you won’t have to rely on anyone but yourself after dropping in.

Pathfinder’s new skin especially has been a hit with fans.
[ad name=”article5″]

All seven (eight if you have Prime) new Apex Legends skins are currently live after being added to the game in the August 13 update.

There will be one new exclusive Twitch Prime skin coming for Apex Legends in the future, so be sure to have all your accounts connected if you want it.