A major glitch continues to plague Apex Legends, allowing players to soar high into the sky off of the many Respawn Beacons littered across the map.

It’s no secret that Apex Legends, despite being well into its second season, continues to be full of bugs, glitches, and exploits.

While many of these aforementioned things don’t have severe effects or consequences, a select few of them are drastic enough to be filed under the ‘potentially game-breaking’ category.

One such glitch allows players to obtain the power of flight after coming into contact with a Respawn Beacon – the large devices installed on the ground throughout that map where eliminated players can be respawned.

The gameplay footage below, captured by Reddit user ‘unyson,’ shows the player’s Bloodhound Legend springing to new heights after jumping on top of one of the Beacons.

The apparent cause of this glitch has to do with some odd coding that messes with the in-game physics and makes energy behave in a very unusual way.

All players have to do is punch a Respawn Beacon repeatedly, and since the structure is immovable and indestructible, the continuous melee hits leads to a massive amount of potential energy being built up in the character.

Once the necessary amount of punches have been thrown, the player then simply has to mantle on top of a Beacon and press jump, instantly translating all of that stored up energy into actionable kinetic energy.

The sudden release of all the energy turns a simple hop into a gargantuan leap that takes the Legend to the literal ceiling of the map. 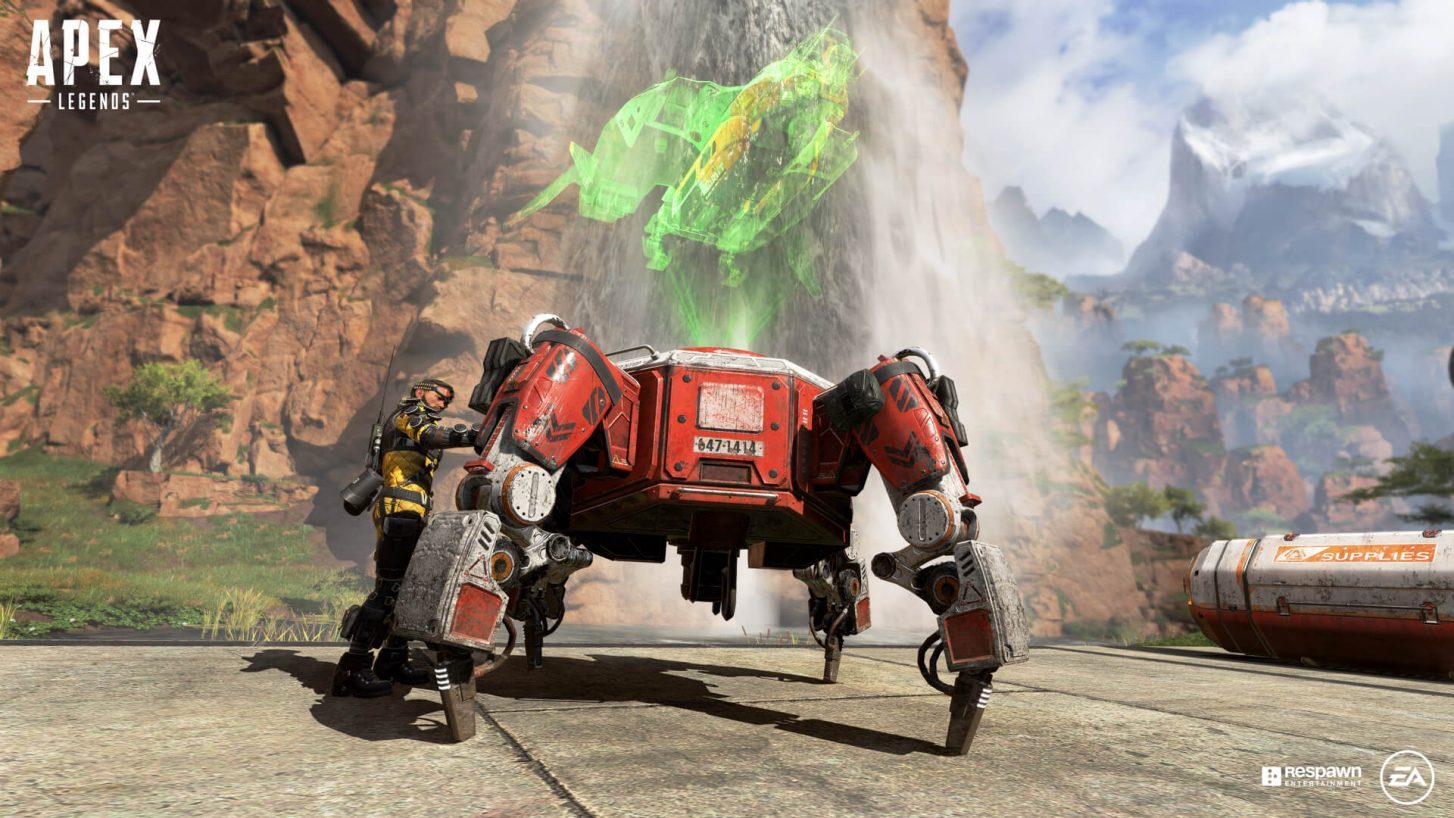 Punching these Respawn Beacons enough times will allow you to fly when jumping on one.
[ad name=”article5″]

If all that talk about punching objects to build up energy sounds familiar, that’s because it is. This glitch is fundamentally similar to another one that’s been in the game for quite a while, which allows players to do the same thing but with loot crates.

While the developers at Respawn Entertainment are undoubtedly doing their best to cleanse the game, it’s still pretty concerning that Season 2 is almost halfway done, and there are still inexplicable issues like this ruining players’ gaming experiences.