It appears that Apex Legends players who compete in the new Ranked Leagues will receive special rewards at the end of Season 2.

The highly-anticipated second season of Apex Legends injected a lot of new content and major changes into the popular battle royale.

One major addition was the Ranked Leagues mode, which introduced ranked play and skill-based matchmaking in the game for the first time.

When this mode was launched, Respawn announced that players would receive rewards that would let them “show off their accomplishments,” but the developers haven’t yet gotten into detail about what these rewards actually will be.

Now, thanks to prominent data-miner That1MiningGuy, the names of the end-of-season rewards have been found in the back-end of the game files and leaked.

In case you missed. Currently these are the end-season ranked rewards. pic.twitter.com/nDCWmBBVaT

As expected, these rewards will be based on the various divisions within the Ranked Leagues mode, although it’s not clear whether players will have to maintain a division to get that tier’s reward, or just simply reach it.

As for the rewards themselves, at least the one shown in the leak, they are primarily Badges, Weapon Cosmetics, and Dive Trails, and it’s likely that players will receive every item up to the one that belongs to the highest division they managed to rank up to.

This means that those who reach Apex Predator status could receive as many as 18 items for their exploits, and possibly even more if there are going to be other rewards that aren’t included with this leak.

Players will likely receive their rewards when the first competitive period, or “Series,” concludes. The first Series, which started at the beginning of July, is scheduled to end sometime during the month of September. 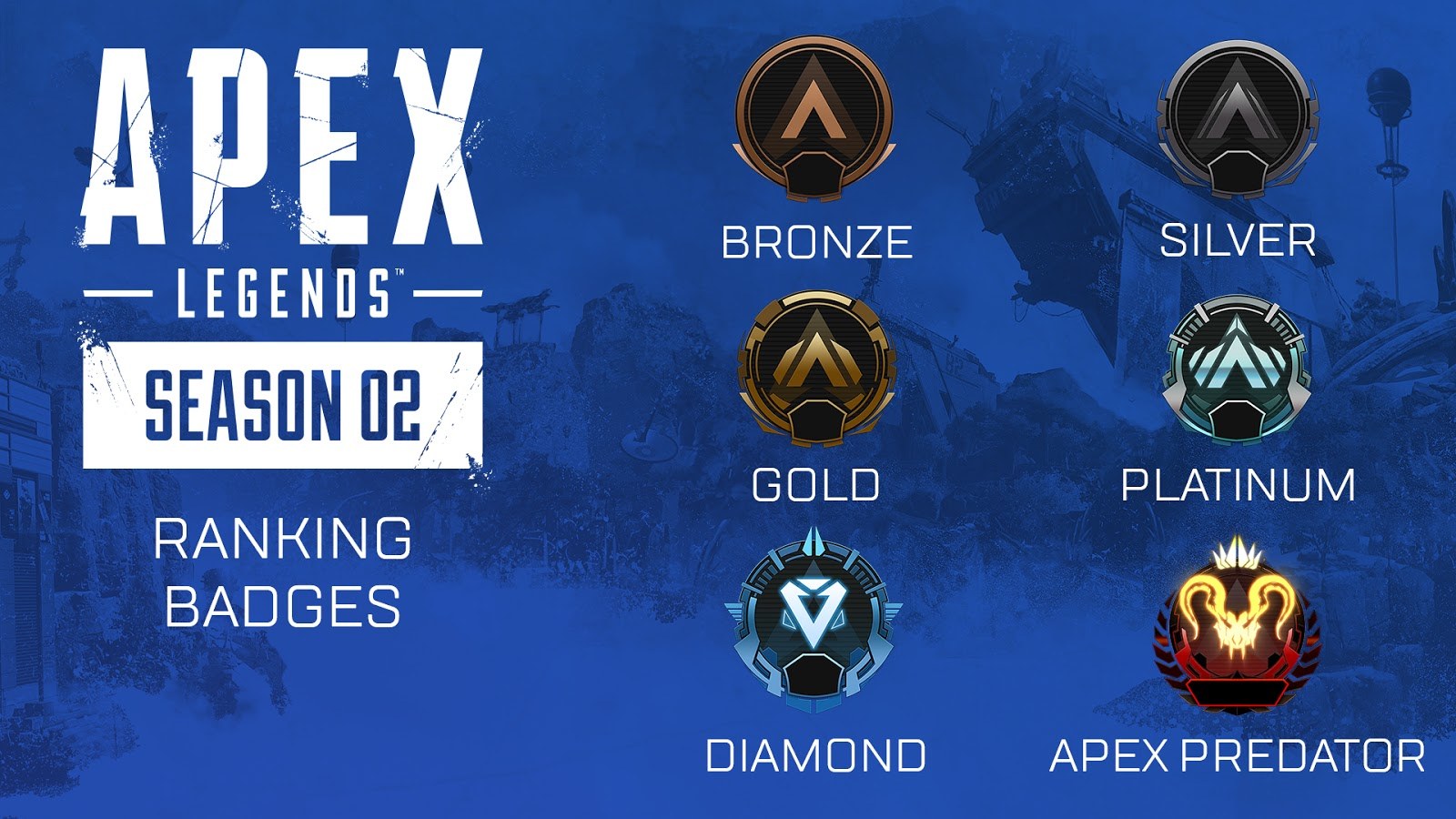 Apex Legends Ranked Leagues – how does it all work?

Apex Legends’ ranked mode is based on competitive periods called Series’, which last several months and give players the chance to try and rank up as much as they can until the period ends.

There are six different ranks, each one requiring a different amount of Ranked Points (RP) to access. The highest rank currently available is Apex Predator, which requires 1000 RP to achieve.

RP is earned during each match based on performance, which includes both eliminations and placements. Conversely, queuing into a ranked match costs RP, with the higher ranked matches costing more than the lower ones.