The developers of Apex Legends have acknowledged one of the game’s most frustrating bugs, which sees character Octane become basically useless when using his Stim ability.

Apex Legends had a relatively stable launch back in February, but since then bugs and glitches have continued to plague the popular battle royale title.

One of the most annoying issues players have found concerns the game’s newest Legend Octane, leaving players unable to perform any actions while using his Stim ability, although it’s likely that a fix is on the way. 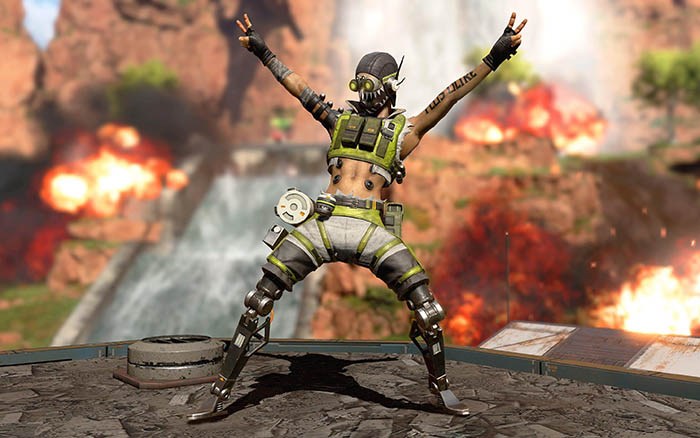 Octane is the newest character added to Apex Legends, but has suffered from a major glitch since launch.
[ad name=”article2″]

What is the Octane bug?

The bug that has been severely affecting Octane players dates back a full month, and leaves players who use the Legend in an extremely vulnerable position.

If players using Octane attempt to use their Stim ability – which makes players move 30% faster for six seconds – while mantling, they become stuck in the animation for the entirety of the ability, unable to use any weapons, loot or even pull up your inventory.

The most annoying Octane bug that the devs have yet to address… I think this is the best video of it. from r/apexlegends

This glitch is obviously extremely unfortunate for the player, who is essentially unable to play the game for six seconds. If a player attempts to use Stim to gain an advantage in a gunfight and end up facing this glitch, they are unable to fire back at their opponent, giving an easy kill to the enemy with no hope of retaliation or defending themselves.

Octane bug, sometimes he doesn’t pull his weapons out when u use his q… u can see how i change weapons but nothing comes up, this bug happened multiple times. from r/apexlegends

While players continue to express their frustrations with the issue, there is hope that a fix is on the horizon, as the developers of Apex Legends have confirmed that they are aware of the issue.

When the glitch first reared its head back in April, a member of  the game’s development team named /u/Scriptacus on Reddit confirmed that he had passed information on the bug along to the team to be fixed.

This should mean that Apex Legends players who mainly use Octane should find the issues cleared up in the game’s next major update, although an official release date for the patch and the fix for Octane has yet to be revealed.