An Apex Legends character was floating around the heads of Respawn Studios earlier than expected.

The character appears as an unfinished model in a section of the art book that discussed graphic techniques in Titanfall.

Although Bloodhound never made it in to Titanfall, the concept was finished to the point that the appearance in Apex Legends is almost identical. The character was first spotted by YouTuber Miguel Lozada.

Bloodhound was in the Titanfall 2 Art book… who else will be used as a legend in #ApexLegends? Tons of amazing concepts in the book! pic.twitter.com/sGr5oktKVu

There are some differences, notably the rifle strapped to their chest and the bow and arrow. Are those weapons possibly headed to Apex Legends at some point in the future? 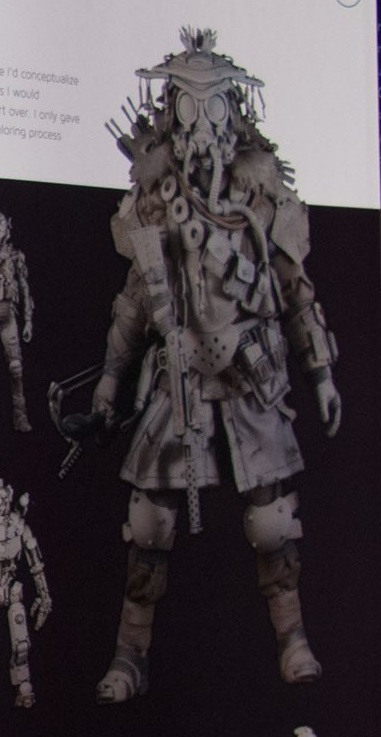 If Bloodhound brought that bow into Apex Legends, we would not be upset.
[ad name=”article3″]

Apex Legends takes place in the Titanfall universe, though Respawn stated it was a part of the world that Titanfall 1 and 2 never explored.

With Titanfall 3 reportedly no longer in development, a number of unused concepts from the games may work their way into Apex Legends at some point.

An earlier version of this article incorrectly indicated the art book was for Titanfall 2.