Caustic is one of the least popular Legends to use in Apex Legends, but popular YouTuber ‘The Gaming Merchant’ has come up with 10 tips and tricks that can help players use the character much more effectively.

When ranking their favorite Legends to use, most Apex Legends players will have Caustic towards the bottom of their lists. Many simply don’t believe he is viable enough when compared with some of the other more powerful Legends, especially when it comes to ultra-competitive play in the ranked mode.

Like every other character, the Toxic Trapper has three abilities at his disposal:

Caustic’s abilities all focus around his deadly Nox Gas.

However, just because a lot of players may agree that Caustic isn’t the best Legend doesn’t mean he’s useless. In fact, when using his abilities to their maximum potential, he becomes quite potent.

Below you can find 10 tips and tricks that The Gaming Merchant suggests to always keep in mind when looking to be successful with the Legend.

How to be successful with Caustic in Apex Legends

Gas Traps get triggered if an enemy player is around it, so they can be a good tool to clear out buildings when searching through them.

Always throw them in rooms and hallways before advancing so that you can know if someone is there or not. If there is an enemy hiding, the Gas Trap will not only let you know but it’ll damage them a bit to boot.

2. Constantly pick up your Gas Traps

Caustic can deploy up to six Gas Traps at once, but you never have to worry about running out if you always keep picking them up. If you’re throwing them to clear out rooms and hallways, as soon as you see no one is there just pick them up because you always want to keep your stash maxed out. You don’t have to wait for an enemy play to come around to activate your Gas Traps, you can do so yourself simply by firing at them.

If you’re about to engage an enemy team, throw your trap ahead of time and then shoot at it so that it’ll begin to release the gas. Even if that doesn’t directly damage your opponents, it’ll give them something to think about and stir confusion in the gunfight.

4. Use Gas Traps for cover

Nox Gas Traps provide cover in more ways than one – they can be used to release Nox Gas that opponents can’t see through and they’re also physical objects that Caustic can hide behind.

Use this to your advantage by staying close to the traps in gunfights, as you can see through the gas to keep track of enemies and use the traps as a barrier between yourself and enemies.

If you want to loot through a Death Box that’s in an open area, deploy two or more Gas Traps and shoot at them so that they’ll activate. The gas they release will give you 10 seconds to loot through the box without anyone potentially catching you off guard. 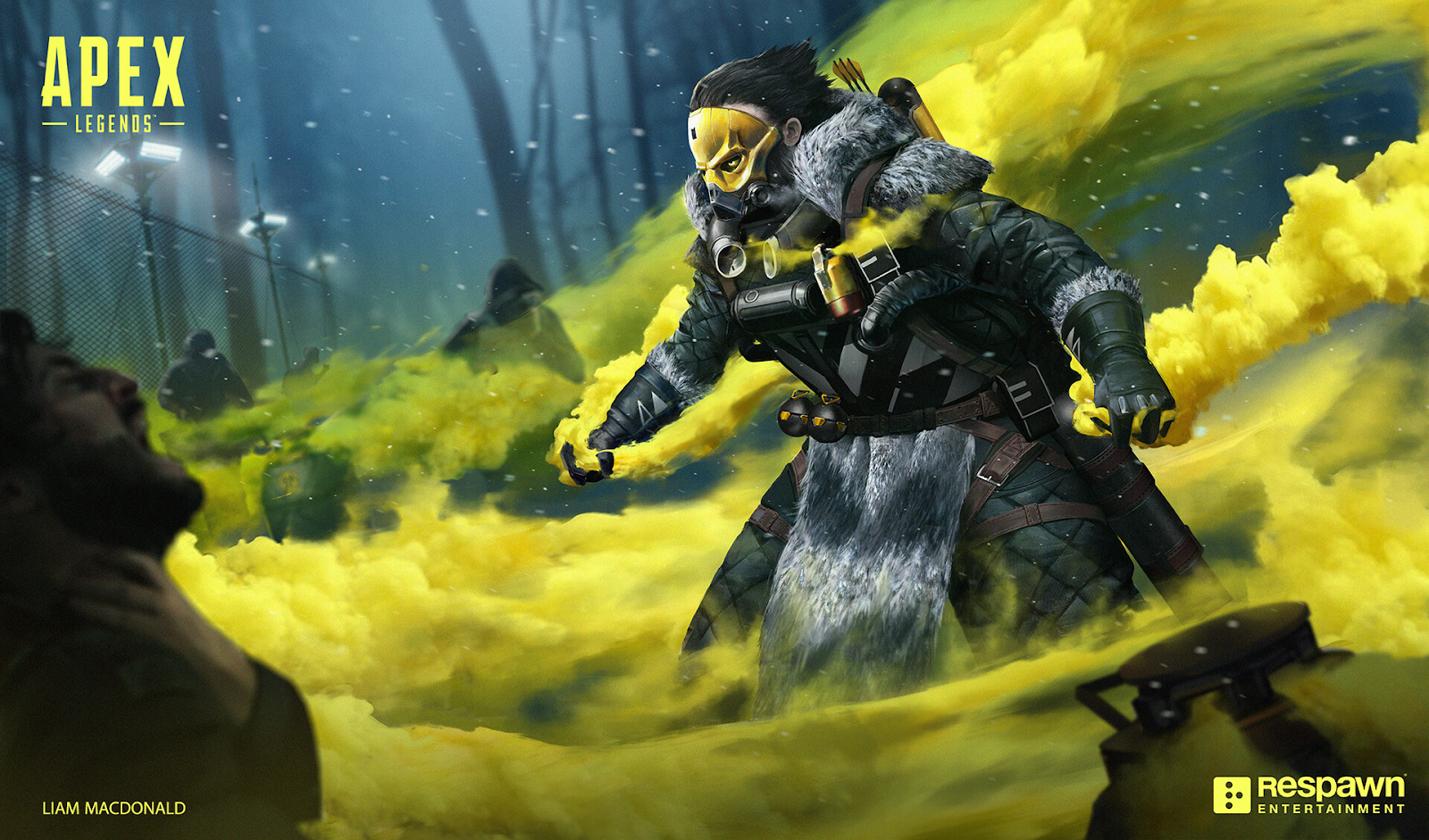 Shooting Gas Traps will activate them, which can catch enemy players off guard.

If you are fighting a Wraith who tries to activates a portal, put a Gas Trap in front of the portal’s entrance and shoot at it, just in case she tries to bamboozle you by coming back.

If she does, the already-activated trap will confuse her and deal instant damage, opening up an opportunity for you to win the gunfight.

A lot of Caustic players will make the mistake of putting Gas Traps directly in front of doors. While this may help trap enemies, it’ll also prevent your from escaping if things don’t work out as your had planned.

A good idea is to still place Gas Traps in front of doors but just far enough so that you can get through the doorway, while not allowing the door to open from the outside.

8. Use Ult to bait enemies chasing you

A lot of aggressive players will try to chase you down after inflicting some damage, but you can effectively counter-attack them by seemingly running away into a closed area and activating your Ultimate Ability.

Once the chasing enemy team catches up to you, it’ll be too late for them as your Nox Gas Grenade will have them disoriented and blind, at which point you can wipe them all out with relative ease. 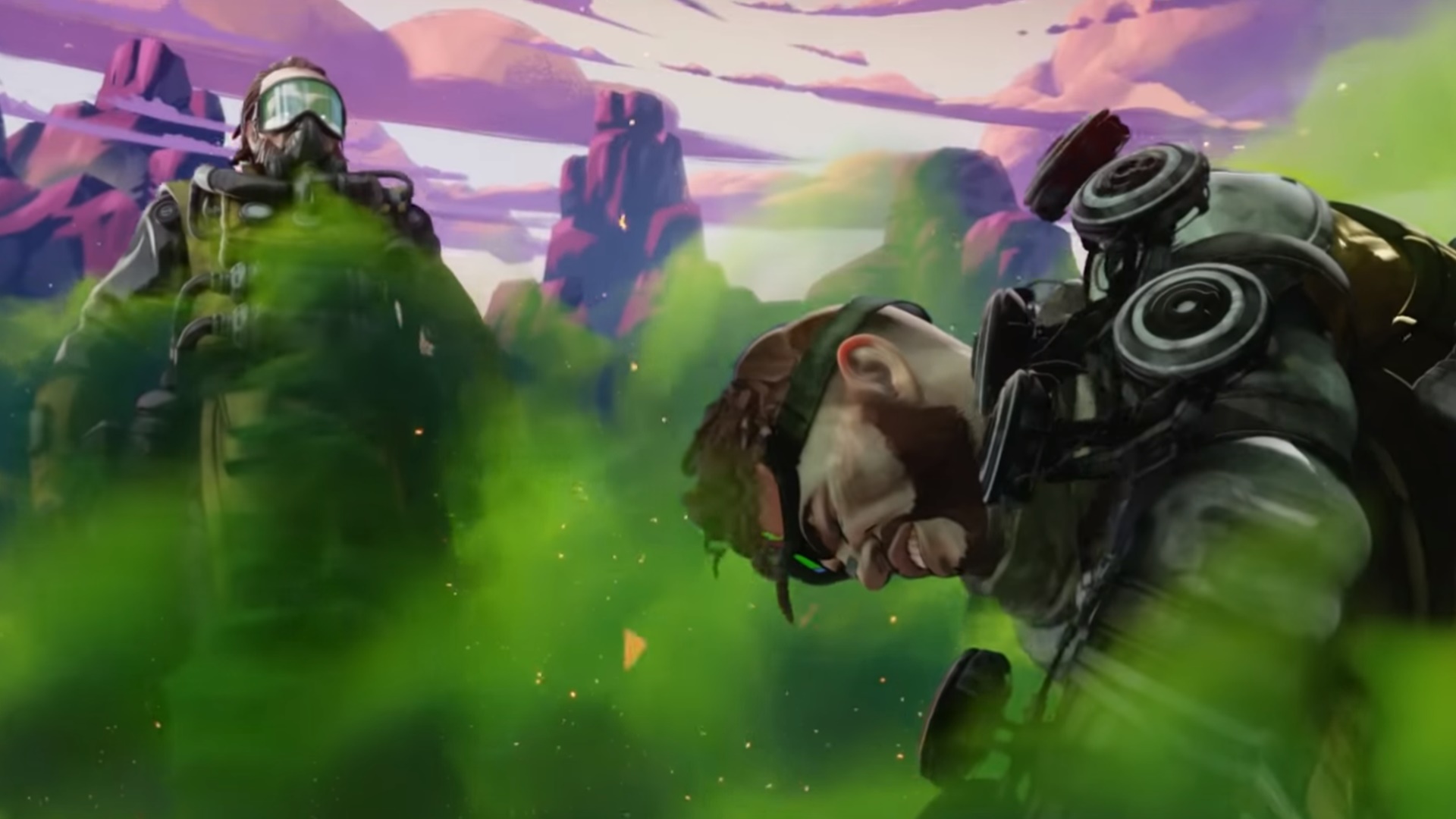 9. Combine your Ult with Jump Towers

If there are enemy teams fighting each other in an open area where there is a Jump Tower nearby, a very strong tactic is to ride the Tower and then throw your Nox Gas Grenade right when you reach the top.

This will allow your Ult to hit the enemy teams and activate right before you land, at which point no one will know who’s who except you, thanks to your Nox Vision.

As mentioned above, Caustic can have up to six Gas Traps deployed at once, but even if all of them are placed down, the Legend will still have three in reserve that can’t be placed.

This brings your total number of traps to nine, which you can stockpile if you’re engaging at enemies from long distances and don’t need to use any right away. Simply place three down next to you and still hold six in reserve.

For a visual demonstration of all of these tips and tricks, check out The Gaming Merchant’s video below:

Hopefully these tips and tricks will inspire you to use Caustic more in Apex, because he can still be a very viable Legend against a lot of less-experienced players!