Diehard Dragon Ball fans have seen their favorite heroes go through insane transformations that reach or exceed godlike potentials. But one anime artist used their talents to remind Vegeta fans of the good old days of powerful Saiyans.

Dragon Ball is undoubtedly one of, if not the most, easily recognizable anime franchise in the world. The series has taken its main characters through multiple iterations.

In Goku’s case, fans have even seen him start as a kid all the way to his Ultra Instinct form. While the show only gets more epic as time goes on, artist ‘dragongarowLEE’ reverted back to simpler times with a stunning reminder for one of Vegeta’s initial transformations. 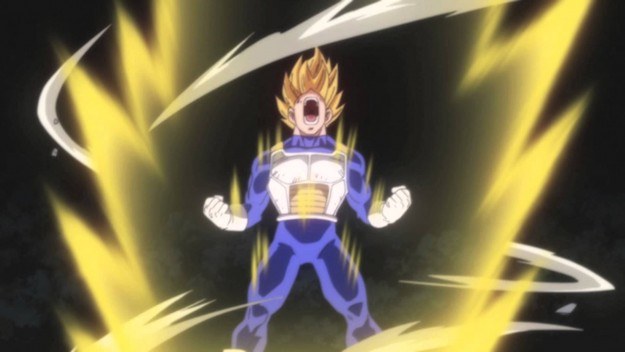 Vegeta has had tons of transformations, but not quite as memorable as Super Vegeta.

Super Vegeta in all his glory

Lee’s take on the Prince of Saiyans shows the character with all of the bulging muscles that struck fear into Cell’s second form.

Even though the transformation isn’t quite at Super Saiyan 2 levels of power, its reveal during the Cell Saga was an astonishing reminder to never underestimate a pissed off Vegeta.

The artist even gave their take on Vegeta’s signature smug smirk that he briefly flashed before going all in against the unrefined Cell form.

How powerful was Super Vegeta?

Newer fans might feel a bit underwhelmed about the design since it shows off a form of Vegeta way before he unlocked there series’ later forms.

But make no mistake, before Gohan introduced Super Saiyan 2, this was the limit for Vegeta’s initial Super Saiyan form achieved over countless hours spent in the Hyperbolic Time Chamber.

When the Z Fighters needed it the most, Vegeta was able to pull through to take on a transformed Cell. The power emanating from Vegeta was more than enough to take on Semi Perfect Cell before it all fell apart.

Vegeta got a bit too cocky in his new transformation, and paved the way for Cell to reach his ultimate form. After that, even Super Vegeta was no match for Perfect Cell.

Lee’s design is a perfect rendition to one of the pinnacle moments of Vegeta’s story, which has seen him be his own worst enemy more often than not.