The new partnerships follow up a 2018 initiative when Netflix signed Production I.G to make Ghost in the Shell: SAC _2045, subsidiary WIT STUDIO to create Vampire in the Garden, and Bones Inc. to run the Super Crooks adaptation.

In a press release, Netflix announced that it will work with Anima, Sublimation, and David Production to create original series including an anime adaptation of Altered Carbon, Dragon’s Dogma, and SPRIGGAN, respectively.

Netflix will turn the popular video game Dragon’s Dogma into an anime with the new deal.

The media streaming company locked in the studios in pursuit of their initiative in making Netflix the anime hub people will look first for quality titles.

“Netflix aims to be the most compelling and attractive home for anime fans, creators and production studios,” said Netflix Director of Content (Japan), John Derderian. “We are creating an environment where production houses can do their best work, and deliver their shows on a service where we connect anime fans from over 190 countries to content they love.” 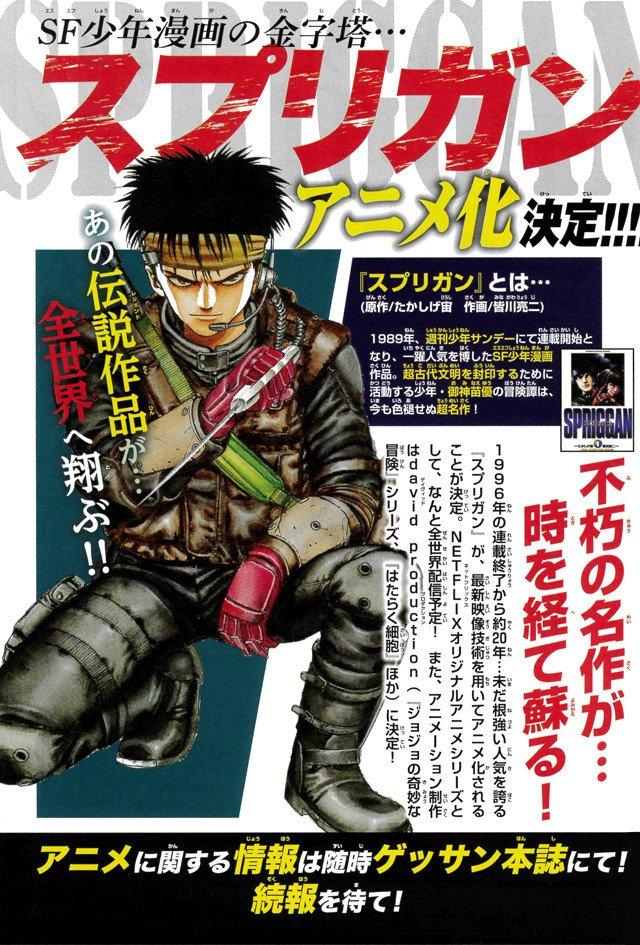 Netflix Japan Anime retweeted the image of Yu Ominae in excitement over the new Spriggan adaptation.

Fans should instantly recognize the headline titles of the new deal. Altered Carbon: Resleeved will be a spin-off of the hit Netflix Original series that reveals more about the show’s mythos.

Dragon’s Dogma will hit home to many CAPCOM fans, as the adaptation will reimagine the legendary RPG franchise in a new series.

Finally, SPRIGGAN will of course be based off the classic manga by Hiroshi Takashige, and will be made by the same company behind JoJo’s Bizarre Adventure.

Netflix’s commitment to its quality of shows will ensure the studios have ample time to produce their series, and no release dates were announced for the new deals.